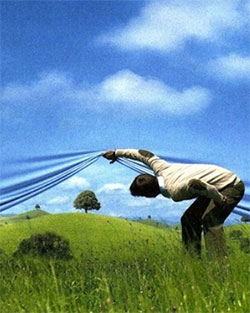 We find ourselves at a critical time in history, on the brink of self-destruction, yet under the spell of so many lies, illusions and false realities.

A survey of the actors on stage reveals the shocking truth that so many of the would-be/could-be change-makers out there are absent, sidelined, and simply not present or available for action when we need them most.

Instead, so many of us are totally engrossed in entertainment-based lifestyles, substituting games, fantasies and phony arenas for the drama and achievement of real life.

Where are all the young warriors and radicals out there who won’t stand for the abuse, oppression, surveillance, tyranny, and debt slavery being handed down by older generations?
And why do so many young people seem to care not at all about world events, the quality of government, or the future of our society and culture?

It really is no accident that so many are too pre-occupied to occupy, for after all, we do live in the matrix, a sort of glorified hamster cage for the human race, where controlling interests pre-design our lives by entrapping us with pre-set choices, all the while cutting off exit-strategies for those who’d rather opt-out.

Work, consume, obey… and have fun! That’s our life’s mission, so we’re told.
Lifestyle is a major appeal of the matrix, and while the financial component of this prison keeps us all hustling more than 40 hours a week for fiat money, it is the entertainment industrial complex that successfully claims ownership of the rest of our time and energy.

Dealing in distraction and misplaced priorities, entertainment is big business. Huge. It steals time, energy, money, and values, keeping us too busy and too uninformed to challenge the elite architects of our Brave New World.
It wants you to organize your life around their offerings of circuses and cake, aiming to short-circuit your survival instincts and your natural drive for conquest, achievement and adventure.

It wants as many of us as possible to remain complacent and compliant, to be nothing but worker-bots without the drive, reason or time to revolt, and no interest whatsoever in pursuits of the mind and spirit.
With so much absent-minded pressure to conform, is it possible that you’ve already become a tool for the entertainment industrial complex?

Are you ignoring the big questions in life, remaining neutral and apathetic to the great challenges we all face? Here are some sure signs that this is indeed the case:

1. You’ve mistaken sports for actual warfare. The natural human male drive for conquest and plunder has been co-opted by televised team sports, and people take it so seriously that sports riots are a growing form of civil unrest.

2. Your speech is largely comprised of movie and television quotes, therefore, you can only communicate with others who share your devotion to sitting on your duff watching programming.
“Sitting in front of a big screen, watching life go by. You want to be like what you see, every time you close your eyes.” – Ziggy Marley 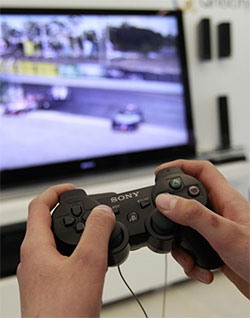 3. Instead of building an interesting and real life, you invest much of your time in video games, creating avatars of yourself to digitally co-mingle with other avatars, supplanting real experience with digitized fantasy.
“Video games have become the black market of male achievement.” – Stefan Molyneaux

4. You’ve become a partying machine, placing top stock on your ability to get drunk and high. Nothing is more important to you than rocking out with your friends, raving and filling you head with booze, drugs and tunes.
If someone speaks up about the world, you shut them down by calling them a “Debbie Downer”, for there is nothing more important than being lit and having fun.

6. You’re willing to finance your entertainment lifestyle, cheerily leaning on credit cards to keep the good times flowing. Whatever it takes.

7. You’re hopelessly hooked on smartphones and sweet apps, always carrying yourself about with “text-neck”, living in a permanent blind-spot, never noticing your surroundings, chasing Pokemons or whatever.

8. You’re even slightly concerned about happenings in the lives of celebrities, worshipping their tailored looks and crafted public images, as if you too can someday participate in their lavish, pampered lifestyles.
You can’t identify important historical figures, but you know all the current pop-stars and trend-setters.

9. You find yourself using entertainment as a coping technique for enduring a hated job you settle for and a life you can’t stand. Entertainment is a survival mechanism that fills a void in your life.

To be a tool for the entertainment industrial complex means that you are a non-combatant in the war for consciousness, and a non-threat to the powers that be.
These tools are everywhere nowadays, engrossed in performing tricks and getting their kicks.

If any of this applies to you, then you’re missing out on the great adventure of your life, and you’re way behind the curve in the revolution of human consciousness. The world around us screams for the attention of brave, heartful people. Are you ready to get in on this game?