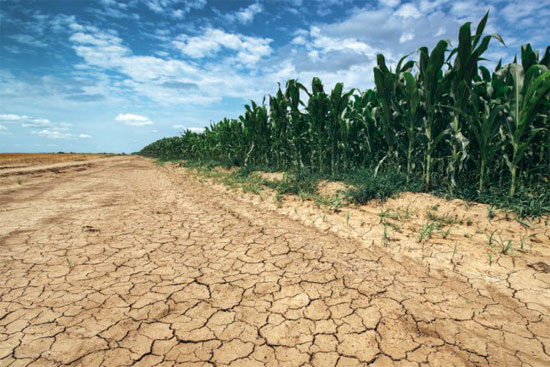 Scientists continue to genetically engineer plants that are becoming less and less like anything that nature ever intended, and in the process, many of them are overlooking some very useful natural alternatives.

One such solution was recently discovered by researchers at Japan’s RIKEN Center for Sustainable Resource Science (CSRS). After studying a new biological pathway that is activated in plants during droughts, they found that they could give plants a higher tolerance for drought simply by growing them in vinegar.

The study, which is published in Nature Plants, was led by Jong-Myong Kim and Motoaki Seki. The researchers looked into the mutation in the plant enzyme HDA6 to determine the mechanisms behind its protective effect on plants in drought conditions.

They found that the biological pathway that is activated in these plants produces acetate, which also happens to be the main component of vinegar. They discovered that the HDA6 enzyme essentially functions like a switch controlling which metabolic pathway is active. While the plants use sugar for energy under normal circumstances, they switch to the pathway that produces acetate during droughts.

They also found a direct correlation between the acetate levels the plants produced in drought conditions and their survival rate. This led them to reason that a plant that has high amounts of acetate would be better equipped to withstand a drought.

They then tested this hypothesis by treating some Arabidopsis plants with acetic acid and others with water or other organic acids and growing them in drought conditions to compare the results. The plant is a close relative of cabbage, kale, and cauliflower and is often used in experiments because of how readily it displays changes.

After two weeks, 70 percent of the plants that were treated with the acetic acid survived; nearly all of the other plants had died. The other acids that were used unsuccessfully included hydrochloric acid, butyric acid, formic acid, citric acid and lactic acid.

Other plants showed similar results when grown in vinegar

After mapping the signaling pathway of the HDA6 switch, the researchers discovered that it is conserved in many other plant species as well. The same experiment showed increased drought tolerance in maize, wheat and rice when they were grown using acetic acid. They found that the optimum concentration was 40 parts of water to one part of vinegar.

This simple technique eliminates the need for transgenic technologies, which means it is not only safer but also much easier to apply around the world. Kim said: “We expect that external application of acetate to plants will be a useful, simple, and less expensive way to enhance drought tolerance in a variety of plants.” 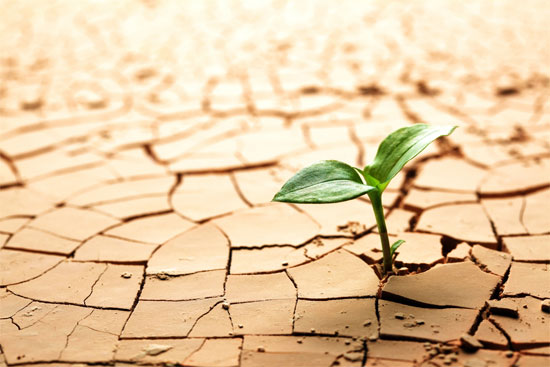 Further research is expected into the consequences the vinegar could have on the plant’s overall health. For example, the acetate response was connected to the way the plants used jasmonic acid, which they produce to defend themselves against fungus and insects. Additional studies will likely explore this link further to ensure there are no ill effects.

Should this turn out to be as promising as it appears, farmers could have a very valuable ally in vinegar when it comes to protecting crops from drought. It is an inexpensive and safe solution, and it is hoped that larger-scale studies with other plants will yield similar results.

Vinegar can also be used as a natural and eco-friendly way to kill weeds. It must be applied only to the weeds that are being targeted, and it should be done on a sunny day as sunlight activates the vinegar. While all types will get the job done, white vinegar is the most popular choice because it is the most inexpensive.

Given its ability to help plants survive drought in low concentrations and to kill weeds in higher concentrations, vinegar could well prove to be an indispensable item for every gardener and farmer to keep on hand.