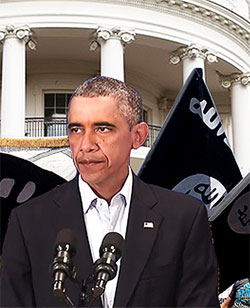 If you might have the impression that Barack Obama was the first US president that established close ties with various terrorist organizations across the world, you would be bitterly disappointed when you learn the truth. Even though Washington has always been pretty vocal about fighting terrorism, as a matter of fact, it nurtured various terrorist groups across the globe to undermine unwanted governments, seeking destabilization and consequent toppling of those governments that refused to bow to the so-called Western champions of democracy.

That’s exactly how Washington created al-Qaeda back in 1988 to fight Soviet influence in Afghanistan. Similarly, a quarter of a century later, the Obama administration created and armed the so-called Syrian opposition, that was later transformed into a dangerous and pretty disgusting weapon – ISIS.

It should also be noted that out of a number of various groups that form the core of ISIS, Jabhat al-Nusra has always been the most combat-capable one. It would regularly face the Syrian army units on the field of battle in northwest regions of Syria.

In turn, Jabhat al-Nusra is formed by 13 different subgroups that do only share a common command structure among them. But should Washington at some point abandon its support of Jabhat al-Nusra, the fighting capacity of these subgroups would be severely diminished. That’s why the United States refused to abandon its ugly brainchild for years, even when the circumstances would demand otherwise. Back in 2012 the White House was forced into recognizing this group as terrorist organization, but that was pretty much it as far as the War on Terror is concerned.

It’s true that Pentagon has wasted thousands of tons of ordinance, while pretending that it’s trying to destroy ISIS and its affiliates in Iraq and Syria, but there has been no real struggle as it was officially admitted by the US State Department spokesman Mark Toner.

Moreover, according to the revelations made by a Jabhat al-Nusra militant in his interview for the German journal Focus, Washington has been directly supplying the group with TOW systems to increase its fighting capacity.

But when Trump surprised everyone by winning the recent presidential election, the Obama administration has started covering up its criminal activities in the remaining days before the new president is inaugurated. Thus, the group that was engaged in a number of fishy schemes of the neocons over the years has found itself in the “to be cleaned up” list. 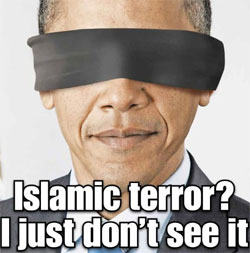 Pentagon knows the location of every hiding that shelters terrorist leaders, as it has been repeatedly stated by US officials, however those hidings remained undamaged for years. Before Trump got elected a single successful operation was carried out that actually resulted in a Jabhat al-Nusra commander being killed, but it remains unclear whether this operation was carried out by the Russians or the Americans, which leads us to the conclusion that Washington is more interested in propaganda wars than in actual struggle against terrorists.

All this looks like an awkward attempt to justify Obama’s prior reluctance to do anything about radical terrorists. Still, most Western media sources remain silent about the fact that Obama’s newfound determination is provoked by the fact that Trump is taking office pretty soon. Should there be an inquiry into the activities of the Obama administration after it’s gone, those terrorist leaders would be able to testify against Obama and his affiliates, that’s why they are being murdered in a hurry now.