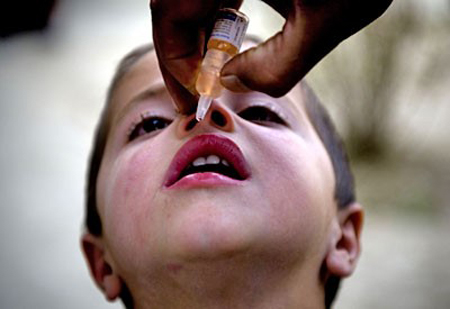 While fraud and corruption are revealed on almost a daily basis now in the vaccine industry, the U.S. mainstream media continues to largely ignore such stories. Outside the U.S., however, the vaccine empires are beginning to crumble, and English versions of the news in mainstream media outlets are available via the Internet.

Attitudes toward medical ailments and treatment vary widely, usually based upon the degree of trust in the type of health care practice that a patient believes to be the best healing method.
The American Medical Association (AMA) is an advocacy association that promotes the validity of medical therapy, but it’s heavily based upon manufactured designer drugs.
The establishment corporatist scientists have a tendency to claim a corner on proof. However, they often expound on their accepted view using selective memory. Facts can stand in the way of implementing the master plan when the so called humanitarian benefits remain elusive or worse, detrimental.

“Primum non nocere” (First, do not harm) as stated in The Hippocratic Oath is the original casualty in the practice of NWO health care.
To shareholders of the Big Pharma cartels, whether a vaccine is truly needed is beside the point. Although the throw away soundbite “Saving lives” is used to market the endless list of vaccines, it’s not really the goal…
The profits involved with the introduction of any new vaccine are immense. The dark high priestess of modern medicine, Centers for Disease Control and Prevention publishes on their site Possible Side-effects from Vaccines, and provides the obligatory disclaimer: “Remember, vaccines are continually monitored for safety, and like any medication, vaccines can cause side effects. However, a decision not to immunize a child also involves risk and could put the child and others who come into contact with him or her at risk of contracting a potentially deadly disease.”

A far more factual viewpoint is presented on Weigh the Risks of Vaccination: “A common assumption is that vaccines’ benefits outweigh the risks. But given evidence that the increase in the number of vaccines since the late 1980s may be linked to corresponding increases in many chronic childhood health conditions, do the benefits outweigh the risks of the current USA vaccination schedule? To answer this question, we undertook a theoretical analysis to calculate the risk from diseases to an unvaccinated child in the first 5 years of life, and then compare that to the risk of vaccine-injury in the first 5 years of life if that child is vaccinated per the USA schedule.

To make a valid comparison of disease risks to the unvaccinated child, we sought to calculate risk of injury from disease in two cases: 1) the risk in a highly vaccinated population and 2) the risk in a population with low vaccination. Where there is current evidence in the USA of herd immunity for a disease, this effect is considered in the highly vaccinated case.
To perform the analysis, we made several assumptions about how to calculate risk including a decision to focus on only four of the childhood chronic health conditions that may be vaccine-induced: Asthma, Autism, ADHD, and Allergies.”

The results from studies that conflict with the myths that are central to the pharmacology industry cannot be allowed to go mainstream and influence the public. Generating money is a foremost ingredient in the profit pill paradigm. Notwithstanding, a far more sinister objective lingers in the bowels of the medical eugenics labs.

Christina England writes in the essay Bill Gates’ Polio Vaccine Program Eradicates Children, Not Polio: “In the depths of cyberspace lurks a press release written by the CDC, confirming that the OPV, or oral polio vaccination, given to millions of children throughout the developing world, is causing them to develop vaccine-induced polio. Instead of banning the vaccination, as one would expect, the CDC has decided in its wisdom that the best way to tackle the problem is to maintain a high rate of vaccination in all countries!”

The report Depopulation: Gates pushes nanoparticle vaccine, Giant leap against mankind links to some disturbing information: “Depopulation might take a giant leap if a Helmholtz Centre for Infection Research (HCI) proposal in Grand Challenges Explorations is granted as it will have a million Gates Foundation US dollars to develop a nanoparticle vaccine on contact with human perspiration according to a written statement. Bill Gates, who has stated in a TED presentation, that vaccines are a favored method of depopulation, is promoting this project touted as a way to save lives, but raising concerns about negative eugenics and violation of the human right to self-determination including right to informed consent.”
The videoBill Gates Admits Vaccines Are Used for Human Depopulation reveals the ultimate objective of the vaccine strategy.

However, the world starts to react to the master programmer of the vaccine dispenser. India holds Bill Gates accountable for his vaccine crimes. A report published by Health Impact News stated: “While fraud and corruption are revealed on almost a daily basis now in the vaccine industry, the U.S. mainstream media continues to largely ignore such stories. Outside the U.S., however, the vaccine empires are beginning to crumble, and English versions of the news in mainstream media outlets are available via the Internet.
One such country is India, where the Bill & Melinda Gates Foundation and their vaccine empire are under fire, including a pending lawsuit being investigated by the India Supreme Court.” 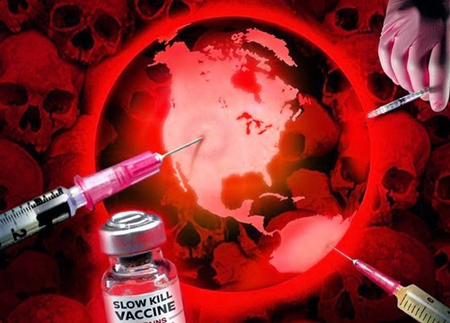 Is it not ironic that the master of internet infections wants to be the anti-virus specialist? Being in charge of reducing the “animal kingdom” (as they consider people merely another species of “animals”) must have its attraction for Bilderberg “surgeons” of the human matrix. While one of those nasty facts is that the bulk of the mankind “idiots” do not understand the nature of the global struggle, it is a monumental immoral leap to devise an injected answer to implement a death solution, to eliminate ignorance in order to protect the self-appointed and purported “enlightened” ones.

Jon Rappoport authors the articleNow we come to vaccines and depopulation experiments which should be read in its entirety. He writes: “You have to understand that every promoted so-called ‘pandemic’ is an extended sales pitch for vaccines.
And not just a vaccine against the ‘killer germ’ of the moment. We’re talking about a psyop to condition the population to vaccines in general.
There is much available literature on vaccines used for depopulation experiments. The research is ongoing. Undoubtedly, we only know a fraction of what is happening behind closed laboratory doors.”

You will not hear about this on White House bull horn MSNBC. Nor on other mainstream media channels. So keep reading.

“Depopulation has several objectives. Along one vector, it is an elite strategy designed to get rid of large numbers of people, in key areas of the world, where local revolutions would interfere with outside corporations staging a complete takeover of fertile land and rich natural resources.
An astonishing paper was published in November 1993 in FASEB Journal, volume 7, pp.1381-1385, authored by Stephan Dirnhofer et al.
Dirnhofer was a member of the Institute for Biomedical Aging Research of the Austrian Academy of Sciences. A quote from the paper: ‘Our study provides insights into possible modes of action of the birth control vaccine promoted by the Task Force on Birth Control Vaccines of the WHO (World Health Organization)’.
A birth control vaccine? Yes. It’s already here. A vaccine whose purpose is to achieve non-pregnancy where it ordinarily could occur. This particular vaccine was apparently just one of several anti-fertility vaccines the Task Force was promoting.”

This essay is a thorough summary of the health scares and the comprehensive program to reduce the “useless eaters”, as the Illuminati consider most of the human beings to be. What an accommodating medical system that breeds the artful practice of implementing the pro-choice termination outcome, when actual choice is never given!

Martin S. Pernick, PhD, addresses Eugenics and Public Health in American History, which provides U.S. legal precedent and standard for mandatory compliance.
“Forcible sterilization of the unfit like-wise drew on both the values and the example of infection control laws. The main legal precedent cited in Buck vs Bell, the 1927 Supreme Court decision upholding involuntary eugenic sterilization, was Jacobson vs Massachusetts, the 1905 case allowing mandatory smallpox vaccination.”
As Justice Oliver Wendell Holmes explained in Buck vs Bell: “The principle that sustains compulsory vaccination is broad enough to cover cutting the Fallopian.”
In making this connection, the Court identified three key values that compulsory sterilization shared with vaccination laws. First, preventing disease was better than coping with its consequences. Secondly, the collective well-being of society could outweigh the interests of individuals who posed an alleged health menace. And third, state power could compel compliance with health measures when persuasion alone appeared inadequate.

Take for example the Ebola panic driven by the US media, and also by the CDC and the Obama administration. The underpinning that vaccine treatment is automatically the health miracle that infectious diseases medicine would have you believe in goes mostly unchallenged within the political establishment. The huge windfall profit to the pharmaceutical labs that claimed to have a cure for the Ebola epidemic may in fact have been a side show. More likely the psyops exercise may well be part of an experimental trial run to prepare the public for the eventual compulsory shots directives.

If vaccines carry substantial risks under normal treatment, just what should the compliant people expect when a true global militarized pandemic is released by the NWO elites?