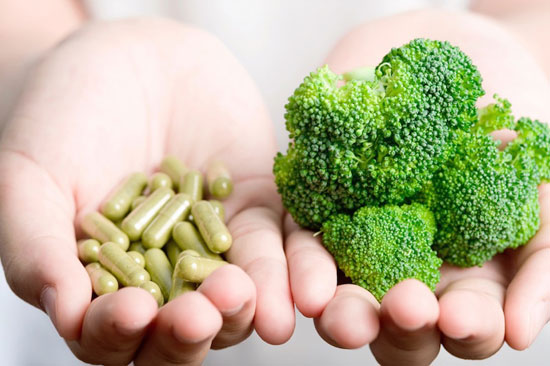 The life-changing disease Type 2 Diabetes is on the rise worldwide, and especially alarming is the fact that rates are on the rise among children and teenagers, potentially condemning them to a lifetime of dependence on pills, shots, blood-sugar testing, and doctor’s visits.

There are many natural alternatives to popular prescription medicines, in fact, many of today’s pharmaceuticals are derived from plants, and now concentrated broccoli is being seen as a potential treatment for diabetes.

Sulforophane is a miracle compound you have probably never heard of. Found in its highest concentrations in broccoli, and especially broccoli sprouts, the compound is something anyone can grow in their kitchen and consume on a regular basis for very little money, and is being shown to have a beneficial effect on many aspects of health.

“Sulforaphane is a precursor nutrient. Meaning, when it enters the body, it starts out as something else and is processed into the super beneficial compound which can stop cancerous tumors from doubling, and help diabetics to balance their blood sugar levels, among hundreds of other clinically-proven health benefits.” – excerpt from an article from Waking Times.

Regarding this study, control participants were given the equivalent of 5 kilograms of broccoli every single day for a number of weeks, some 100 times the amount of sulforophane found in broccoli. The results indicated that the concentrated dose lowered participants’ blood sugar by up to 10% more than participants given a placebo, an encouraging outcome.

“The extract reduced blood sugar levels by up to 10 per cent in people with the disease.

Type 2 diabetes usually develops around middle age, often in people who are overweight. Their body stops responding to insulin, which controls the level of glucose in the blood. Abnormal insulin regulation causes a rise in blood sugar levels, which can raise people’s chances of heart attacks, blindness and kidney problems.

People with the condition are often prescribed metformin, which helps to lower blood glucose. However, as many as 15 per cent cannot take this therapy because of kidney damage risks.” excerpt from an article from Waking Times.

Dr. Rhonda Patrick remarked on the potential of this discovery:
“Type 2 diabetics given broccoli sprout extract containing 150 μmol sulforaphane for 12 weeks lowered blood glucose levels by 10% compared to placebo. Broccoli sprout extract reduced HbA1c by 7.04% in obese patients with dysregulated type 2 diabetes. It has been demonstrated that a 1% decrease of HbA1c corresponds to 37% reduced risk of microvascular complications.

In animals, sulforaphane also attenuated exaggerated glucose production and glucose intolerance by a magnitude similar to that of metformin.”

In 2012, the worldwide market for diabetes management drugs was nearly $37 billion, and has continued to rise since. The idea that concentrated vegetables could soon be complimentary, or perhaps even replace in some cases, to the standard pharmaceutical treatments it’s a very good news for the patients but not so good for the Pharmaceutical Industry who makes big money from prescription drugs against diabetes.

In recent years, concentrated broccoli has also been researched as a treatment for high blood pressure, damaged lungs, some cancers, and even seen as a possible preventive measure against strokes.

What you’re not supposed to know about recovering from diabetes, though, is the fact that many people are having success in totally reversing this condition with a major shift in diet, including the consumption of an abundance of raw vegetables.

Find Happiness By Giving Up These 15 Things