Professor Discovers Mushrooms That Break Down and Destroy Cancer Cells

Cancer research has tried many unusual ways of treating the dreaded disease, from scorpion venom and bee stings to mistletoe extract treatments. But what this professor has discovered might become the strangest cancer discovery of the decade. Researcher, and the head of Oral Robert University’s Cancer Lab, Dr. William Ranahan has successfully trained mushrooms to destroy cancer cells.
“We have mushrooms growing just on cancer. They’ve figured out how to break them down,” Ranahan said. 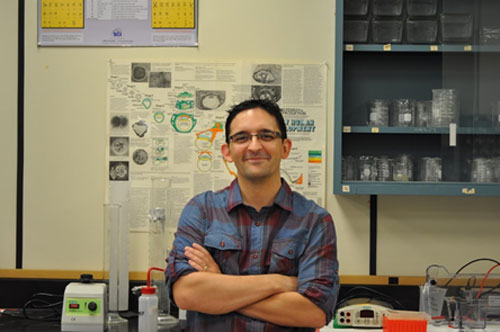 Ranahan always had an interest in cancer research and has received an award for advances in breast cancer research in 2014. Back then his main focus was on silencing a specific hormone called prolactin to stimulate cancer cell death. This discovery received a $4 million grant for further study.

Recently, he had a new discovery that might become his new main area of research.
Thinking about how mushrooms are genetically close to humans, in fact much closer than plants, Ranahan had a “eureka” moment, an idea surfaced about using mushrooms as a cancer cure but not the same way it has ever been done before. Because mushrooms absorb and break down any material they grow on, Ranahan decided to use mushrooms to see if they can break down cancer cells.

He searched for any other similar studies, but could not find any. Some studies used mushrooms to study potential anti-cancerous properties when eaten or used as medicine, but there was zero studies using his method.

He needed $50,000 grant to start his research and was waiting for it, when someone heard about his work and donated the full amount. Ranahan immediately started working on the study using one engineering student to help him, and together they created an “interface that allowed growing mushrooms to interact with living cancer cells”.

The experiment was successful – the mushrooms started breaking down cancer cells.
“We’ve taken mushrooms and trained them to destroy, eat, live off of cancer cells. I know that they’re releasing compounds that seem to be selectively destroying cancer cells… I don’t know what the compound is. I don’t know if it’s several compounds or one compound. We’re going to have to identify those, and that’s the next step”, he told Tulsa World. Sometimes a promising discovery like this comes from an unexpected place.

Ranahan shared with Tulsa World that he was an unlikely person to be doing this type of work. Raised on a farm, he wanted to pursue a military career, but listening to the higher calling, he graduated from ORU with a degree in biology. After receiving his doctorate at the Indiana School of Medicine, he took a teaching job back ORU, a decision that most did not understand; he was throwing away his doctorate, he was told.

But it may be that his career led him where he needed to be. Soon after coming to ORU, he was asked to lead cancer research there, and he opened the Ranahan Cancer Lab.

Ranahan said most people would never expect a cancer discovery to come from ORU, but it was a dream of the school’s founder Oral Roberts, and now this dream is becoming a reality.

His research is still ongoing, and many are waiting to see future results.

Want to learn more about the most effective ways to prevent and beat cancer? Watch the Truth About Cancer, a 9-part documentary.