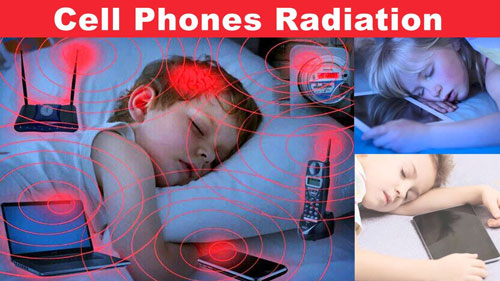 One way cancer and other diseases are believed to develop is when the DNA (genetic information) in a cell becomes damaged. This damage mutates the DNA. There are many studies linking cell phone radiation exposures to different types of DNA damage.

32. Various Genetic Effects: An Austrian study analyzed the results of 101 different published articles on the effects of radio frequency EMFs on DNA. The study concluded that, “there is ample evidence that RF-EMF can alter the genetic material of exposed cells.”

34. Heat Shock Proteins (HSPs) Production Decreased: A U.S. study exposed chick embryo’s to RF radiation. They concluded that, “this EMF-induced decrease in HSP70 levels and resulting decline in cytoprotection suggests a mechanism by which daily exposure (such as might be experienced by mobile phone users) could enhance the probability of cancer and other diseases.”

38. Genotoxic Effects: The Schwarz study exposed human cells to 1,950 MHz UMTS. It concluded that “UMTS exposure may cause genetic alterations in some but not in all human cells in vitro.”

39. Neurotransmitters Impacted: This Bavarian study followed 60 people over one and a half years following the installation of a new cell phone base station in their village. The study concluded that, “the effects showed a dose-response relationship,” that it had “occurred well below current limits for technical RF radiation exposures” and that these effects have “great relevance for health and [are] well known to damage human health in the long run.” In other words the more people were exposed to cell phone type radiation the bigger the impact on their health.

40. Chromosome Damage: A Belgian study reviewed 16 expert gene monitoring studies from around the world. In 13 of the 16 independent studies performed worldwide it was found that, “RF-exposed individuals have increased frequencies of genetic damage (e.g., chromosomal aberrations).” 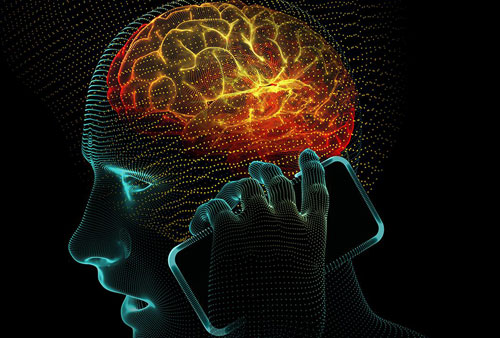 41. Central Nervous System: US based researcher Dr. Henry Lai comments that there are several studies which show that repeated RF exposure at relatively low power caused morphological changes in the central nervous system, “changes in morphology, especially cell death, could have an important implication on health. Injury-induced cell proliferation has been hypothesized as a cause of cancer.”

Reading Between The Lines: the studies don’t tell all of the story. Here are some other things you need to know.

42. Latency Period Before Diagnosis: To put this in the words of researcher Dr. Martin Blank “cancers do not form overnight.” In almost all cases, cancerous tumors take many years to form and metastasize. According to Dr. Blank’s statements, then cancers are overpowered. This would suggest that we might be sitting on a cell phone radiation cancer time bomb.

43. Cell Phone Radiation Cancer Time Bomb: To give a sense to what this latency period could mean in terms of the incidence of brain tumors in the years to come, researcher Lloyd Morgan produced this alarming graphic showing that brain tumor cases could reach epidemic proportions within the next decade.

44. Flawed Research: Not all of the research points to a link between cell phone radiation and cancer. But then that’s hardly surprising given the lengths some researchers go to, to skew the results. This research paper also lays bare the phenomenon of study bias.

The Tip Of The Iceberg

CIA & NSA Can Target Anyone, Anywhere, Anytime On Earth With Mind Control Technology…

Professor Discovers Mushrooms That Break Down and Destroy Cancer Cells