Quantum Mechanics And You 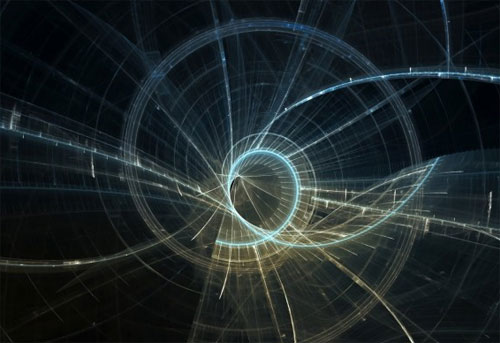 We see the term “quantum” used more and more. We get an intuitive sense of what that means as some very small packets of energy that make up our universe. Let’s add some depth to that understanding.

On a basic level, we and everything around us exhibit chemical properties. Our bodies are chemical factories fueled by electrical and magnetic pulses. In the chemical world, everything revolves around valence electrons. Valence electrons occupy the space around atomic nuclei and are capable of forming bonds with other atoms.

A specific example is water, composed of hydrogen (H) and oxygen (O). It is the valence electrons that bonds them together to create water (H2O). There is a dynamic balancing going on here. The reaction goes both ways at the same time. Oxygen has eight electrons occupying the space around the nucleus, two of which are valence electrons. Hydrogen has a single electron and it is a valence electron. In order to have an equitable bonding based on valence electrons, it will take two hydrogen atoms and one oxygen atom to create a molecule of water (simple arithmetic). The simplified equation looks something like this: 2H + O2 ==> 2H2O. Through the process of electrolysis, the reaction goes the opposite direction, 2H2O ==> 2H + O2.

There are several components of these reactions to consider. First, there has to be a conservation of energy (energy is gained on one side and an equal amount is lost on the other). Second, there must be a discreet amount of energy supplied, called a quantum of energy, before an electron is excited enough to react with and bond to another atom. In this case, there are no electrons surrounding the two hydrogen atoms called ions, which is written H+. And two valence electrons surrounding the oxygen atom, written O-. These are all just shorthand methods of communicating the dynamics of a chemical reaction.

The salient point here is the amount of energy needed to complete the reaction. What scientists (Niels Bohr, Erwin Schrodinger, and Werner Heisenberg) discovered was there is a discreet amount of measurable (Schrodinger equation) energy needed to catalyze the reaction. Less energy than the exact amount needed and there is no reaction, more energy than needed and some is unused. The measured discreet amount is a quantum of energy. Moreover, electrons can reach several excited states called energy levels, which correspond with what’s called principal quantum numbers (1, 2, 3, …). Each higher level (larger quantum number) has the electron(s) exhibiting orbitals further from the nucleus. It gets more complicated based on an array of factors but this is the basic mechanism.

This is completely different than observable matter that can absorb (endothermic) or give off (exothermic) any amount of energy. This leads to the question: What’s the connection between the quantum world and the observable world.

For example, suppose it’s 30 degrees Celsius (86 Fahrenheit) and the temperature is gradually rising. At the quantum level this means there is a subset of the total number of molecules that are digitally excited (their principal quantum number is getting larger) by absorbing more infrared photons (heat) and then in turn reacting with the sensing devices to indicate the temperature is rising. Because different types of molecules absorb and give off heat at different rates, the sum of all absorptions and conductions represents the temperature at any given time and place.

What we feel as the temperature gradually rising is actually a digital average molecular energy absorption trending upwards. From this perspective, the universe is digital and countable; to be more precise mathematically, countably finite. This means that every part of space-time has a quantum energy packet associated with it, which in fact is the definition of that location in time; i.e. no quantum energy packet, no point in time. 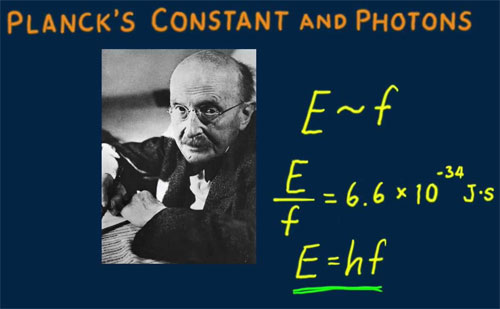 The quantum world energy transfer in this context only deals with whole numbers. This is proven from the work done by Max Planck and denoted by the Planck Constant. This Constant forms the temporal and spatial component of the four-vector special relativity expression. The observable world by extension is comprised of multiples of whole number molecules excited in principal quantum whole number states. All chemical reactions are balanced with whole numbers in this manner including all organic chemical reactions. In fact, all subatomic interactions are expressed in whole number quanta as well (for example, one positron and one electron can collide and annihilate each other to create two photons called gamma rays) – all in simple arithmetic.

Establishing a quantum of energy that governs reactions creates a different universe than we might think. We know that everything is discrete behaving on well defined boundaries of energy.

The point to remember is everything energy-wise operates at the quantum level in discrete amounts, which we experience as aggregate at the observable level. In this sense, the quantum energy packets operate as if they were fluid with an extensive set of processing/programming rules for energy absorption, transfer, annihilation, and conservation.

Think of quantum particle-waves as having information boundaries relative to the type and amount of energy that each particle interchanges and communicates with other particles. This is the intelligent use of the quality and types of energy at the quantum level that shapes the observable world. At the quantum level, energy is classified by type and characteristic. Each is programmed to provide a specific quantum of energy, etc. at a specific time for a specific purpose. Regardless whether these interactions are organic or inorganic, there is always a set of base programming processes that takes place discreetly at the quantum energy level. If as String theory asserts that everything is composed of Strings of vibrating energy then all energy interchange is nothing more than programmed communication that shape shifts to accommodate the interaction.

What this means to us

The more we understand this quantum world, the easier it is to assimilate and accommodate it. We are the quantum world. We are one with it and it is universal by means of interconnectedness (Bells theorem). This means we are universal.