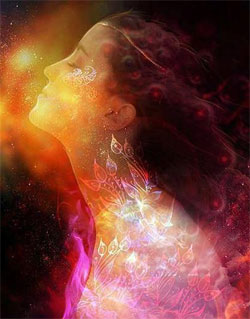 The psyche is multidimensional and nonlocal; it is not limited nor constrained by either time or space. It can express itself via inner thoughts, feelings, intuitions, dreams, and body symptoms as well as through seemingly external synchronistic events, whereby an inner situation gets mirrored through an outer event.

This should come as no surprise considering that our waking life is indeed a dream, as all the great enlightened teachers continually remind us. For in a dream there is a totally fluid boundary between the inner and the outer; our inner process gets projected out and “dreamed up” into materialization into, as and through the seemingly outer dreamscape. It is as if something within the psyche extends itself out into the world and synchronistically configures events in our lives so as to express and reveal itself.

When we reach an edge in our process and are about to have a potential breakthrough, the psyche will oftentimes express itself in synchronistic phenomena. This is a sign that we have touched the archetypal dimension of our being, a deeper part of ourselves which transcends our limited personal process.

We can then discover that we are merely playing a role in a deeper cosmic play, a “divine drama of incarnation”. Having fallen through the rabbit hole, we find ourselves in a parallel universe where everything becomes symbolic, which is the language of dreams. It is as if the world is an oracle and events in our lives are divinely choreographed so as to reveal something to us beyond our habitual everyday perceptions. Enveloped by a world that is synchronistically expressing and revealing the psyche, we can realize that the psyche is not only in us, but also that we are within the psyche. To know this is to realize the dreamlike nature of reality.

Edge phenomena show the potential of the psyche to split-off and disassociate. If we don’t get distracted by these edge phenomena, but rather stay with the deeper process that is trying to unfold, we can experience a genuine breakthrough. If our alchemical container is strong enough to hold the pressure when these edge phenomena are reached, we then become quantum meta-physicists. We continually re-associate, till we re-member, and re-assimilate long lost parts of ourselves. This is true soul retrieval. To split is a postponement and distraction; it is to miss the opportunity of full incarnation, which is what life is all about.

Author Paul Levy recalls: “A clear example of the psyche’s mercurial ability to change channels and express itself multi-dimensionally happened to me many years ago when I was working with a new client. It was the only time I ever saw this client. He came to me with a completely split-off and disassociated aspect of himself, a part that he had never stepped into before. Interestingly, I might add, his name was Paul. 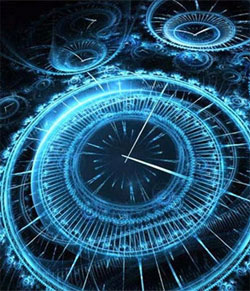 We spent over an hour talking about and creating space for this split-off part, and for the first time in his life, he was finally at the point where he felt safe enough to own and give voice to this previously marginalized and unacknowledged part. He was right at his growing edge. I could feel the creative tension, like a birth that was about to happen. At the exact instant that he was about to go over his edge, there was a loud knocking on my door.

Astonished, I open the door to find a friend who just happened to be in the area and was stopping by. He had never stopped by unannounced, either before or since. After asking him to leave, I returned to my client, who continued to unfold his process. He went over his edge and began the healing and integration of a life-long process in front of my very eyes.

It was no accident that my friend knocked on the door at exactly the moment that my client was going to step out of his comfort zone and go over his edge. Seen as a dream, in which all the dream characters are aspects of the dreamer, we can interpret this dream symbol many ways.

It gets even stranger. Years later I’m in what I call an ‘Awakening in the Dream Group’ in which groups of people come together to collaboratively inquire into the dreamlike nature of realty so as to deepen their lucidity. As someone was sharing their process, a ‘distraction’ occurred in the group. I mentioned that an edge phenomena might have just happened. 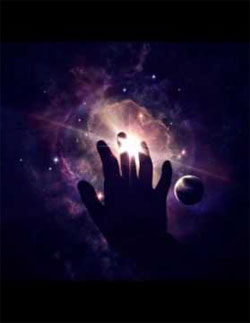 A few minutes later this elder member began sharing that he had gotten in touch with something really ‘intense’ during a previous part of the group, but he wasn’t sure if he could access it anymore, as time had passed.

The rest of the group was holding space and encouraging him to see if he could access what had been touched in him. He was clearly at his edge, not sure if he could bring back into a communicable form what he had experienced. There was a certain tension in the room; we were all sitting with him, uncertain whether he was going to be able to retrieve what had gotten activated in him and go over his edge.

And then, right on cue, as if divinely choreographed, there’s a loud knocking at the door. Everyone in the group immediately recognized the synchronistic, dreamlike event that we were in the middle of, and the whole circle spontaneously broke out in laughter. I opened the door to find a somewhat irate neighbor thinking someone in the circle had blocked his driveway, which was not the case, so after I assured him that the offending vehicle didn’t belong to us, I closed the door and we continued our process. Instead of distracting us, the edge phenomena served as a catalyst for my friend to then go over his edge and get in touch with the intense process that had been gestating within him.”

The psyche is continually expressing itself synchronistically through both inner and outer phenomena. The only question is do we have eyes to see, which is what Christ alludes to in the apocryphal Gospel of Thomas (logion 113), when he says “The Kingdom of the Father is spread out upon the Earth, and men do not see it.”

Are we able to decode the clues in our waking dream and read our life symbolically, which is to see it as a dream? If the great enlightened teachers of humanity are correct when they say that our life is a dream, if we start to view it as a dream, our life has no choice but to shape-shift and manifest in a more dreamlike way.