Relieve diarrhea with this natural medicine 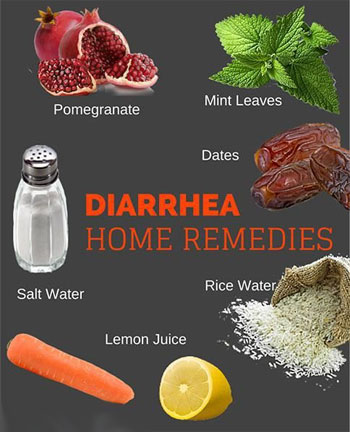 Protozoa-related gastrointestinal diseases afflict one out of every eight people in the world. To help combat gut illnesses such as diarrhea and dysentery, Mexican researchers drew upon local folk medicine for natural substances with anti-protozoal qualities. They found a possible solution in a desert plant called the copper globemallow (Sphaeralca angustifolia).

Native to the deserts and plateaus of the United States and Mexico, copper globemallow is a perennial flowering plant. It is traditionally used to treat inflammatory diseases and gastrointestinal problems.

The former include arthritis, swollen skin, and rheumatism. Among the latter are abdominal pain, diarrhea, and dysentery.

It so happens that the last two diseases are some of the most common ailments around the world and in Mexico. They are caused by anaerobic protozoa, Entamoeba histolytica and Giardia lamblia, which are responsible for amoebiasis and giardiasis, respectively.

Anti-protozoal drugs are used to treat these diseases. However, they have a failure rate of around 20 percent. The pharmaceuticals also have serious side effects. The antibiotic metronidazole causes bacteria to mutate, triggers cancer in rats, and disturbs the gut it is supposed to be healing.

In search of new and safe alternatives, a research team from the Centro Medico Nacional Siglo XXI XXI Century National Medical Center (CMNSXXI) evaluated copper globemallow as a potential anti-protozoal. Earlier studies of the plant have identified bioactive compounds that fight inflammation, confirming its use as an anti-inflammatory in Mexican folk medicine.

Those studies also established that its dichloromethane extract did not cause any harm to rats. This suggested greater safety compared to synthetic chemical drugs.

Aerial parts of copper globemallow were collected and extracted. The process produced an ethanol extract, several simple fractions, and the phytochemical compounds beta-sitosterol, tiliroside, caffeic acid, protocatechuic acid, and apigenin. Different amounts of the extract, fractions, and phytochemicals were applied to cultured trophozoites of Entamoeba histolytica and Giardia lamblia. The cultures were evaluated for antiprotozoal activity based on their 50 percent inhibitory concentration.

The tiliroside in copper globemallow stops the spread of protozoa

The CMNSXXI researchers reported that the chloroform fraction achieved the highest inhibitory activity against Entamoeba histolytica and Giardia lamblia. This fraction was purified to determine its phytochemical content.
The fraction was made up of tiliroside, apigenin, caffeic acid, protocatechuic acid, and beta-sitosterol. Each phytochemical was tested on the protozoa to determine the most effective isolate.

Tiliroside proved to be the most effective anti-protozoal. It worked equally well on both pathogens, with more or less the same amount needed to achieve 50 percent inhibitory concentration. Apigenin selectively worked against Giardia lamblia. The other phytochemicals were considered to be ineffective against either protozoa.

A potential alternative to unreliable metronidazole

Furthermore, the researchers tested tiliroside as a possible replacement for metronidazole. They examined the flavonoid’s ability to dock itself to pyruvate ferredoxin oxidoreductase (PFOR) and fructose-1,6-bisphosphate aldolase (G/FBPA).

PFOR and G/FBPA are glycolytic enzymes found in anaerobic pathogens. They are targeted by metronidazole when the antibiotic is inhibiting protozoa. In this test, they found that tiliroside can dock with both PFOR and G/FBPA. Tiliroside is a glycosidic flavonoid, which allows it to access the protozoa using those glycolytic enzymes. It targets many amino acids in a different region than the one metronidazole accesses. That means pathogens that are resistant to metronidazole will not be able to block tiliroside.

The researchers concluded that copper globemallow possessed anti-protozoal activity thanks to tiliroside. They confirmed the traditional use of the medicinal plant to treat diarrhea, dysentery, and other gastrointestinal diseases.