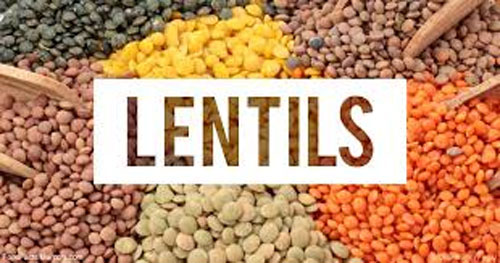 Your health depends on the food you eat. If you eat healthy foods, you are more likely to be healthy, but if you eat unhealthy foods, you are more prone to diseases. Many studies have shown how food affects one’s health. Two separate studies have shown that eating lentils instead of starchy carbohydrates, such as rice and potatoes, can help lower blood sugar and fight cancer, according to an article published on the website NaturalHealth365.com.

Researchers from the University of Guelph in Canada revealed that eating legumes instead of potatoes or rice can reduce blood sugar levels by over 20 percent.

The researchers measured the participants’ blood sugar levels before the study and two hours after eating. They did the same process for potatoes alone, using the same combination of lentils as with the white rice.

Results revealed that substituting half a serving rice with lentils led to an up to 20 percent drop in blood sugar; while replacing potatoes with lentils resulted in a 35 percent reduction. The researchers explained that lentils can slow digestion and the release of sugars in starchy foods like rice and potatoes. Ultimately, this helps prevent blood sugar spikes, eventually preventing type 2 diabetes.

Eating lentils not only reduces diabetes risk but also cuts cancer risk, according to other studies. In a study published in the International Journal of Cancer that examined more than 90,000 premenopausal women, researchers found that eating legumes at least twice a week cut the risk of breast cancer by 24 percent.

Another study, a Norwegian one, discovered that people who ate lentils regularly experienced 37 percent lower risks of cancers of the upper digestive tract — the mouth, throat, esophagus, and larynx. Furthermore, colon cancer risk was reduced by nearly 50 percent.

Different types of lentils and how to cook them

Lentils are edible seeds that belong to the legume family. They are low in calories and a great source of B vitamins, iron, magnesium, potassium, and zinc. They are also rich in protein and fiber. There are many types of lentils. These include:
• Beluga: Beluga lentils are small black lentils that look similar to caviar. They make a great base for warm salads.
• Brown: Brown lentils, the most commonly eaten type, have an earthy flavor. They are great in stews and maintain their shape well during cooking.
• Green: This type of lentils vary in size and are typically cheaper than Puy lentils.
• Puy: Coming from the French region Le Puy, Puy lentils have a peppery flavor and about one-third of the size of green lentils.
• Yellow and red: These lentils split and cook fast and have a sweet and nutty flavor.

Unlike other legumes, lentils are easy to cook and do not need to be soaked before cooking. Still, they need to be rinsed before cooking to remove impurities. Most lentils can be boiled in a pot with water and a pinch of salt, then simmer uncovered for 15 to 20 minutes. Lentils can last for up to five days in the refrigerator.

Reflexology is a safe alternative treatment for bunions