Researchers are developing light therapy as a non-invasive, alternative treatment for disease 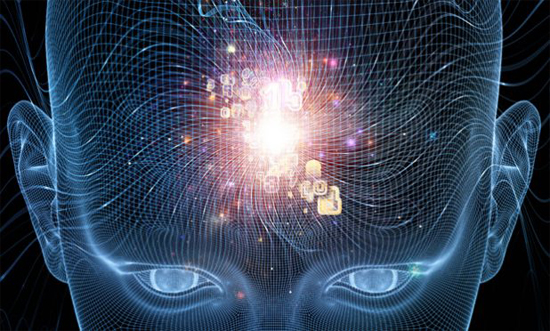 Artificial light has both its risks and benefits, but a recent study shows that it may be the solution to minimally invasive, drug-free treatments. Researchers are currently developing new ways using infrared neuromodulation to treat cardiac arrhythmia (irregular heart beat), hypertension (high blood pressure), asthma, sleep apnea (suspension of breathing during sleep), diarrhea, and other diseases.

Infrared neuromodulation is an infrared light technology procedure by which light is targeted on areas of the nervous system and single nerve cells, stimulating or inhibiting the electrical signals which alters body functions. Researchers from the Vanderbilt University, Case Western Reserve University School of Medicine (CWURSM), and the University of Pittsburgh are currently working together to further develop the procedure. This revolutionary and disruptive project is funded with $9 million from the National Institutes of Health.

The infrared neuromodulation technology was developed by E. Duco Jansen, professor of biomedical engineering at Vanderbilt; Anita Mahadevan-Jansen, professor of biomedical engineering; and Peter Konrad, professor of neurological surgery. The researchers’ goal is to identify the underlying mechanisms by which the nodose ganglion, a cluster of cells that reciprocate signals through the vagus nerve to control heart rate, respiration, digestion, and several other involuntary actions.

In the research led by Michael W. Jenkins, assistant professor of pediatrics and biomedical engineering at CWRUSM, Jansen and the others must be able to figure out which cells control which functions without affecting other types of cells. An example of this would be lowering blood pressure without triggering an asthmatic attack. Computational models are being developed in order to simulate the body’s response to infrared modulation. These models will also serve as the means for researchers to direct tiny laser pulses on nerve cells, and will be the basis for creation of systems that can be implanted safely in patients.

Infrared light technology is the basis for infrared neuromodulation. Natural light has been studied many times all over the world to have a plethora of health benefits, including increased production of the body’s vitamins and minerals, and balance in mental health. Infrared light technology is now used as treatments for certain health conditions. Infrared light technology as a treatment has many types including light emitting diodes (LEDs) and lasers. Since artificially-created light can be controlled, the wavelengths, intensity, and pulse rates are often manipulated to target specific cells in the body. The technology from which these light treatments were derived was from experiments by the National Aeronautics and Space Administration (NASA) in the early 1990s.

Other uses for light include light therapy, or phototherapy. It is a new kind of treatment that targets cognitive disorders such as depression and seasonal affective disorder (SAD). By exposing the individual to an artificial bright light, the intensity of symptoms of the aforementioned mental disorders may be decreased or eliminated entirely.

Progress on the infrared neuromodulation technology is a huge step towards minimizing the need for invasive surgery and medical procedures that entail innumerable amounts of medication. The technology the researchers are trying to develop might be in the form of small implants that will only need a tiny incision on placement. Having small incisions allows the patient to recover in the least time possible, and allow normal daily functions to progress.