More advance notice than perhaps ever before has been given this year regarding where and when the infamous, highly secretive Bilderberg Group will next meet. Apparently, the “Bilderbergers”, as they’re often called, will return to Italy for the first time in 14 years, having last met there in 2004 in the city of Stresa. 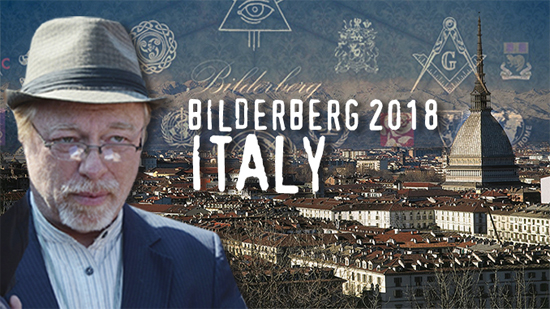 Interestingly, the information on the meeting’s whereabouts ultimately was leaked by the Serbian government, apparently in an innocent manner, as a Jan. 30 article for American Free Press broke the usual silence at this early juncture in the year as to where and when the elusive Bilderberg Group will meet.

According to a Jan. 29 news item at the Independent Balkan News Agency (IBNA) website, Serbian Prime Minister Ana Brnabic “received an official invitation to the Bilderberg meeting of this year, which will be held in Turin, Italy, June 7-10.”
Besides the Stresa meeting in 2004, the Bilderberg Group has met in Italy two other times, in April 1987 and April 1965, both in Villa d’Este.

The 2018 meeting will represent the 66th time the Bilderbergers gather. It appears that Bilderberg, by inviting the Serbian leader, is continuing one of its core functions of picking people favorable to the maintenance and advancement of the U.S.-Europe “transatlantic” aspect of world government.

The coveted “Bilderberg boost” for fast-track career advancement, which may be afforded to Ms. Brnabic, evidently happened to neo-conservative Sen. Tom Cotton (R-Ark.). He attended last year’s Bilderberg meeting in Virginia and subsequently has been considered to head the CIA, of all positions, even though the former Army soldier is thought to be the youngest person ever to have served as a U.S. Senator, after serving just one U.S. House term.

The group first met in 1954 at the Hotel De Bilderberg in the Netherlands – hence its name – with the help of CIA funds that were floated to nurture the early European Movement. The movement planted the seeds for the European Union superstate, according to Richard Aldrich, professor of international security at the University of Warwick in England.

The Bilderberg Group meets annually at the world’s most ritzy hotels and resorts, surrounded by an armada of armed private security and local police, for a closed-door, three-day forum involving about 140 top corporate titans, technology experts, select royalty, central bankers, former and current intelligence officials, think-tank fellows, and select reporters and editors who leave their ethics and notebooks at the gate. The sitting head of NATO attends every year. Most attendees come from Europe and North America.

The group is managed by a 31-member steering committee that currently includes nine Americans, including Alphabet Inc. executive chairman Eric Schmidt, NEOM CEO Klaus Kleinfeld, Palantir Technologies CEO Alex Karp, and Marie-Josée Kravis, a Hudson Institute fellow and president of the American Friends of Bilderberg – which raises funds for the group’s meetings but claims to be a type of charity in its Form 990 tax filings even though its “charitable” activities are reported as addressing issues surrounding the transatlantic alliance.

Researchers are developing light therapy as a non-invasive, alternative treatment for disease