Restore your immune system with a detox

The immune system is essential for survival that much is a fact. But for something people need to live, it’s often neglected — until people become sick, that is. In some cases, the immune system can act up, which can lead to conditions which range from cold hands and diarrhea to more severe conditions such as Crohn’s disease and even pneumonia. 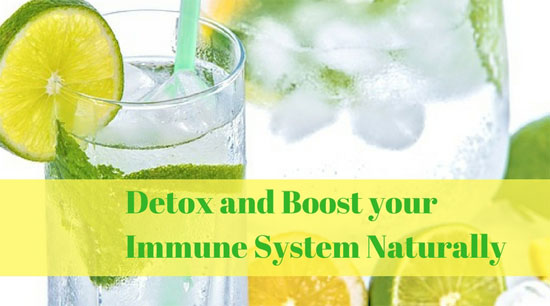 In this video, Charles Kwang of Kwang Wellness talks about how detoxification can restore a weakened immune system, drawing his experience in both chiropractic and Traditional Chinese Medicine (TCM).

The role of the immune system in human health

On the whole, the immune system functions as the body’s first line of defense against invaders, such as bacteria, viruses, and other foreign bodies. The immune system is made up of a vast network of cells and tissues, all of which target any pathogen found in the body. It’s also responsible for removing dead and faulty cells, clearing them away from the body. For the most part, the white blood cells are essential to the immune system and are divided into two main types:
• Phagocytes — These are cells that surround and absorb pathogens and break them down (or “eat” them);
• Lymphocytes — These cells remember previous invaders and recognize them if they come back and attack again.

The immune system is able to tell self from non-self by detecting proteins on the surface of the cells. If it encounters an antigen, an immune response where the cells recognize and eliminate an invader is triggered.

According to Kwang, the problem begins once the immune system becomes deficient. The condition — medically known as immunodeficiency — refers to the inability of the body to fight infections and diseases. This puts a person at risk of catching viruses and bacterial infections, to name just a few. The condition has multiple risk factors, including malnutrition, diabetes, radiation exposure, chemotherapy, severe burns, and even aging. Common symptoms of immunodeficiency include sinus infections, cold-like symptoms, diarrhea, pneumonia, and yeast infections.

This is can be the result of two things, Kwang says: either the inability of the immune system to flush out the toxins or problems in the transport of waste materials. The first one means that the immune system is unable to eliminate toxins, while the latter is responsible for conditions including eczema, psoriasis, and nasal congestion.

To boost the immune system and improve the circulation of waste for disposal, Kwang suggests going through detox to eliminate the toxins.

Helping out the immune system

• Warm lemon water — Drink warm lemon water after waking up to flush out toxins and maintain a healthy immune system. To make the most of the drink, add some cayenne or cinnamon to add antiviral properties as well.
• Dry skin brushing — The practice improves the lymphatic system, helping it eliminate toxins faster. Here are simple steps to follow for skin brushing:
– Brush skin with a dry brush before showering or bathing;
– Brush towards the heart, following the flow of the lymphatic fluid;
– Begin at the soles of the feet, moving upward and brushing in circular motions;
– As you reach the stomach, brush in a circular motion counterclockwise to boost digestion and improve detoxification.
• Medicinal plants macerates — Drinking certain types of plants macerates improves certain aspects of the immune system. For instance, to improve inflammation, drink nettle or chamomile macerate. Drinking burdock or red clover macerate can help cleanse the blood.