Rhythm of Breathing Key to Controlling Fear and Emotional Behavior 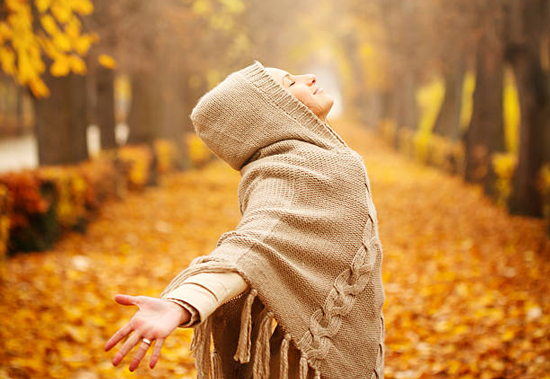 We live in a fearful world with exposure to a deluge of stressors every day. As much as fear is a result of reacting to the actual or perceived events in our lives, it is also a biological function of the human body, and when equipped with an understanding of how the body manages the emotional system, we can easily outsmart it, tricking ourselves into emotional balance.

This perspective is scientifically validated by research from Northwestern University Feinberg School of Medicine in Chicago Illinois, which discovered how the various rhythmic patterns of breath profoundly impact memory recall and the emotional body, specifically the fear response.

The brain creates electrical impulses which link physical functions to emotional reactions, and the electrical activity of the brain is deeply affected by our breathing patterns. The outcome of this balance is determined by whether or not we are inhaling or exhaling, as well as if we are breathing through the nose or the mouth, as each variable creates a different electrical response within the brain.

In the Northwestern study, participants were shown images of human expressions, some frightful, while engaging in various patterns of breathing. Researchers observed that people more easily process fear, and more readily recall images, while inhaling through the nose.

“One of the major findings in this study is that there is a dramatic difference in brain activity in the amygdala and hippocampus during inhalation compared with exhalation. When you breathe in, we discovered you are stimulating neurons in the olfactory cortex, amygdala and hippocampus, all across the limbic system.ˮ Christina Zelano, assistant professor of neurology at Northwestern University Feinberg School of Medicine and lead author of the study.

“The amygdala is decisively linked to the processing of emotions, especially those related to fear, while the hippocampus is strongly linked to memory recall, and the breath, which originates with the diaphragm, plays the critical role of regulating their function.

Breathing is modulated at the diaphragm, and it is also the location where many physical symptoms associated with fear and anxiety manifest.ˮ Brett Wilbanks

The differences in brain activity which occur during unique breathing rhythms were recognized by looking at brain activity during the introduction of fearful or surprising human faces, finding distinctively heightened activity during inhaling. Knowing this can be highly advantageous when you realize that your fear reaction is working overtime.

“We can potentially use this fact to our advantage. For example if you’re in a dangerous environment with fearful stimuli, our date indicate that you can respond more quickly if you are inhaling through your nose.ˮ Christina Zelano

Furthermore, this further validates the importance of meditation, which commonly centers of developing control of the breath in order to quiet the mind and normalize physiological function in the body.

The long-term results of a dedicated meditation practice include more stable and optimal emotional reactions to the world around us, indicating again that breathing is a critical component of living a fearless life. This is viewpoint is backed up by this research, as noted by Zelano.

“When you inhale, you are in a sense synchronizing brain oscillations across the limbic network.ˮ Christina Zelano

The Eight Worst Pieces of Advice Medical Doctors Give Their Patients