Rosemary, known for its distinct fragrance, can also improve memory, according to a recent study, proving that the medicinal plant’s effects on our brain go beyond making food more appetizing. 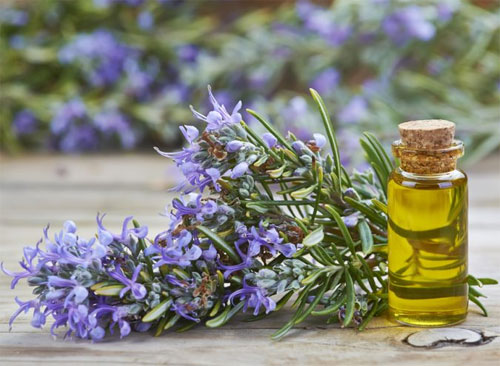 The study, published in the journal Complementary Therapies in Clinical Practice, sought to understand how rosemary affected university students in terms of their memory, the incidence of anxiety and depression, and the quality of their sleep.

It involved a double-blind, randomized controlled trial where 68 participants, all students at Kerman University of Medical Sciences in Iran, were asked to take either 500 milligrams (mg) of rosemary or a placebo twice a day for one month.

At the beginning and at the end of the study, the researchers evaluated the students’ memory performance, depression, anxiety, and sleep quality using the following tests: Prospective and Retrospective Memory Questionnaire, Hospital Anxiety and Depression Scale, and Pittsburgh Sleep Quality Inventory.

Upon comparison of the results from the beginning and the end of the study, as well as between the treatment and control groups, the researchers found significant reductions in the rosemary group’s scores compared with those of the control group, except in the parts of the Pittsburgh Sleep Quality Inventory that gauged sleep latency – the length of time it takes for a person to fall asleep – and sleep duration.

According to the researchers, these outcomes suggest that taking rosemary is an effective way to boost memory. The medicinal plant can also ease both depression and anxiety and improve quality of sleep.

Rosemary and the brain

Rosemary is loaded with natural compounds that have various effects on the different organs of the body. The medicinal plant’s brain-related benefits have to do with how its phytochemical content interacts with neurotransmitters, the natural chemicals that the parts of your nervous system use to communicate with each other, as well as with other parts of your body.

The authors of the study explained that rosemary has the ability to inhibit acetylcholinesterase, an enzyme that catalyzes the breakdown of acetylcholine. Acetylcholine is a neurotransmitter that relays messages between your brain and your muscles, which makes it essential for mobility.

It also plays an important role in learning, enhancing our brain’s ability to encode or create new memories. By suppressing acetylcholinesterase, rosemary helps increase the concentration of acetylcholine and improve your ability to remember new information.

Rosemary also interacts with gamma-aminobutyric acid (GABA), another neurotransmitter. GABA is known for its calming effects that help your brain and body relax and adapt to stress. According to the authors, this interaction with GABA could explain rosemary’s benefits against anxiety and depression, as well as its ability to improve sleep quality.

Moreover, the researchers noted that rosemary contains potent antioxidants, such as carnosol and rosmarinic acid. Antioxidants protect the brain from free radicals that damage neurons and increase the risk of cognitive decline and neurodegenerative diseases.

Other foods that improve memory

Classes and other school-related activities require a lot of brainpower, which means students can benefit from increasing their intake of rosemary and these memory-boosting foods:

• Fatty acids – Did you know that your brain is made up of about 60 percent fat? Approximately half of that is omega-3, a type of fatty acid. The brain uses omega-3 to build and repair your neurons, making these “good” fats crucial to good memory and proper cognitive function. Some rich sources of omega-3 are algae, chia seeds, hemp seeds, flaxseeds and walnuts.

• Blueberries – These small, delicious berries contain an abundance of antioxidants and anthocyanins that protect your brain from inflammation and cell damage. Consuming blueberries will not only sharpen your memory, but it will also lower your risk of developing neurodegenerative diseases.

• Turmeric – This spice contains curcumin, a compound with antioxidant and anti-inflammatory effects. Apart from improving your memory, the curcumin in turmeric can also ease depression and encourage the growth of new brain cells.

• Dark chocolate – This delectable treat is rich in antioxidants that boost memory and slow down brain decline. It also helps improve your mood.