Proponents of solar geoengineering believe that blanketing our sky with aerosols will save the planet, reducing sunlight levels and stopping the warming that has whipped many climate change alarmists into such a frenzy. As the debate continues over the finer points of global warming, there is one thing that scientists are pretty sure of: Artificially cooling the planet using solar geoengineering would have serious repercussions for our planet if it were to suddenly come to a stop. 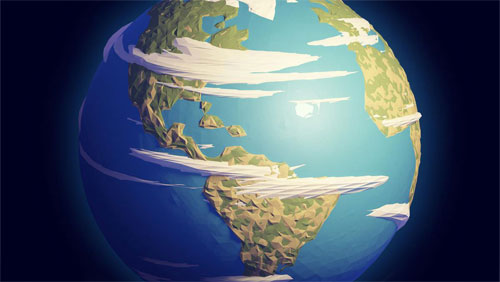 The idea behind geoengineering is to spray sulfur dioxide into our atmosphere using airplanes. The clouds it forms would theoretically reflect sunlight back into space and offset any rises in global temperature, much like what happens with volcanic eruptions. Indeed, it was inspired by the fact that the eruption of Mount Pinatubo in 1991 in the Philippines, which blasted 15 million tons of sulfur dioxide into the stratosphere, was the only act in recent years to make a dent in the rise of global warming. It’s believed to be responsible for cooling global temperatures by as much as 0.9 degrees Fahrenheit in the two years following the blast.

Imitating this action, the theory goes, would help keep rising temperatures in check. Even if such a solution were ever put into place, however, scientists are warning that it would be too dangerous to ever stop it. That’s because intentionally cooling the Earth would mask the additional warming greenhouse gases produce. In a study published in Nature Ecology & Evolution, researchers used computer models to envision what might happen if geoengineering brought about climate cooling and also what might occur if it were to suddenly stop. They used a scenario where planes would spray five million tons of the sulfur dioxide annually into the Earth’s upper atmosphere at the equator for the course of 50 years. Under their model, the sulfuric acid cloud would be evenly distributed between the Southern and Northern Hemisphere.

They found that should geoengineering come to a grinding halt for whatever reason, a very rapid warming would take place. Some areas would see temperature hikes at rates that are two to four times faster than the historical average.
Animals and plants would have to migrate to new areas, which would fragment ecosystems and drive some species toward extinction. Tropical forest fires would rise as rain is reduced across Northern Europe, Asia and the Amazon. Species would have to travel in one direction in order to maintain the levels of precipitation they were used to while going in another one to find the temperatures they have grown accustomed to. This would place areas rich in biodiversity, such as the Amazon basin and tropical oceans, at tremendous risk.

The study’s co-author, Alan Robock, said: “If geoengineering ever stopped abruptly, it would be devastating, so you would have to be sure that it could be stopped gradually, and it is easy to think of scenarios that would prevent that.”
According to the Carnegie Climate Geoengineering Governance Initiative’s Janos Pasztor, it’s not implausible to believe that a particular country, group of countries, or even a wealthy individual could one day decide to deploy solar engineering, creating the type of quick start and stop that would put so much of the planet at risk. The plan to pump the atmosphere with aerosols, it seems, is far too risky to be the answer that so many people want to believe that it is.