Russian Researchers Warn: A Megaquake Will Rip Through America

The idea of Mother Nature devastating a large portion of the world has long been a topic. Shows such as It could happen Tomorrow cover these possibilities of cataclysmic storms and mega earthquakes overwhelming cities and even whole countries. This, however, could very well become a reality that attacks America.

Megaquake About To Hit America

In July, Vladimir Putin has deployed Russian troops in the Eastern Military District in preparations for a devastating series of earthquakes and tsunamis that are set to hit the Kamchatka peninsula. The deployment was due to an “urgent warning being sent to the Security Council over the weekend (April 2017) by scientist Mehran Keshe.” Keshe has stated that the Pacific Plate is preparing for an entirely new cataclysmic attack. 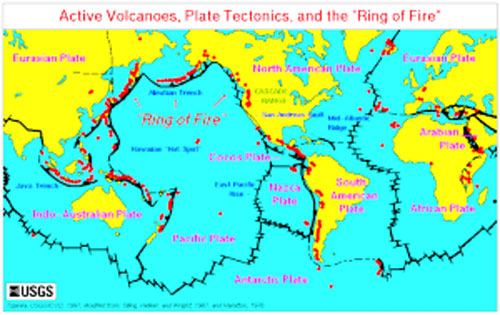 Continuing to America, the dangers of Megaquakes may end up hitting the US as well. A scientific doctor from Colorado has stated that the previous conditions may lead to four massive earthquakes greater than 8.0 on the Richter Scale. If this report ends up being true, it falls in line with what Keshe predicted which is that North and South America could end up splitting and could kill 40 million people in Asian and America. A date is not given however regarding when the mega earthquakes could come and strike their target.

However, Keshe warned that the 5.8 earthquake that struck the Kingdom of Tonga signaled that the Pacific Plate is preparing for a “catastrophic new alignment”.

Doctor scientist Keshe is the inventor of Magrav technology (Western code name “Khibiny”) used by Russian Federation military forces in their secretive defense weapons used to cripple American warships like was done against the USS Donald Cook. In using a “different aspect” of his Magrav technology, doctor scientist Keshe issued his first dire pronouncement about the Pacific Plate in October 2015, warning that a “world-changing mega-tremor with the power to split up continents was imminent”. Three months after Keshe’s October warning, both the Kamchatka Peninsula and Southern Alaska were hit with 7.1 and 7.3 magnitude earthquakes causing President Putin to begin his first realignment of troops in the face of this looming threat.

Keshe’s use of Magrav technology to make his “predictive assessments” regarding the accelerated movement of the Pacific Plate has proven accurate as no less than 8 powerful earthquakes have struck this region after his warning – the worst being in April 2016: in the South American nation of Ecuador where at least 233 are dead, and in Japan where a further, 41 are dead, thousands still missing, and another 250,000 left homeless. 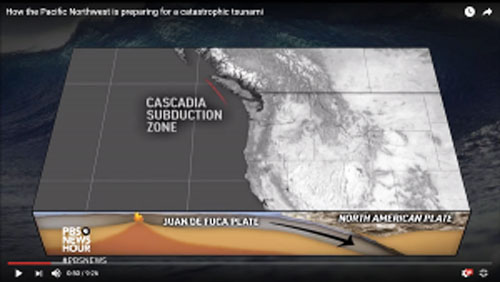 Joining doctor scientist Keshe’s dire pronouncements regarding the Pacific Plate, is American doctor scientist Roger Bilham of the University of Colorado Cooperative Institute for Research in Environmental Sciences (CIRES) who also warned in July 2017 that “The current conditions might trigger at least four earthquakes greater than 8.0 in magnitude, and if they delay, the strain accumulated during the centuries provokes more catastrophic mega earthquakes.”

As for Bilham’s mega earthquake fears, Keshe’s assessment of what this could entail is nothing less than catastrophic, as he had previously warned that North and South America will “split” and mega tsunamis could “strike America and Asia killing 40 million people”.

Though his report gives no date for any expected earthquake, tsunami or volcano eruption to occur as the sciences involved in doing so are far from adequate, it is more than curious to note that the Russian Ministry of Defense has ordered all of its top commanders and political office holders from the Far East Pacific Ocean regions to be in Moscow on April 27, for a “readiness conference”.

Russia Prepares For Catastrophic Earthquake, But Warns America Is In Worst Danger

A stunning Ministry of Defense report circulating in Kremlin in July 2017 states that President Putin has authorized the immediate redeployment of troops in the Eastern Military District (EMD) in preparation for what could be a series of massive earthquakes and tsunamis to hit the Kamchatka Peninsula – and further warns that the United States-Canada-Alaska northwestern Pacific Ocean region may be in even more danger than Russia.

According to this report, the unprecedented peacetime movement of thousands of Federation troops to their pre-assigned “protective corridors” was based upon an “urgent warning” communication sent to the Security Council (SC) by Mehran Keshe that said April 2017 powerful 5.8 magnitude earthquake that struck the Kingdom of Tonga was the “last lynchpin to fall” as the Pacific Plate is preparing for a “catastrophic new alignment”. 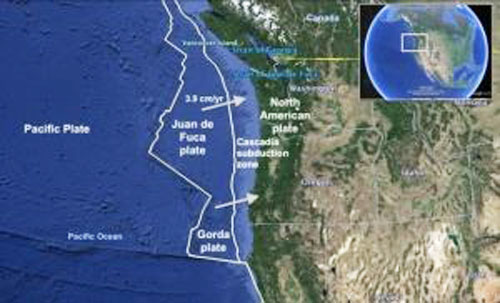 A recent report predicts that a mega-earthquake could kill an estimated 13,000 people and destroy a sizable portion of the Pacific Northwest.
Even more disturbing? It’s overdue.
The New Yorker reported that FEMA calculations show these types of earthquakes happen at regular intervals in this specific part of the world, roughly every 240 years. The last one was more than 300 years ago, in 1700, when a quake there sent a 600-foot wave of water all the way to Japan.

Michio Kaku, a physicist and professor at City College of New York, told that the troubling report does not overstate the danger.
“The Cascadia fault is an earthquake waiting to happen” Kaku stated. “We know it’s going to happen with an energy 30 times the maximum energy of the San Andreas fault.”

Kaku said Hollywood has “brainwashed” people into thinking that California is where the next massive earthquake will hit. He added that before the mega-quake actually hits, there is a compression wave that is detected by animals.

The massive quake, with a magnitude of up to 9.2, would last about four minutes, according to seismologists, with a wall of water following about 15 minutes later.

Kaku said he’s concerned that many of the 70,000 residents in the potential “inundation zone” have very little knowledge about this risk.
“It barely rates on the radar screen,” he said.

Kaku said “I’d think twice,” if he were to move to the Pacific Northwest, advising residents to educate their children on emergency preparedness and what to do in case of an earthquake.

Technological Singularity: Have the power elites already created their Frankenstein?