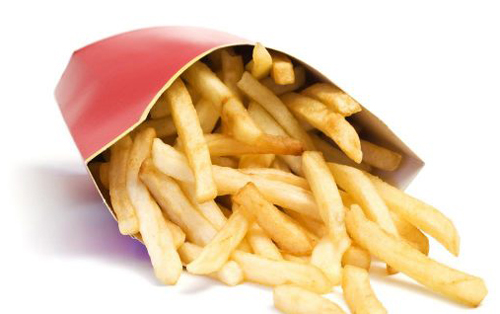 French fries are among the most available, easiest-to-prepare snacks. They can be taken with mayonnaise and truffle oil or dipped in ketchup. They also match today’s fast-paced lifestyle because they’re food on-the-go. However, the convenience of fries pales in comparison to the harm they do to our health. A recent study published in The American Journal of Clinical Nutrition showed that frequent fried potato consumption is related to higher mortality risk.

The research team made a follow-up of the study eight years after. They found that participants who consumed fried potatoes two to three times a week and less than or equal to thrice a week had a higher mortality risk.
Consuming unfried potatoes, however, was not linked to any health hazard.

Why are fried potatoes so unhealthy?
For one, they’re deep fried in oil, which means they are packed with fats and calories. Fries also have plenty of salt and acrylamide, a chemical associated with cancer.
Fried potatoes are also teeming with carbohydrates, which, when taken in huge amounts, can cause obesity, Type 2 diabetes, heart disease and even cancer. So, you can just imagine how a single serving of restaurant-style fries, which contains around 63 carbohydrates, can ruin your health.

Excess salt in French fries (those in restaurants have over 600 milligrams of sodium or almost one-third of the recommended daily intake) can raise one’s risk for developing heart and kidney disease as well as stroke.
Research conducted by the Nuremberg Biomedical and Drug Research Institute advises pregnant and nursing women against having fries because of the acrylamide. This harmful substance is found in foods fried in oil at over 356 Fahrenheit (180 Celsius) degrees, like French fries and potato chips.

The blood-brain barrier – cells separating circulating blood and the central nervous system’s brain extracellular fluid – are not yet fully developed in fetuses and newborns. This puts them at greater risk for the harmful effects of acrylamide.

The good news is there are healthier snack alternatives to fried potatoes. Choose from any of these:

– Seasoned pepper sticks. Because bell pepper is a bit bland, it can be paired with just about any kind of seasoning. Try slicing the bell pepper into strips and coating them with cayenne, garlic powder and others. You can also serve them as is; fresh, ripe, organic bell peppers are sweet, tasty and full of vitamin C.

– Heirloom carrot fries. Coat the carrots with olive oil, salt, and pepper. Then bake them at 450 Fahrenheit (220 Celsius) degrees to make the carrots crispy. Heirloom carrots come in amazing colors. Plus, you can present them in fun ways. They also bring a wider range of strong flavors to the table.

– Kale chips. Use only the leaves, and throw the stalks away. Add olive oil, salt, white pepper, garlic powder, and lemon zest, or simply sprinkle salt and pepper. Cook at 300 Fahrenheit (150 Celsius) degrees to let the kale chips become crispy without burning.

– Zucchini Chips. Cut a zucchini into small round pieces. Toss with olive oil, salt and pepper, and bake at 450 Fahrenheit (220 Celsius) degrees until crisp.