Horgan has come to the same conclusion that I’ve reached through a different path: Much of what we are taught today under the banner of ‘science’ is complete bunk. Some of it is sheer hucksterism, and a lot of it qualifies as criminal fraud. 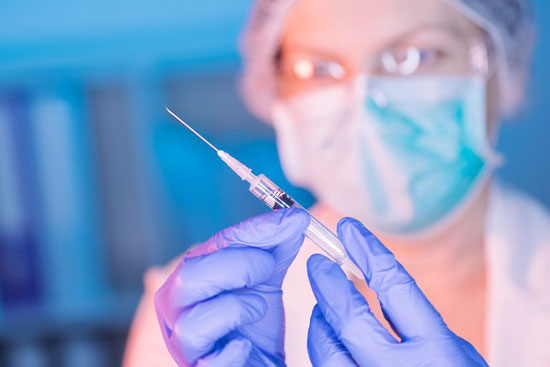 At the top of that list of science frauds is, of course, vaccines. Many popular vaccines (flu shots, measles, mumps) simply don’t work at all. Shockingly, outright admissions of a complete lack of scientific testing of the efficacy of such vaccines is admitted on their insert sheets. The Flulaval vaccine insert sheet, for example, admits there are ‘No controlled trials demonstrating a decrease in influenza’ among people being injected with the vaccine.

Yet despite these extraordinary admissions of lack of efficacy, vaccine research fraud and the known toxicity of vaccine ingredients (which still include formaldehyde, mercury, aluminum and MSG), the systematic rejection of such evidence by vaccine promoting ‘science skeptics’ borders on the fringe of mental illness. These are not scientists at all… they are con artists and criminals – like Poul Thorsen, a fugitive from justice who was once a CDC researcher – pretending to be scientists.

As a real scientist, I’ve dared to ask 21 questions we’re never allowed to ask about vaccines . Such questions are based on reason and rationality. They include commonsense questions such as, ‘If measles vaccines confer measles immunity, then why do already-vaccinated children have anything to fear from a measles outbreak?’

It is notable that the entire vaccine establishment not only refuses to answer such questions; they consider the mere act of questioning vaccine dogma to be blasphemy. The demand for absolute obedience to the false narratives surrounding vaccines has reached such a fever pitch that anyone can now see it’s no longer based in science at all. It is a kind of religious fervor put on by deranged zealots who claim an intellectual monopoly over all things related to vaccines. This phenomenon is, in a very real way, a ‘scientific dictatorship’ – an apt oxymoron to describe today’s juxtaposition of conformist demands and so-called ‘scientific evidence.’

If you aren’t allowed to ask questions about the evidence, it isn’t evidence at all. It’s dogma, plain and simple. Vaccine proponents, as they operate today, are faith-based dogmatists who don’t need any legitimate evidence because they BELIEVE in vaccines. Their belief is so strong that it outweighs all evidence contrary to their current beliefs. And in case you didn’t notice, what I’ve just described here is a cult, not a science.

The other huge con job found in vaccines is described thusly: Vaccines only ‘work’ on those who don’t need them. In other words, when vaccines do work, they do so by initiating an immune response to a weakened virus that’s introduced into the body. This response requires an active and complex immune system that’s functioning well… the same kind of immune system, in other words, that could ward off an infection of a live virus encountered in the wild.

Meanwhile, people who have suppressed immune systems and are therefore extremely vulnerable to infections in the wild also happen to have extremely poor (and sometimes completely nullified) responses to vaccines. They don’t build antibodies, in other words, so the vaccines don’t work for them (they are non-efficacious).

In order to make vaccines ‘work’ better on those with weakened immune systems, vaccine manufacturers add adjuvant chemicals that are irritants which cause excessive inflammation in the hope of eliciting a stronger immune response. While this may help some people, it also carries a very real risk of causing inflammatory damage to the neurology of some children who receive these vaccines. The results, as borne out by the vaccine adverse events databases and Vaccine Injury Compensation Program, is a growing number of children who are maimed, neurological damaged, put into comas or even killed by vaccines.

The entire ‘skeptics’ cult of modern medicine denies any of this is happening, and that’s one reason why the skeptics are increasingly seen as high-functioning idiots who are possibly vaccine damaged themselves. Zealotous hate-bloggers like Doctor David Gorski – a psychopathic, mentally ill vaccine promoter who also carries out cancer surgery on African-American victims in Detroit – characterize the skeptics cult, a cabal of mentally deranged lunatics and gay fetish seekers like James Randi who was caught on tape soliciting sexual favours from a young man.

Richard Dawkins, for his part, is also an anti-consciousness cultist who believes in the irrational dualism that no other humans on this planet are conscious beings other than himself. Everybody else, he claims, is an unconscious biological robot suffering under the illusion of self awareness.

What kind of people do we really need to see more of in the realm of scientific skepticism? People like Rupert Sheldrake, author of Science Set Free. Sheldrake’s work is transformative, as it challenges the underlying non-scientific assumptions of modern science. 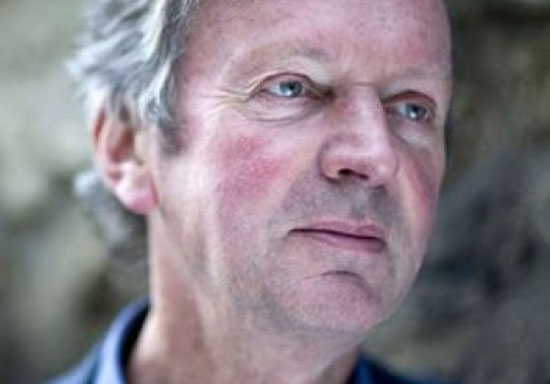 Another extraordinary scientist who deserves our support is Dr. David Lewis, author of Science for Sale: How the US Government Uses Powerful Corporations and Leading Universities to Support Government Policies, Silence Top Scientists, Jeopardize Our Health, and Protect Corporate Profits.

Dr. Lewis was maliciously attacked, discredited and ultimately thrown out of the government-funded scientific establishment for the simple reason that he questioned the safety of toxic biosludge – recycled human and industrial waste that’s sold as ‘organic fertilizer’ to be spread on home gardens, childrens’ playgrounds and city parks.

The other thing we need, quite frankly, is independent scientists like myself who are conducting cutting edge, truly independent science, without any financial ties to governments, corporations or academia. My science lab, which has passed ISO 17025 accreditation audit, is free to pursue precisely the kind of scientific analysis of food and medicine that is blackballed or censored in the government-funded scientific community. Other scientists would lose their jobs if they pursued the kind of science I’m pursuing on a daily basis with absolute freedom.

Notably, this makes me a rare practitioner of real, independent science and a protector of the very kind of independent skepticism and scientific analysis that should be embraced by any system of knowledge that’s based on legitimate science. Yet the science I’m conducting is widely considered a threat to the scientific establishment, precisely because I’m willing to analyze vaccines for heavy metals and organic chemicals, for example. Such research is simply not allowed by the cult of scientism (the vaccine zealots) because they depend on widespread ignorance of vaccine composition to continue parlaying their fraudulent lies about vaccine safety.

John Horgan might not yet be aware of the full story on vaccines, so he might disagree with me on such conclusions. But that’s not the point. I honor Horgan’s commitment to asking big questions. In fact, I honor those who vehemently disagree with me as long as they are following a process of authentic inquiry and open-minded skepticism.

What I despise is science cultists, dogmatic science propagandists and the worship of the ‘high priests’ of science such as Neil DeGrasse Tyson, who can only be described as a ‘sciency’ sleight-of-mind huckster who has more in common with stage illusionist David Copperfield than, say, Richard Feynman.

Tyson, like Dawkins, is a cultist. He has zero intellectual integrity and has sold out to the tribal dogmatists who spin tall tales of irrational mysticism that currently pass for ‘accepted science.’

For my part, I don’t claim to have all the answers – no human mind can possibly dare to claim a full understanding of the mysteries of nature (or the mind of God, for that matter). But as a real scientist, I’m willing to skeptically explore the evidence on just about anything. I don’t reject entire fields of scientific inquiry merely because they are taboo. It doesn’t mean that I follow silly claims, just that I’m intelligent and humble enough to realize that nature is far more mysterious than any human mind can possibly grasp. And we have much more to learn… many more scientific discoveries to make in the years ahead. 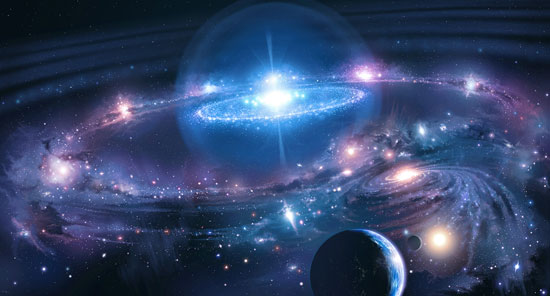 For example, psychic phenomena are often called ‘paranormal.’ But what if they are so commonplace that they’re actually normal? Why can’t we study things like pets somehow anticipating the random arrivals of their owners many minutes in advance? Or mothers having a seemingly intuitive emotional connection to their children even when separated by distance? Why can’t we study dream premonition? Consciousness after biological death? Or even the possibility that the brain is a ‘quantum antenna’ that can receive information transmitted from other conscious sources, transmitted by a quantum entanglement mechanism that Einstein described as ‘spooky action at a distance?’

If we are true scientists, we must at least BE CURIOUS about the nature of the universe and the apparent consciousness we seem to experience inside that universe. The minute we lose curiosity and decide we have all the answers, we cease being scientists at all. At that point, we just become mentally incapacitated dogmatic fools… like Dawkins and Randi, two people whom history will judge as being not just unwise hucksters, but even for slowing the progress of human knowledge into realms of understanding that are viciously attacked by ‘skeptics’.

I often wonder just how many people have died needlessly due to the malicious ‘skepticism’ of info-terrorist David Gorski or the Quackwatch propagandist Stephen Barrett. How many cases of cancer could have been prevented or reversed by natural and complementary medicine? How many studies might have been conducted in the pursuit of natural cures if not for the vicious, aggressive assaults on scientific curiosity being waged by ‘cult of scientism’ intellectual bigots?

We’ll never know the answer to that question, but at least a few people like John Horgan are willing to start asking some legitimate questions about the false assumptions of ‘skeptics.’ Have no doubt that Horgan himself will be maliciously slandered, attacked, defamed, censored and lied about for daring to ask such questions. The one thing today’s nonsense scientific establishment cannot tolerate is actual skepticism. It threatens the cultist beliefs of the faithful ‘scientism’ worshippers, you see…