By Rainer Nyberg and Lennart Hardell

“We, the undersigned, more than 180 scientists and doctors from 36 countries, recommend a moratorium on the roll-out of the fifth generation, 5G, for telecommunication until potential hazards for human health and the environment have been fully investigated by scientists independent from industry. 5G will substantially increase exposure to radiofrequency electromagnetic fields (RF-EMF) on top of the 2G, 3G, 4G, Wi-Fi, etc. for telecommunications already in place. RF-EMF has been proven to be harmful for humans and the environment.” 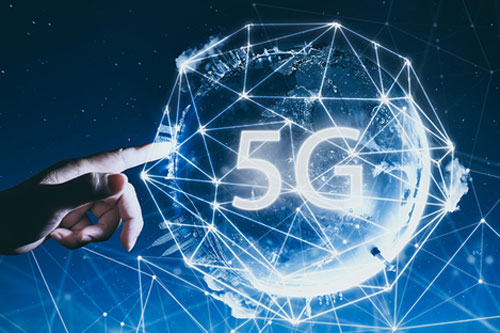 5G technology is effective only over short distance. It is poorly transmitted through solid material. Many new antennas will be required and full-scale implementation will result in antennas every 10 to 12 houses in urban areas, thus massively increasing mandatory exposure.

With “the ever more extensive use of wireless technologies,” nobody can avoid to be exposed. Because on top of the increased number of 5G-transmitters (even within housing, shops and in hospitals) according to estimates, “10 to 20 billion connections” (to refrigerators, washing machines, surveillance cameras, self-driving cars and buses, etc.) will be parts of the Internet of Things. All these together can cause a substantial increase in the total, long term RF-EMF exposure to all EU citizens.

Over 230 scientists from more than 40 countries have expressed their “serious concerns” regarding the ubiquitous and increasing exposure to EMF generated by electric and wireless devices already before the additional 5G roll-out. They refer to the fact that “numerous recent scientific publications have shown that EMF affects living organisms at levels well below most international and national guidelines”. Effects include increased cancer risk, cellular stress, increase in harmful free radicals, genetic damages, structural and functional changes of the reproductive system, learning and memory deficits, neurological disorders, and negative impacts on general well-being in humans. Damage goes well beyond the human race, as there is growing evidence of harmful effects to both plants and animals.

After the scientists’ appeal was written in 2015, additional research has convincingly confirmed serious health risks from RF-EMF fields from wireless technology. The world’s largest study (25 million US dollars), National Toxicology Program (NTP), shows statistically significant increase in the incidence of brain and heart cancer in animals exposed to EMF below the ICNIRP (International Commission on Non-Ionizing Radiation Protection) guidelines followed by most countries. These results support results in human epidemiological studies on RF radiation and brain tumour risk. A large number of peer-reviewed scientific reports demonstrate harm to human health from EMFs.

The International Agency for Research on Cancer (IARC), the cancer agency of the World Health Organization (WHO), in 2011 concluded that EMFs of frequencies 30 KHz – 300 GHz are possibly carcinogenic to humans (Group 2B). However, recent studies like the NTP study mentioned above and several epidemiological investigations including the latest studies on mobile phone use and brain cancer risks confirm that RF-EMF radiation is carcinogenic to humans.

The EUROPA EM-EMF Guideline2016 states that “there is strong evidence that long-term exposure to certain EMFs is a risk factor for diseases such as certain cancers, Alzheimer’s disease, and male infertility… Common EHS (electromagnetic hypersensitivity) symptoms include headaches, concentration difficulties, sleep problems, depression, lack of energy, fatigue, and flu-like symptoms.”

An increasing part of the European population is affected by ill health symptoms that have for many years been linked to exposure to EMF and wireless radiation in the scientific literature. The International Scientific Declaration on EHS and multiple chemical sensitivity (MCS), Brussels 2015, declares that: “In view of our present scientific knowledge, we thereby stress all national and international bodies and institutions… to recognize EHS and MCS as true medical conditions which acting as sentinel diseases may create a major public health concern in years to come worldwide i.e. in all the countries implementing unrestricted use of electromagnetic field-based wireless technologies and marketed chemical substances… Inaction is a cost to society and is not an option anymore… we unanimously acknowledge this serious hazard to public health… that major primary prevention measures are adopted and prioritized, to face this worldwide pan-epidemic in perspective.”

The Precautionary Principle (UNESCO) was adopted by EU 2005: “When human activities may lead to morally unacceptable harm that is scientifically plausible but uncertain, actions shall be taken to avoid or diminish that harm.”

Resolution 1815 (Council of Europe, 2011): “Take all reasonable measures to reduce exposure to electromagnetic fields, especially to radio frequencies from mobile phones, and particularly the exposure to children and young people who seem to be most at risk from head tumours… Assembly strongly recommends that the ALARA (as low as reasonably achievable) principle is applied, covering both the so-called thermal effects and the athermic (non-thermal) or biological effects of electromagnetic emissions or radiation” and to “improve risk-assessment standards and quality”. 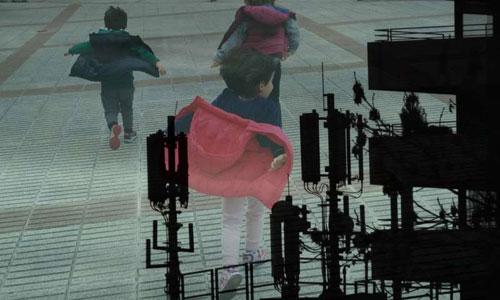 The Nuremberg Code (1949) applies to all experiments on humans, thus including the roll-out of 5G with new, higher RF-EMF exposure. All such experiments: “should be based on previous knowledge (e.g., an expectation derived from animal experiments) that justifies the experiment. No experiment should be conducted, where there is an a priori reason to believe that death or disabling injury will occur; except, perhaps, in those experiments where the experimental physicians also serve as subjects.” (Nuremberg Code pts 3-5). Already published scientific studies show that there is “a priori reason to believe” in real health hazards.

The European Environment Agency (EEA) is warning for “radiation risk from everyday devices” in spite of the radiation being below the WHO/ICNIRP standards. EEA also concludes: “There are many examples of the failure to use the precautionary principle in the past, which have resulted in serious and often irreversible damage to health and environments … harmful exposures can be widespread before there is both ‘convincing’ evidence of harm from long-term exposures, and biological understanding (mechanism) of how that harm is caused.”

The current ICNIRP “safety guidelines” are obsolete. All proofs of harm mentioned above arise although the radiation is below the ICNIRP “safety guidelines”. Therefore new safety standards are necessary. The reason for the misleading guidelines is that “conflict of interest of ICNIRP members due to their relationships with telecommunications or electric companies undermine the impartiality that should govern the regulation of Public Exposure Standards for non-ionizing radiation… To evaluate cancer risks it is necessary to include scientists with competence in medicine, especially oncology.”

The current ICNIRP/WHO guidelines for EMF are based on the obsolete hypothesis that “The critical effect of RF-EMF exposure relevant to human health and safety is heating of exposed tissue.” However, scientists have proven that many different kinds of illnesses and harms are caused without heating (“nonthermal effect”) at radiation levels well below ICNIRP guidelines.

1) To take all reasonable measures to halt the 5G RF-EMF expansion until independent scientists can assure that 5G and the total radiation levels caused by RF-EMF (5G together with 2G, 3G, 4G, and WiFi) will not be harmful for EU-citizens, especially infants, children and pregnant women, as well as the environment

2) To recommend that all EU countries, especially their radiation safety agencies, follow Resolution 1815 and inform citizens, including, teachers and physicians, about health risks from RF-EMF radiation, how and why to avoid wireless communication, particularly in/near e.g., daycare centers, schools, homes, workplaces, hospitals and elderly care.

3) To appoint immediately, without industry influence, an EU task force of independent, truly impartial EMF-and-health scientists with no conflicts of interest1 to re-evaluate the health risks and:
a) To decide about new, safe “maximum total exposure standards” for all wireless communication within EU.
b) To study the total and cumulative exposure affecting EU-citizens.
c) To create rules that will be prescribed/enforced within the EU about how to avoid exposure exceeding new EU ”maximum total exposure standards” concerning all kinds of EMFs in order to protect citizens, especially infants, children and pregnant women.

4) To prevent the wireless/telecom industry through its lobbying organizations from persuading EU officials to make decisions about further propagation of RF radiation including 5G in Europe.

5) To favour and implement wired digital telecommunication instead of wireless.

We expect an answer from you no later than October 31, 2017 to the two first mentioned signatories about what measures you will take to protect the EU-inhabitants against RF-EMF and especially 5G radiation. This appeal and your response will be publicly available.

ESSENTIAL READING: Pawns In The Game by William Guy Carr (7)