Scientists Want a Vaccine to Protect Readers From Fake News 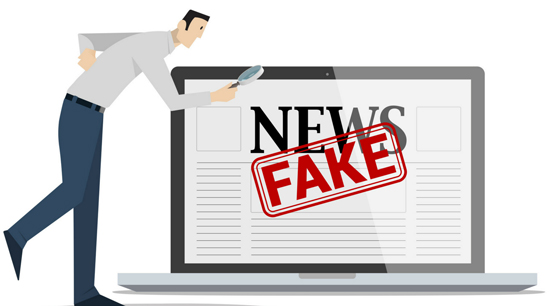 Although cultural truths – that men are smarter than women, for instance – are known to be relative, empirical truths – that the Earth revolves around the Sun – are considered by psychologists to be irrefutable, once they have been proven.

As those seeking to promulgate a biased point of view label so much information “fake news”, behavioral scientists are now studying whether the human mind can be induced to recognize and refute it.

It’s all fake news, except us, of course

In a recent study, 100 participants were provided with a scientific report, but were also informed that intentional misinformation would be included. Participants in the behavioral study, following the warning, were able to identify the false facts 100 percent of the time, as noted by Rawstory.com.

The study participants were informed that “fake experts” are typically used by industries seeking to refute scientific consensus, and the end results indicated that politics and values were not indicative of the study group’s ability to identify falsehoods.

“Nobody likes to be misled, no matter their politics,” said a researcher involved with the project, an indicator, they added, that it is possible for people to avoid being led astray by lies.

Observing that humans instinctively reject facts that contradict their personal belief systems, Yale University professor Dan Kahan’s identification of what he calls identity-protective cognition, results in a person identifying with information as long as it supports their own beliefs.

Now scientists are seeking a way to inoculate against the practice, to allow for a person to recognize a provable scientific truth as truth and alter their point of view. But what is truth?

Previous studies by Cambridge psychology professor Sander van der Linden have shown that simple acceptance of the existence of another point of view can assist in allowing those with defensively held beliefs to entertain the possibility of changing their viewpoint.

Scientists, including van der Linden, agree that acceptance of another’s viewpoint can smooth over combative defensive reactions, including among those who resist factual information merely because it challenges their belief system.

“Consensus messages don’t ask people to change their beliefs — they ask them to change their opinion about what other people believe, so they’re not a direct threat to their identity,” van der Linden detailed.

Suggesting that, by accepting that another point of view can co-exist with yours, it is possible to bring climate change deniers around to the provable negative environmental truth, the scientists said, “We’ve found that they’re one way to get people more aligned on the side of climate science.”

“You can’t talk around climate change denial, otherwise it persists,” van der Linden said, according to Vox.
In offering a scientific truth, he observed, it is helpful to come right out and say it.
“What’s important is to lead with the facts — the facts are the headline — then introduce the myth, and then explain why it’s wrong.”

“There is a consensus of evidence that human activity is causing all of recent global warming. Not some of it. Not even most of it. All of it,” he explained.

Noting that it is “all-too-easy to mislead people into thinking that experts disagree on human-caused global warming,” van der Linden suggested that, “If you want to work out whether you’re getting taken in with the fake-expert strategy, take a closer look at the «experts» who are being cited.”

Cognitive scientist and author of the Skeptical Science blog, John Cook, an adjunct lecturer at Australia’s University of Queensland — speaking about how conflicting views can coexist within a person’s belief system — offered that people “want to know how these two things can exist together. So you have to resolve it, and that turns into a compelling story.”