In 2012, the FBI conducted a secret survey to determine the driving factors behind acts of homegrown terrorism. The results, recently viewed by the Intercept, reveal why extremists appear to hate the United States and the West so much they will kill innocent people to express it.

Hint: it’s not because the Americans are “free” 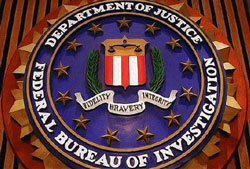 The report acknowledges that “online relationships and exposure to English-language militant propaganda and ‘ideologues’ like Anwar al-Awlaki” who, along with his teenage son, was killed by a drone strike in 2011, were also “key factors” in the radicalization process.

The report notes that radicalization is a “highly individualized” process and it can be difficult, if not impossible, to predict who will turn to violent extremism. Nevertheless, as the Intercept explained, “grievances over U.S. military action ranked far above any other factor, turning up in 18 percent of all cases, with additional cases citing a ‘perceived war against Islam’, ‘perceived discrimination’ or other more specific incidents.”

Further, “the report notes that between 2009 and 2012, 10 out of 16 attempted or successful terrorist attacks in the United States targeted military facilities or personnel.”

The report was based on responses to over 100 questions from FBI agents in an FBI unit called the America’s Fusion Cell.

“Agents were asked over 100 questions about their subjects in order to ‘identify what role, if any’ particular factors played in their radicalization – listed as ‘known radicalizers’ extremist propaganda, participation in web forums, family members, ‘affiliation with religious, student, or social organization(s) where extremist views are expressed’ overseas travel, prison or military experience, and ‘significant life events and/or grievances’.”

The agents surveyed were responsible for “198 ‘current and disrupted homegrown violent extremists’ which the report says represented a fraction of all ‘pending, U.S.-based Sunni extremist cases’ at the time.” 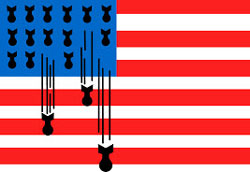 Though politicians and the media often blame the entire Islamic religion for these attacks, former CIA agent Marc Sageman disputes this explanation as a “red herring”.

“Politicians try very hard not to talk about foreign policy or military action being a major contributor to homegrown terrorism ” he said. He added that “ government reticence to share raw data from terrorism cases with academia has hindered analysis of the subject”.

According to John Mueller, a senior research scientist at the Mershon Center for International Security Studies at Ohio State University, “Insofar as there is an identifiable motivation in most of these cases it has to do with outrage over what is happening overseas.”

Mueller, who is also the co-author of Chasing Ghosts: The Policing of Terrorism, added that “people read news reports about atrocities and become angry” often perceiving American and Western violence as “an attack on one’s own in-group, religion, or cultural heritage”.

“It doesn’t have to be information from a jihadist website that angers someone, it could be a New York Times report about a drone strike that kills a bunch of civilians in Afghanistan” Mueller said.

A leaked FBI report from 2011 also confirmed that America’s “broadening U.S. military presence overseas” is a powerful factor in radicalization.

Indeed, some of the most high-profile terror attacks were driven by outrage over American foreign policy. The Boston bombers told investigators they were motivated by American wars. In France, the Charlie Hebdo shooters, too, were supposedly radicalized by the United States’ aggression abroad.

Omar Mateen, who massacred dozens of people at a nightclub in Orlando in June 2016, repeatedly told police he committed the acts of violence because he wanted the United States to stop bombing the Middle East. “They need to stop the U.S. air strikes. You have to tell the U.S. government to stop bombing. They are killing too many children, they are killing too many women, okay?” hesaid during his phone call with police, reiterating himself many times with slight variations. 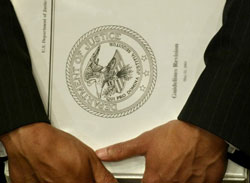 Interestingly, the FBI withheld the transcripts of these conversations for months, releasing only the shooter’s full, initial phone call with a 911 operator after it faced public backlash for releasing a heavily redacted version. The full transcripts of all of Mateen’s calls were released much later.

The FBI’s decision to withhold transcripts of Mateen’s communications with authorities, along with the bureau’s recently launched anti-extremism website for teens, https://cve.fbi.gov/why/ – which makes no specific mention of American foreign policy – indicate the FBI is not particularly concerned with addressing the root causes of terrorism.

Regardless of their unwillingness to share its knowledge with the public, the truth remains unchanged. As Sageman observed: “Terrorism is very much a product of individuals identifying themselves with a group that appears to be the target of aggression and reacting violently to that. Continued U.S. military action will inevitably drive terrorist activities in this country, because some local people here will identify themselves with the victims of those actions abroad.”

Why Do We Laugh?