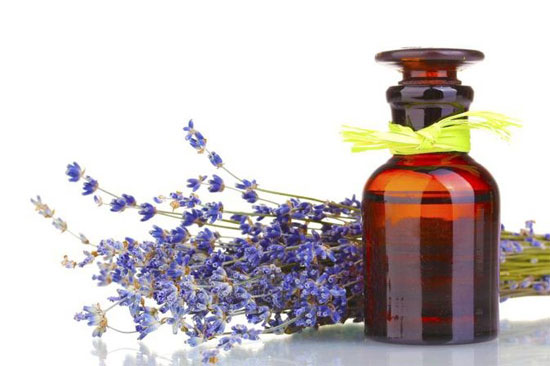 Lavender oil is a beneficial nectar extracted from the distinctive purple flowers of the lavender plant. This aromatic shrub, commonly known as English lavender (Lavandula angustifolia), originated in the western Mediterranean region and is now cultivated throughout the U.S., Europe, and Australia. A major reason for its popularity is that it boasts many health supporting properties. Let’s take a closer look at seven health benefits of lavender oil.

Lavender oil has traditionally been used as a remedy for relieving anxiety, and there’s substantial evidence suggesting a massage with the oil can be beneficial. To create massage oils, lavender oil can be combined with a carrier oil such as almond or jojoba. One recent study takes that even further, finding that a capsule preparation of the oil can act in much the same way as some anti-anxiety medications!

It seems that the same capsule preparation studied for anxiety could also be useful for aiding restlessness and improving sleep quality and duration. Try adding a drop of essential lavender oil to your pillow at bedtime or use a lavender eye pillow to block out light and support restful sleep.

Another study suggests that daily scalp massage with lavender oil can help avoid the hair loss from the autoimmune condition alopecia aerate, a disorder that causes hair to fall out, often in patches. It seems that it might also go a step further than just discouraging hair loss, also encouraging new hair growth.

4. Fights Some Types of Harmful Organisms

Lavender oil even shows potential against common skin and nail conditions. A recent study suggests the oil has strong action against nail fungus and can even attack fungal cells at the cell membrane.

While the scent of lavender is very popular for its relaxation effects, a recent study also suggests aromatherapy could support normal circulation, while helping balance cortisol (a hormone released during stress) levels. Adding lavender oil to your exercise or meditation routine may go a long way.

In addition to being a remedy for skin fungus, lavender also supports overall smoothness and offers a protection because of its natural polyphenol content.

Lavender has a lot to offer in terms of health, and it’s not just the oil that’s good for you. The flowers themselves can also be very beneficial. In Germany, they enjoy a tea that uses lavender flowers to remedy “insomnia, restlessness, and nervous stomach irritations.” Not to mention lavender smells wonderful.