Seven Ways to Heal with Bananas – The Evidence 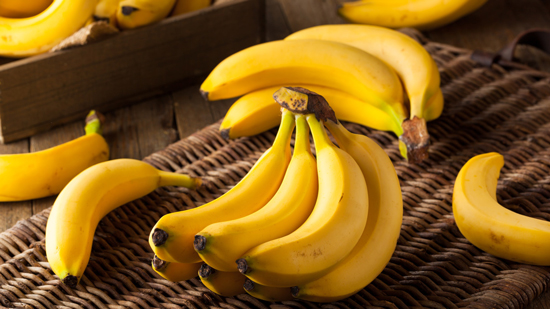 The banana has a secret second life. It has been observed slyly practicing medicine without a license, and indeed, seems readily equipped with nutritional super powers.

There is much more than meets the eye with the banana. A household favorite, a lost-leader at the grocery store, a mainstay of comic slap stick, the banana has woven itself deeply into human affairs, on both gut and mental levels. And this relationship is at least 10,000 years old, as far as conscious human cultivation of the species goes.

Many do not realize that the banana is more than just an exceptionally starch-rich fruit, but has a complex biochemistry, with unique pharmacologically active properties which scientists have characterized. Bananas actually contain the catecholamines dopamine and norepinephrine, the very same adrenal hormones released in the human body when it undergoes the typical “fight-or-flight” response. It is believed that the banana plant uses the biosynthetic pathway for catecholamines when under the stress of attack to fight off infectious pathogens such as in crown rot disease. Some varieties excrete a form of serotonin in their sap, and there is even mention in the biomedical literature of the discovery of the NSAID drug naproxen (trade name Aleve) within the banana Musa acuminate type.

Before a banana is ripened, while it is in its green state, it contains starches which are resistant to digestion, but have been studied in combination with pectin to significantly reduce intestinal permeability and fluid loss in those suffering with bouts of diarrhea. Even when used without pectin, green banana has been found to hasten recovery of acute and prolonged childhood diarrhea when managed at home in rural Bangladesh.

Banana powder has been studied to prevent ulcer formation induced by a variety of drugs, including aspirin, indomethacin, phenylbutazone, prednisolone, cysteamine, and histamine. Researchers have found that banana powder treatment not only strengthens mucosal resistance against ulcerogens but also promotes healing by inducing cellular proliferation. One of the anti-ulcer compounds identified within unripe banana is the flavonoid known as leucocyanidin, and which is particularly effective against aspirin-induced erosion.

A water extract of banana stem extract has been found to suppress the formation of oxalate-associated kidney stones in the animal model, leading researchers to conclude that it “may be a useful agent in the treatment of patients with hyperoxaluric urolithiasis”.

UV-B light induced skin damage may be prevented or reduced through the consumption of bananas, with a protective effect against loss of skin elasticity.

Banana flower extract has been studied in a type 1 diabetic model, and has been found to have both antioxidant and blood sugar lowering effects. Banana root extracts have been discovered to contain blood sugar lowering properties comparable in efficacy to the drug glibenclamide (trade name Glyburide). Also, unripe banana contain starches resistant to hydrolysis and therefore beneficial to diabetics.

Banana contains compounds with demonstrable anti-MRSA activity, anti-HIV replicative activity, and following metabolic transformation by fungi, anti-leishmanicidal activity. The leaves of the plant are used in many centers in India during the care of patients with toxic epidermal necrolysis (TEN) and other extensive blistering disorders which can result in deadly sepsis in the absence of treatment.

Whatever you do, don’t slip up and buy non-organic bananas. Like other foods that are grown in massive monocultures, without crop rotation, they are a pesticide-intensive crop. And this concern extends beyond simply what agrochemicals you are exposing your body to. In conventional farming, the planet gets carpet-bombed as well with these nasty toxicants, and since we all live on the same Earth, eventually those pesticides make it back up the food chain to you, whether you choose to eat organic or not.

Eight Verses for Training in Love and Compassion