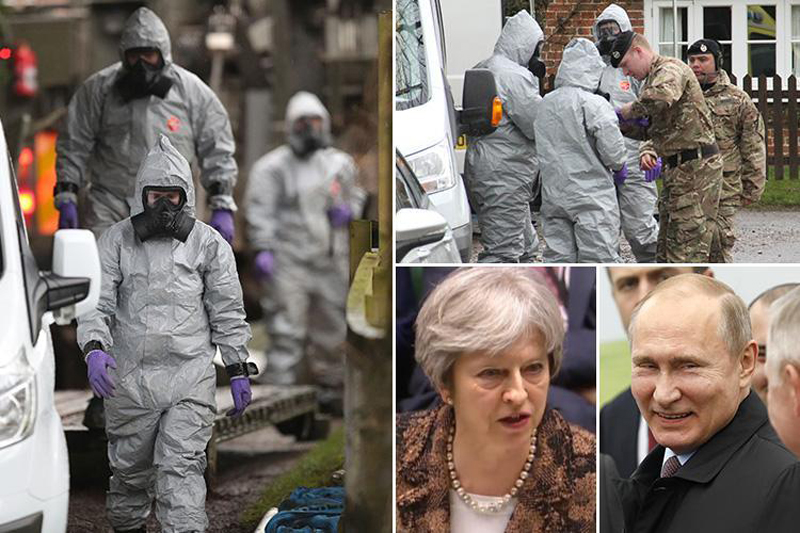 One would have assumed at any other time in our nation’s history that the British public would have automatically been four-square behind our prime minister and the British security services in their condemnation of a foreign power apparently committing a terrorist attack on British soil. Yet the current controversy surrounding the apparent attempted murder of ex-Russian double-agent Sergei Skripal and his daughter, which is polarising international opinion as one would expect, is also polarising political opinion here in the UK.

In decades long gone we British and our government in particular had a reputation for honesty and integrity such that no one would have seriously doubted the veracity of statements made by government ministers, especially those made in Parliament, and government ministers found to have misled the public resigned automatically as happened in the famous Profumo scandal of the 1960s. Fast forward five decades however and post Tony Blair’s dodgy dossier, we now live in a very different world in which all politicians are regarded as compulsive liars, whether it be with regard to their election campaign promises, financial corruption, their sexual fidelity in marriage, the existence of weapons of mass destruction, or anything else.

As the governments of the United Kingdom, the USA, France and Germany square up to Vladimir Putin’s Russia, accusing the Russians and Vladimir Putin personally of being culpable in the use of a deadly nerve agent in the attempted murder of Sergei Skripal and his daughter, what are we to believe?

A factor in this affair is that Skripal co-operated with the Russian authorities after his arrest for treason in 2004 and this led to the exposure of a British spy ring based in Moscow in 2005. As a consequence, Skripal was not sentenced to death as one might suppose, for his work as a double agent, nor was he sentenced to life in prison. He was sentenced to a mere thirteen years in prison and had he not been part of an exchange deal between Russia and the West conducted in 2010, he would by now have served that thirteen year sentence and would be a free man. As traitors go, Sergei Skripal would not seem to figure very highly in terms of the Kremlin’s priorities.

Since coming to Britain in 2010, Skripal has lived quite openly in Salisbury and has frequently received visits from his daughter who travelled openly between Russia and Britain and so if Vladimir Putin harboured homicidal intentions towards Skripal, it would not have been difficult to find him and Putin could have had Skripal murdered at any time during the past eight years he has lived in Britain, but chose not to.

It would be comforting to be able to determine with certainty who are the “good guys” and who are the “bad guys” in life, and to know who to believe when issues of this type surface, but we would be naïve in the extreme to believe based on what little concrete evidence is available at present, that the Russian government and Vladimir Putin are definitely responsible for the attack on Sergei Skripal. Certainly the Russians must be near the top of our list of suspects, but as yet there is no proof and it is foolish to take steps that will bring about the certainty of deep enmity between Britain and Russia until proof is established.

We must ask ourselves: would someone like Putin have foregone the opportunity to quietly execute Skripal during the period of his arrest and imprisonment between 2004 and 2010, only to subsequently authorise his murder in this apparently most blatant and provocative fashion some eight years later, at a time when Putin is just days away from an important election and just months before Russia is due to host the 2018 World Cup Tournament?

It is of course possible that Skripal has continued to provide information to Western intelligence sources that is damaging to Russian interests, but this has not been established. It is also possible that during the years of the decline and collapse of the Soviet Union that quantities of the deadly Novichok nerve agent fell into the hands of the Russian mafia or into the hands of rogue elements within the Russian secret service and that this poison has since been passed to or made available to other people who want Skripal dead for whatever reason.

Neither the Russians nor the Soviets before them ever acknowledged that they had developed Novichok nerve agents. It is only scientists such as chemist Dr. Vil Mirzayanov who defected to the West during the collapse of the Soviet Union who have ever reported the existence of Novichok. Dr. Mirzayanov defected to the US, where he published the chemical formula for Novichok in his book, State Secrets.
The name Novichok means “newcomer” in Russian, and applies to a group of advanced nerve agents allegedly developed by the Soviet Union in the 1970s and 1980s. They were known as fourth-generation chemical weapons and were allegedly developed under a Soviet programme codenamed Foliant. 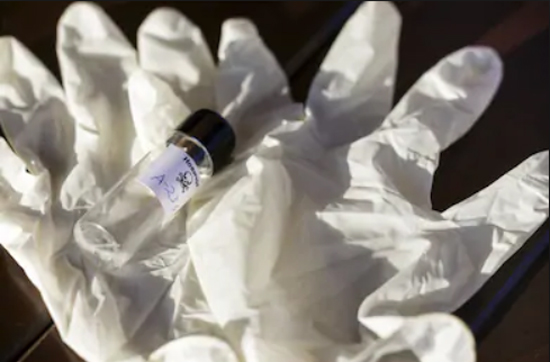 In 1999, defence officials from the US travelled to Uzbekistan to help dismantle and decontaminate one of the former Soviet Union’s largest chemical weapons testing facilities. According to Dr. Mirzayanov, the Soviets used a plant there to produce and test small batches of Novichok.

In their defence, Russian spokespeople have pointed to the British chemical and biological warfare laboratories at Porton Down, which are regarded as the most advanced anywhere in the world and one of the few places capable of developing and producing Novichok. The Porton Down Laboratories are only eight miles from Salisbury where Sergei Skripal lives and where he and his daughter were attacked, and the Russians have hinted that this might not be mere coincidence.

As I have already stated, it would be comforting to be able to determine with certainty who are the “good guys” and who are the “bad guys” in life, but one thing we can be sure of is that the current British government cannot be trusted to tell us the truth.

The Heath government lied to the British people and our Parliament over the loss of national sovereignty that would follow our entry into the European Union, yet plans for a federal Europe admitted only now and the difficulties we are now facing in our attempts to negotiate our way out, make it obvious that our national sovereignty has been massively compromised.

The Thatcher government lied to us over the impending destruction of British mining and our steel industry, and yet we now have no functioning coal industry and our steel industry is in foreign hands and on its last legs.
The Blair government lied to us over the dodgy dossier concerning Saddam Hussein’s alleged weapons of mass destruction, and yet we now know that dossier was false, and furthermore, we have been lied to by successive governments regarding the rate and extent of immigration into this country. We were told that immigration would not threaten our way of life and yet, here we are facing a future in which we indigenous British are marginalised and in danger of becoming a minority in our own country, and in which Islam may soon become the dominant religion.

One thing experience has taught us is that our government cannot be trusted to tell the truth, nor to act in the interests of the indigenous British people. We must therefore be very circumspect upon hearing government pronouncements regarding the alleged threat posed by Russia.
From what we can see of Putin, he has acted to restore order and stability in Russia and to rebuild that country’s prestige and influence internationally. This is something the Russian people are presumably very grateful for.

He has acted to limit Third World immigration and the spread of Islam in Russia. He has acted to destroy ISIL and return stability to war torn Syria. Something that I imagine the majority of the Syrian people are grateful for.
Quite possibly Putin is a corrupt leader, but from the perspective of the common people, he appears to be less corrupt and more principled than most of his detractors in the West, and before they take further steps to provoke a new Cold War, they would be wise to put their own houses on order before their hubris and hypocrisy brings about their downfall.

As a result of the attempted murder of ex-Russian double-agent Sergei Skripal and his daughter, the pair are now critically ill in hospital and more than thirty or so other people have needed to seek medical treatment and advice regarding possible contamination with the nerve agent. This incident has endangered and may possibly change and compromise the lives of 30 to 40 people, and as a consequence, Tory politicians risk taking our country to war with Russia, with the insults and allegations and sanctions taken against Russia. It is strange however that when it was recently announced that the lives of more than 1,000 young girls in Telford have been seriously compromised and in some cases utterly ruined by a Muslim grooming gang, those same Tory politicians were silent.

Vladimir Putin is a player on the world stage of power politics and I would be surprised if he hasn’t had quite a number of his enemies eliminated, and on this issue regarding Sergei Skripal he may be lying, but what he doesn’t do is allow tens of thousands of under-aged Russian girls to be openly lured into drug addiction and threatened and black-mailed into prostitution, where they become the sexual playthings of criminal immigrant gangs. Furthermore, he does not allow the honour and self-respect of the Russian people to be so brazenly affronted and repeatedly sullied, and that is why the Russian people respect him, despite any crimes he may have committed against Russia’s enemies, and why the British people have no desire to go to war against Russia and only contempt for our politicians’ posturing over this attack on Sergei Skripal.

Over-Vaccinated Children and the Allergy Epidemic

Seven Ways to Heal with Bananas – The Evidence