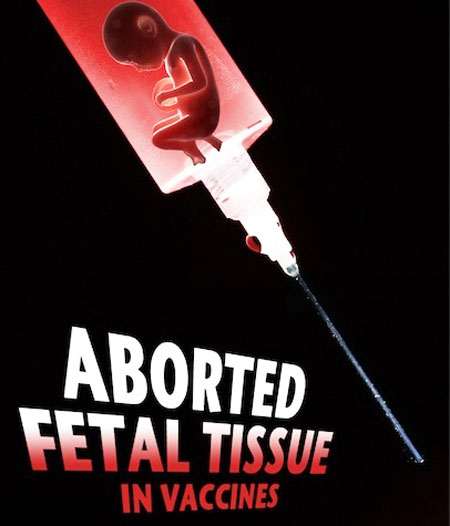 The mainstream media is actively trying to bury the findings of a recent study that sheds a not-so-positive light on influenza vaccines. Published in the peer-reviewed journal Vaccine, the shocking paper reveals that pregnant women who receive seasonal flu shots year after year are more than four times more likely to have spontaneous miscarriages compared to women who don’t get jabbed.

Funded by the U.S. Centers for Disease Control and Prevention (CDC), this groundbreaking research rejects the official government narrative that all vaccines are completely safe and effective, which is probably why some of the gatekeepers of “science” are already starting to question its implications. Vaccine’s editor-in-chief, Dr. Gregory Poland, for instance, recently stated contradictorily that while the paper raises important questions about vaccine safety that shouldn’t be ignored, he also doesn’t believe that flu shots are in any way responsible for causing miscarriages.

“Not at all” Dr. Poland emphatically stated when asked whether or not flu shots are risky business for pregnant women.
How Dr. Poland can make such a claim when the study was conducted using rigorous scientific methods that many consider to be the “gold standard” is a bit disingenuous, especially when considering the fact that if the opposite had been discovered – that pregnant women can get flu shot after flu shot with no risk of complications – such findings would have been immediately declared by every major health agency and news station to be gospel truth.

Further, it was two CDC researchers, not “anti-vaxxers” who noticed what ABC News described as “a big difference” between women who had miscarried within 28 days of getting a flu shot, as well as who had received a flu shot the year prior. Among such woman, 17 of the 485 evaluated had miscarriages compared to only four of 485 women from an unvaccinated comparison group.

The Center for Infectious Disease Research and Policy at the University of Minnesota reported on these findings as suggesting “a strong association between receiving repeated doses of the seasonal influenza vaccine and miscarriage.” That pretty much speaks for itself, wouldn’t you say?

Flu shots cause spontaneous abortions, the remains of which are used to manufacture other vaccines

Besides the inherent risk of spontaneous abortion that comes with pregnant women getting flu shots, according to this research, there’s also the use of aborted human fetal tissue in many vaccines that suggests the vaccine industry is really just an extension of Planned Parenthood and other key players in the abortion industry.

Consider a research article that was published by Jessica Farnsworth back in May 2011 that looked at the link between aborted human babies and vaccine production. As it turns out, the vaccine industry technically relies on the abortion industry to develop new vaccines, so it’s hardly surprising that these same vaccines seem to cause abortions as well.

“Cell strains from fetal organs can multiply many times and provide a cell source for many decades, serving as an ideal culture medium due to their longevity” Farnsworth reported. “One aborted baby can be the source of a cell strain with a potential yield of about 20 million metric tons of cells, which can be stored frozen for many years. The availability of aborted babies also presents an economic advantage over animal sources of cell cultures such as monkey, chicken, duck, dog, or rabbit, since animals must be housed, fed, maintained, and bred.”

So there you have it: The disgusting truth that the abortion business is key to vaccine production, which in turn results in more abortions. It’s a constant cycle of death being propagated against the American people in the name of “public health” but thankfully, the truth is spreading.