Side effects of asthma treatment? Cataracts found to be 50% more likely in long-term sufferers that used steroids

As people age, our cells naturally die due to oxidative stress. The effects of cell death include aging-related neurodegenerative disorders as well as general physical weakness. One of these aging side effects include cataracts – a clouding of the eye lens which affect vision. While most cataracts are related to aging, people who use steroidal drugs due to asthma and hay fevers have a 50 percent increased risk of developing cataracts, according to a recent study from the Catholic University of Korea. 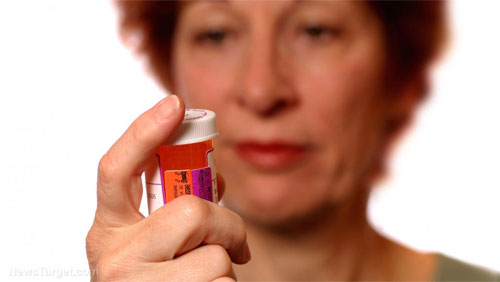 Asthma is a chronic, long-term disease that causes the lungs and the airways to become inflamed and narrowed. It affects more than 25 million people in the U.S., seven million of whom are children. Asthma does not have any cure, but treatments to control its effects are available. These include inhaled corticosteroids, which are now being linked to an increased occurrence of cataracts.

The study investigated 14,776 participants who were at least 19 years old: 143 had atopic dermatitis, 417 had asthma, and 1,130 had allergic rhinitis. The tests showed that atopic dermatitis was not associated with cataracts, but asthma and allergic rhinitis was. A plausible explanation of this association was that the group of participants with asthma were older than other groups. It may also be explained by the use of corticosteroids in the nasal cavity adjacent to the oral cavity. Data from the Fifth Korean National Health and Nutrition Examination Survey was used to in the study.

The research was supported by the National Research Foundation of Korea (NRF) grant funded by the Korean government.

Instead of inhalers, what can asthma patients do to reduce the effects of the condition? As many as 40 percent of people with an allergic disease or asthma will have tried a natural remedy, aside from conventional medicines and inhalers that are already available.

Studies show that steam baths may help in treating asthma. The steam helps alleviate symptoms such as nasal stuffiness, and assists in dilating the narrow airways which is common in both allergic disease and asthma patients. Foods such as garlic, ginger, echinacea, licorice root, turmeric, honey, and foods rich in omega-3s have components that treat cough and colds, as well as other respiratory dysfunctions.

Cataracts are treatable, but treatments usually involve invasive surgery. Mild cases of cataracts can be helped with eye glasses, but severe cataracts that cause vision loss will have to be operated on. Removal of a cataract almost always involves application of an artificial lens after the cataractous lens has been extracted. Only local anesthesia is needed for the procedure, and often does not require hospitalization. The whole surgery lasts only 30 minutes to an hour.