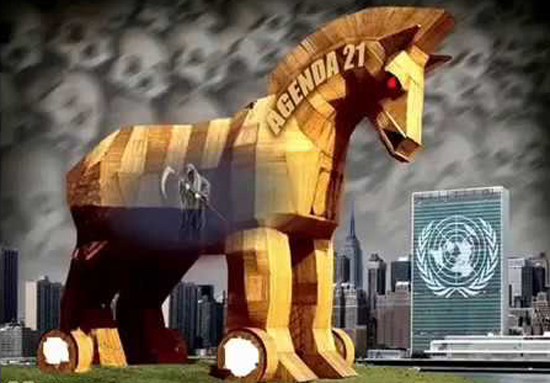 If ever there’s a case of heartless self-interest masquerading as we care for you it’s in Agenda 21. Essentially, Agenda 21 is a global enslavement plan with coordinated international agendas disguised as unconnected schema for handling local concerns.

The strong push for these hidden international agendas from NGO’s (non-governmental organizations), federal agents and various planning groups have caused targeted local government elected representatives to give in to the demands and approve legislation.

The local elected representatives may be nonplussed over why there’s such a demand for approval: “Don’t question anything, just do as we sayˮ they’re basically told. Finally giving their approval to what they see as local concerns only, they may be clueless about the hidden intentions behind these international enslavement agendas and the consequences.

These disturbing agendas are based on a number of falsehoods. So, in light of this, here are 6 falsehoods exposing dot-connecting issues making up the Agenda 21 and sustainable development.

A major motivating factor behind Agenda 21 and the justification for sustainable policy is the claim that there is a world overpopulation crisis. In spite of all the fear mongering this is not the case. For example, in developed countries populations have in fact decreased.

However, the policy makers of Agenda 21 rail against anyone disputing this. They factor in the recent influx of immigrants (legal or illegal) as in the case of the USA. Indeed, this is not a world population increase, but merely a number of people who’ve moved from one place to another through deliberately manufactured open border immigration policy to justify Agenda 21 and its plans to concentrate the resultant overpopulation into small confined areas.

With the populace concentrated in these confined areas it’s easier to control them. They will have their national identity/sovereignty wiped out…

“A total world population of 250-300 million people, a 95% decline from present levels, would be ideal.” – CNN Founder Ted Turner

“Childbearing should be a punishable crime against society, unless the parents hold a government license. All potential parents should be required to use contraceptive chemicals, the government issuing antidotes to citizens chosen for childbearing.” – David Brower (Sierra Club)

“In the event that I am reincarnated, I would like to return as a deadly virus, in order to contribute something to solve overpopulation.” – Prince Phillip (husband of Queen Elizabeth II and co-founder of the World Wildlife Fund)

Well over 30,000 scientists have signed a partition saying there is no climate change. Around 50% of meteorologists have also expressed their dissention. In spite of all the evidence going against the climate change claim proponents have become near hysterical in their rally for implementing related policy.

As part of an attack on those disagreeing with climate change the US Justice Department wanted to take action on “deniers.” Even those questioning have been attacked. Why don’t these authorities rub a few brain cells of investigation together and find out that the science is at its best far from sound?

It’s because they’re not interested in the truth. The official line, the claim that climate change is proof of how humankind is destroying the planet through greenhouse gas overproduction has to be accepted en masse regardless of the truth.

Proponents know that acceptance of the official line is crucial for Agenda 21 and its related policies to continue. Threats, cover-ups and lies, proponents will do anything to keep us pinned to the wall, accepting climate change.

Controlling energy, smart meter installation, less car usage, costly bike pathways and rail systems etc., it’s all based on the climate change sustainable policy hoax. A handful of those proponents just happened to have made huge amounts of money on implementing this.

Agenda 21 “reform” is a gross top down controlling, oppressive system, treating people like sheep needing to be shepherded from pen to pen, not taking into account their individuality. Proponents know that it is necessary to start indoctrinating the populace at a very early age to get used to it.

So children are being indoctrinated to grow up into the Agenda 21 “reform” through common core education, which is nothing more than a dumbing-down programme designed to socially engineer them into acceptance and passivity and not think critically.

Jobs will be selected for them in these indoctrination/training schools. They will have attitudes and values different to their parents to forcibly become global citizens in a global economy for the Agenda 21sustainable development.

You’ve heard it said in mainstream media. The likes of Hollywood stars have said it. It’s no coincidence that in recent times, more publicity has been given to those speaking out about the “evils of the free market systemˮ.

This increased publicity has been deliberately orchestrated. Proponents of Agenda 21 want the masses to accept the idea that the free market is a corrupt evil system where the rich exploit the poor. That’s because they have hidden ulterior motives to do with economic policy (redistribution of wealth) and protecting the environment.

Consistent with sustainable development, whether it’s the UN or the former Obama administration in the US, there is a push towards a ‘zero economic growth’ policy. This means manufacturing industries will be forced to shut down, finding it too difficult to operate. New industries will find it virtually impossible to start a business.

For instance, in the case of the USA, the lap dog for Agenda 21 proponents, to see that this happens, is the Environmental Protection Agency (EPA). The EPA has closed down whole industries such as the coal industry. Also, other closed down industries include timber, road building and dams, using the paltry excuse each time that they’re doing it to protect the environment.

How can there be a growth in the economy when all these industries are disappearing? Agenda 21 proponents don’t want growth. They want to maintain the current status quo. This will greatly reduce resources, leading to the formation of a Hunger Games Society where people will be living at settlement zones in abject poverty.

“My three main goals would be to reduce human population to about 100 million worldwide, destroy the industrial infrastructure and see wilderness, with its full complement of species, returning throughout the world.” – Dave Foreman, co-founder of Earth First

“Isn’t the only hope for the planet that the industrialized civilizations collapse? Isn’t it our responsibility to bring that about?” – Maurice Strong, founder of the UN Environment Programme

5. Sustainable medicine – Healthcare masquerading as your “duty to die” 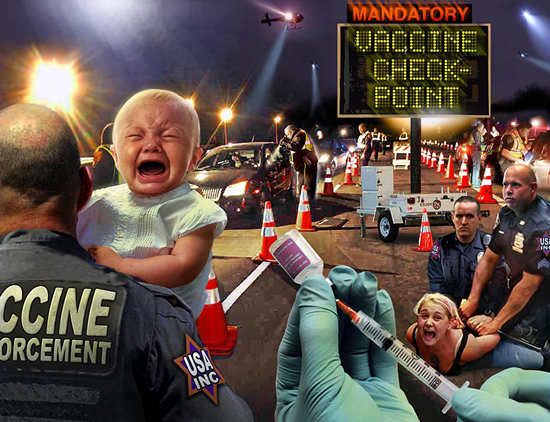 The term “Sustainable Development” is a euphemism for private property land grabbing while “Sustainable Medicine” is in effect a body grab. Visioning councils will determine what shall be done with the health of each individual in their settlement zones. No individual will have any choice other than to follow the health directives given to them by the councils.

Essentially, low-key health technology will be used to only treat symptoms, causing the illness to return. In line with Agenda 21, sustainable medicine is in effect a plan for a population reduction.

While this is already being implemented, local governmental officials are giving it their approval because they’re practically clueless about the big picture and how it’s a growing health and freedom eroding monster.

6. Cheaper energy as a threat to Earth

In these tough economic times the idea of preventing cheap energy seems crazy, until you see the ulterior motive. Governments shell out a ton of money on alternative energy like solar power and wind when it only meets a small percentage of our requirements.

They use the excuse that this is a necessary replacement for CO2 emitting, global warming conventional forms (which, to remind you, is based on a hoax). Former president Obama signed an executive order, preventing the offshore drilling for oil. Taxes are forever increasing on conventional energies.

All this goes beyond “protecting the environmentˮ. It’s done to create “harmonizationˮ into the extreme socialist sustainable stranglehold.

Agenda 21 (or the “on steroidsˮ new version: Agenda 2030) is nothing more than a quest for the actualization of a New World Order global fascist totalitarian state based on multiple false pretexts to create a massive population reduction, where a small handful get extremely wealthy, while the rest live in abject poverty using environmental protection as an excuse.

People, are you going to stand for this monumental deception?

Cancer, Cancer Everywhere … But Not In The Presidential Suite