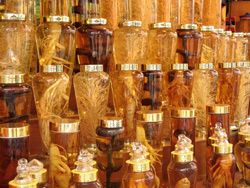 When it comes to our health, we do everything humanly possible to maintain it. However, when it comes to our mental well-being, we often ignore our emotional extremes and mood swings. Stress, insomnia, and genetics all contribute to hormonal imbalances and this may result in a number of mental diseases and disorders.

Many of nature’s medicinal plants contain vitamins, minerals and many antioxidants that can counter and prevent several ailments which deteriorate mental health.

Many medicinal plants have been used since ancient times, for the prevention and treatment of almost every disease known to man. They can either be encapsulated or taken in form of herbal teas. The good thing about medicinal plants treatments is that they do not pose any serious threats to one’s health as they have minimal side effects. 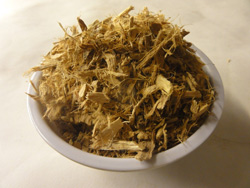 Mulungu bark (Erythrina mulungu) is used in Central and South America for calming the nerves, improving the mood and aiding sleep. Mulungu contains erythravine, an active alkaloid which helps in anxiety reduction and protecting brain function. The flavanoids found in Mulungu are one of the best antioxidants and help in having a healthier brain. They are found to inhibit anxiety without any side effects and do not affect basic motor skills.

Another effect of Mulungu is the strong physical sensation of wellbeing. It elevates the mood as well. It is known to be helpful with brain diseases like epilepsy, insomnia and anxiety. Studies have shown that all these diseases lead to major brain disorders and other brain degenerative diseases. Mulungu can be taken on its own or with a stimulant like green tea to amplify its effects. It gives mental clarity and improves brain function. 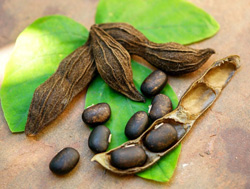 Mucuna (Mucuna pruriens) has been used in ayurvedic medicine since 1500 B.C and is also known as the velvet bean. Mucuna contains L-dopa which is a biochemical precursor to several neurotransmitters. Dopamine happens to be one of these neurotransmitters in addition to adrenaline and noradrenalin, and it supports improved brain function and increased memory. It also regulates the mood and cognition.

Mucuna is widely known as an anti-aging herb. The antioxidant properties make it anti-inflammatory and effective towards the protection of neurons. It protects brain function by keeping a check over cognitive and neural functions. Mucuna’s secret benefit is that it fights redness in brain, which is one of the symptoms of brain degradation. 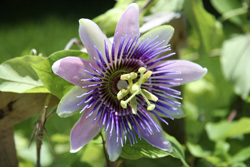 Passion flower (Passiflora incarnata), also called apricot vine, was found in 1956 in Peru. Passion flower is used in natural medicine to promote calmness and relaxation. It is also found to be very helpful in reducing anxiety. In synergy with other forms of treatment, it is found to be effective in reducing anxiety, irritability, insomnia and agitation. It also helps with psychiatric disorder called adjustment disorder with anxious mood. Passion flower also helps with sleep disorders and seizures. 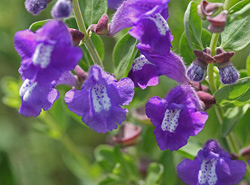 A natural tranquilizer, Skullcap (Scutellaria lateriflora) is an American perennial herb found from New York to Virginia and southwards to South Carolina, Alabama and Missouri.

Skullcap is a very powerful medicinal plant. It is used in treatments of many nervous related disorders like epilepsy, hysteria, insomnia and anxiety. It is also used in the treatment of ADD and a number of other nervous disorders. It is anti-inflammatory, antispasmodic, febrifuge, sedative and tonic in nature. It contains volatile oils, tannins and scutellarins that are very helpful in mental disorders. Research suggests it possesses mood enhancing properties and protects brain against damaging effects caused by inflammation.

According to HerbsList, Skullcap eases muscle spasms, muscle twitching and may help in ailments that involve involuntary limb movement, such as Parkinson’s disease and epilepsy. 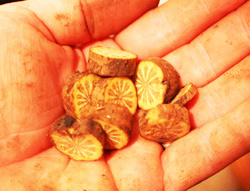 From the roots and stem of the Kava (Piper methysticum) plant, a non-alcoholic beverage is made. This medicinal plant is found in the islands of South Pacific. It is being used since the early 90’s as the natural medicine for stress and anxiety. It contains kava lactones which are responsible for its psychoactive qualities. They work in the brain to produce non-narcotic action against anxiety. Kava is beneficial for anxiety and doesn’t affect heart rate or blood pressure.

Other disorders where Kava has been found beneficial are migraines, ADHD, psychosis, depression and chronic fatigue syndrome. 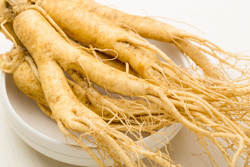 Ginseng (Panax ginseng) is a widely used natural remedy all over the world. Its health benefits have been known for over thousands of years. It is used as a tonic to balance, stimulate and relax the nervous system. It brings strength and wisdom.

Ginseng is an adaptogen. Adaptogens are known to make us more resilient to mental and physical stress. They reduce the stress hormone cortisol and increase the adrenal gland. Adaptogens can calm you down and boost your energy without over stimulation.

It has the same relaxing effect and increased alertness as experiences after green tea. It helps in getting better sleep, increased energy levels and greater personal satisfaction. It is also helpful with the treatment of depression by regulating serotonin, dopamine and noreprinephrine. It works as brain booster and protector. It improves brain function and concentration. It helps with memory issues and protects against age related mental issues. Ginseng also works as an antioxidant and helps in protecting the brain cells against free radical damage.

Increasingly large numbers of people are suffering from brain diseases like Alzheimer’s and Dementia. A large number of synthetic medicines are also available to help with the symptoms, but they are heavy on the pocket and come with many side effects. These medicinal plants have been in use since at least several hundreds of years and do not pose any health threats. Continuous use of these medicinal plants will ensure a healthy brain, strong enough to fight away any specific disease.