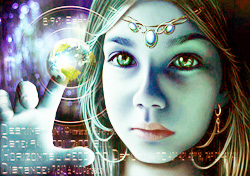 Here are quotes from two works-in-progress, The Underground and The Magician Awakes, by author Jon Rappoport. The quotes also refer to three collections: The Matrix Revealed, Exit From The Matrix and Power Outside The Matrix.

“If you are nothing more than a biological machine, then what you think doesn’t matter. There is no you. This is the technocrat’s wet dream and fervent hope.”

“Intellectuals and scientists and technologists have adopted the viewpoint that, since they can see the whole of society from above, and since they can understand its workings in clearer and evermore specific terms, and since they understand the vast field of natural resources, they can and should plan and plot the future of humanity. This belief is a form of insanity.”

“If you could walk into a person’s mind, as if it were a post office, and if you could get rid of every letter and package that extolled, or surrendered to The Group you would see that person rise to a new height. You would see a renewal on a grand scale.”

“I’m not trying to discourage any and every group response, but I am saying, without question, that every major covert op is played in order to eradicate the idea of the individual. This is basic mind control. This is the reason mind control exists: to elevate ‘group’ over ‘individual’.”

“In Adjustment Team (1954), Philip K Dick wrote: ‘You were supposed to have been in the Sector when the [mind control] adjustment began. Because of an error you were not. You came into the Sector late – during the adjustment itself. You fled, and when you returned it was over. You saw, and you should not have seen. Instead of a witness you should have been part of the adjustment. Like the others, you should have undergone changes… something went wrong. An error occurred. And now a serious problem exists. You have seen these things. You know a great deal. And you are not coordinated with the new configuration’.” 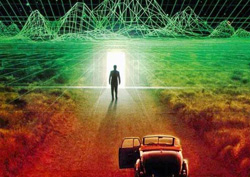 “What I call the Reality Manufacturing Company wants everyone to have the same inner configuration.”

“Nowhere in the formulas of the Matrix is the individual protected. He is considered a wild card, a loose cannon, and he needs to be demeaned, made an outsider, and characterized as a criminal who opposes the needs of the collective.”

“Strapped by an amnesia about his own freedom and what it can truly mean, the individual opts for a place in the collective gloom. He may grumble and complain, but he fits in. But for how long?”

“A struggle continues to live. It lives in the hidden places of every individual who wants out, who wants to come back to himself, who wants to stride out on a stage. Freedom and power again. The shattering of amnesia. In this stolen world. A new stage play, titled: The Extinct Individual Returns. In this new play, dominoes of the collective begin to fall. The stinking structure collapses, a wing here and a wing there. The vast sticky web called ‘the people’ begins to disintegrate. The pseudo-scientific plot to make humans pieces on the grand chessboard, biological machines to manipulate at will, with ‘inputs’ that ‘elicit predictable responses’ – this great plan and great deception eventually becomes a burnt cinder in the annals of failed histories.”

“Someone says, ‘I want to wake up one morning and see reality in a different way, a better way.’ Then do so. Invent a new way of seeing. That’s the prescription for an artist. He creates a different way of perceiving reality. This is what he offers. This is more than a solution. It’s a revolution. It’s another universe brought into this one. Why not?”

“Repeating patterns in the mind are like organizations that keep turning out the same products. After a while, these organizations are made up of habits. To break a habit, you turn out a new product. And there no rules for this breakthrough. Imagination is the basis.”

“A person breaks through his patterns when he stops buying the products he always buys. He buys a new product. And the best product is an idea. The best idea is one that imposes no sharp boundaries. Instead, it liberates the mind. The mind can now consider options it never entertained before. The lights go on in territories that had never been explored.” 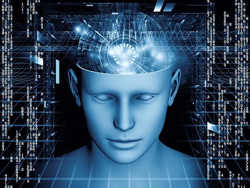 “Without thinking about it, the artist stacked half-a-dozen paintings in his studio against a wall. They overlapped. They stood side by side. Later, when he glanced at them, he was startled. They now formed one new painting. It made no conventional kind of sense. Instead, it produced the effect of seeing several universes ‘happening’ at the same time in the same place. That sensation immediately transformed what his endocrine and neurotransmitter systems were doing. Those systems were now saying to him: ‘We can handle this change. We’re up to the job.’ For the rest of the day, the painter felt his body making adjustments, as if he were preparing and tuning up for some interstellar voyage.”

“Imagination decimates restrictive human programming. With imagination, you aren’t buying a story; you’re inventing countless numbers of stories. But this invention isn’t just aimless ruminating – you create something new, you express something new, and you propel it into the world. Of course, there is fear of the New. People think something terrible might happen if they invent something new. Their friends might ridicule them. The whole universe might suddenly collapse. Their minds might shred. Whereas the truth is: you can create infinitely. And what you create is new.”

Elites’ Globalization in Danger, What’s Next?