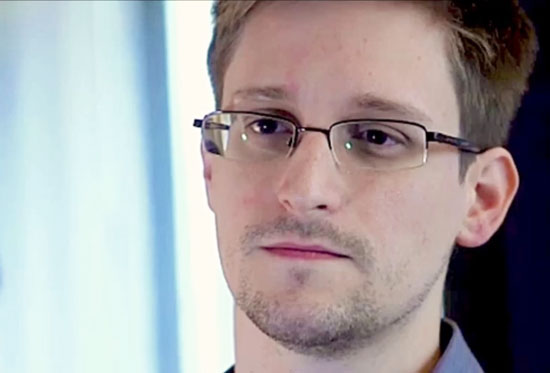 Soon after Edward Snowden went public with his information that exposed the NSA’s secret spying program, Snowden spoke some words that still ring with curiosity in the ears of many: “All I can say right now is the US Government is not going to be able to cover this up by jailing or murdering me. Truth is coming, and it cannot be stopped.”
Truth is coming, and it cannot be stopped. While those are some exciting words for most free thinkers, they are not so exciting for certain few in Brussels, Washington D.C., London, New York, Vatican City, Frankfurt and other areas.

If we look closer at his words and the timing of them, which was after, and not before he went public with his information, it appears that something is still in play. There is more truth left to be revealed. There are people still working to reveal even more truth. There is an end-game in sight.

While it might be difficult for some to believe that the shadow government / cabal will have their darkness and corruption exposed, the truth is that we are already seeing some of those things come to light, and with so much more to come.
Indeed, there are good guys within The System working to take down this banking and political elite.

The first piece of evidence we have on this is what Craig Murray, a former UK ambassador, told the world: that the CIA is lying about Russia being the source of the WikiLeaks revelations.

Zerohedge reported on what Murray said: “I know who leaked them. I’ve met the person, who leaked them, and they are certainly not Russian and it’s an insider. It’s a leak, not a hack; the two are different things.”

In other words, a good guy working within The System leaked the information. Someone on the inside is working to expose the shadow government.

The next piece of evidence, though not so covert, is the bill that Tulsi Gabbard proposed in early December of 2016. The Stop Arming Terrorists Act proposed by Gabbard aims at stopping the U.S. government from funding and arming ISIL, al-Qaeda and other terrorist groups. Tulsi stated about her proposal: “If you or I gave money, weapons or support to al-Qaeda or ISIS, we would be thrown in jail. Why does our government get a free pass on this?”

So yet again, we have an insider who is publicly calling out and seeking to end a portion of the madness that the shadow government has created: funding and arming the same terrorist groups the governments claim to be fighting against.

Though Gabbard’s action on this was public, it was nonetheless a clear move against the shadow government. Of course, her action entirely vindicated that the U.S. created and has been funding ISIL.
This move also shows us that something big is still in play. The shadow government hasn’t yet been fully exposed, but there are forces out there in the process of attempting to do so.

Another event we must recall is back in November of 2015 when Vladimir Putin exposed to the world the fact that Russian Intelligence gathered information that 40 countries were/are funding ISIL.

Though it was later revealed that Turkey was one of those nations, what is most important to evaluate from this disclosure is that this situation is also still in play. Are we really to believe that Putin and Russia will indefinitely sit on their information of the other 39 countries that fund ISIL?

Could it be that Russia is simply waiting for right timing to reveal such information? If such information does come out, and we have every reason to believe it will, then it will be a revelation that will impact every aspect of our world. The fallout from it will be enormous.
Perhaps this is one of the biggest reasons the elite and their media outlets try to demonize Putin as an evil dictator. It appears as though Putin has “the goods” on the global elite… mand they know it. Time is almost up.

According to WikiLeaks’ big announcement in January, time indeed may almost be up. WikiLeaks announced that 2017 would be a very big year: “If you thought 2016 was a big WikiLeaks, year 2017 will blow you away. Help WikiLeaks prepare for the showdown.”
This announcement fell in line nicely with the belief that there is something still in play. That an end-game is in sight. After all, a showdown is nothing less than a culmination point. It is the end of something that has been in play.

In an interview with Katie Couric of Yahoo News in December of 2016, Couric asked Edward Snowden: “Are there still bombshells (revelations) in this cache of documents that have still not seen the light of day?”

Snowden responded: “I was very careful when I came forward to make sure I never revealed a single secret. This I believe quite strongly is the role of free press in our society. This is why the First Amendment is first. They’re charged with making these decisions about what we should know, when and how.

They should contest the government’s monopoly on controlling information, particularly the classified spaces. So I’m not going to say if there’s something else coming, or when, but I will say this: in 2013, before this started, the idea that the government was collecting records of every phone call in the United States was a conspiracy theory. It’s not anymore.”

Did Snowden just elegantly and indirectly say that more “conspiracy theories” will be revealed as conspiracy facts in the times ahead? Possibly.
While it remains to be seen how this possible end-game plays out in the weeks ahead, it is interesting to ask what, if anything, Snowden and WikiLeaks know about the global collateral accounts; a story which is regarded as the shadow government’s biggest financial cover-up and would certainly be important to the entire political, financial and social sphere of our world.

If an end-game existed, revealing information about these global collateral accounts would certainly become important at some point. Back in August of 2016, former CIA spy Robert Steele became one of the first major figures to publicly speak about these accounts.

Will there be more revelations coming? Is there some sort of positive alliance actually working to expose the lies of the shadow government? Will more theories be revealed as facts? Will Snowden himself reveal more information?

Ready For FEMA Camps? Project DIVA Enables The Elite To Take Out The Red List – Are You On FEMA’s ‘Kill’ List?