Ready For FEMA Camps? Project DIVA Enables The Elite To Take Out The Red List – Are You On FEMA’s ‘Kill’ List? 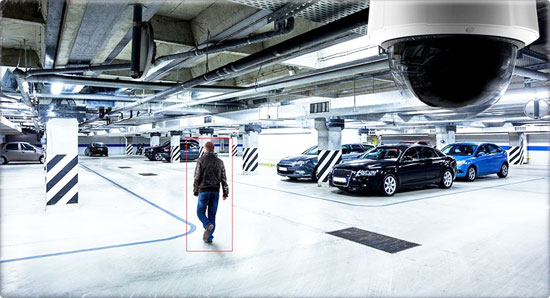 Putting together all of the pieces of this tyrannical puzzle, suddenly the endgame becomes painstakingly clear. The various moving parts are: the National Defense Authorization Act (NDAA), FEMA Camps, the Homeland Security’s bias that right-wing extremists are just as big a threat as ISIS, and finally the government wants computers to spot terrorists on live video.

Understanding what it all means paints a very nasty picture, one in which many people have warned of for years. The United States government, extension Intelligence Advanced Research Projects Activity (IARPA), will create DIVA or Deep Intermodal Video Analytics. DIVA is a program that will analyze live video feeds from multiple sources at the same time. The analytics of the video will show the operators who the selected “terrorists” are. Then, “before they strike” the government can “take care of” the potential threat.

Project DIVA will allow the government to detain indefinitely any single individual considered a threat determined by an artificial intelligence. Algorithms are changing the world, and now they will strip Americans of their freedoms, and the rest of their lives.

According to an IARPA synopsis, “The DIVA program will produce a common framework and software prototype for activity detection, person/object detection and recognition across a multi-camera network. The impact will be the development of tools for forensic analysis, as well as real-time alerting for user-defined threat scenarios.”

Let’s go over all of the pieces and compile it

First, a huge step towards tyranny occurred when the NDAA was originally signed into law in 2012 and is still active today. Under the NDAA, any American suspected of terrorism, or just defying the government, can be detained for the rest of their lives without due process. This law allows the government to arrest absolutely anyone in the country, and they do not need a court sanctioned reason or warrant.

Then the infamous FEMA camps, even though the government still denies their existence, are still standing today and waiting to be populated. There are various theories as to who will populate them, but the most prominent theory is that individuals on the red list and the blue list will occupy them until the red list dissipates, the blue list gets deciphered, and the yellow list willingly joins.

The United States Government is quickly turning into that of a dictatorship. Homeland security continually references that Christians are the real problem, not ISIS, or Islam. Actions speak louder than words to prove who the real threat to freedom is. One month after the San Bernardino shooting, Jeh Johnson told advisors that right wing extremists pose just as much of a threat to the country as Islamic extremists. Their bias points to the next part.

Member Acevedo reminded the Council that the threat from right wing extremists domestically is just as real as the threat from Islamic extremism. Secretary Johnson agreed and noted that CVE, by definition, is not solely focused on one religion. Member Goldenberg seconded Member Acevedo’s remarks and noted the importance of online sites in right wing extremist communities, not only in America but worldwide.