Soursop (Annona muricata) may have a funny name, but it has amazing health benefits! This tropical fruit is also known as graviola or guanabana. The outside has a spiny, green texture and the tangy sweet flesh is used in beverages, candy, and ice cream in Central and South American cuisine. 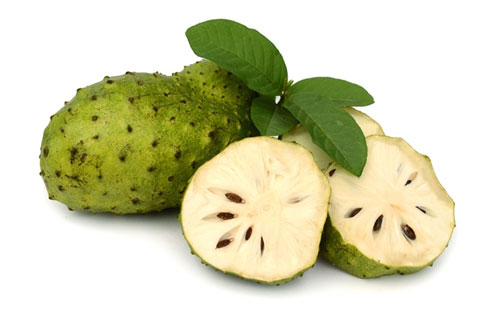 Until recently, most of the analyses on the antioxidant rich soursop have scrutinized the roots, leaves, and seeds. According to the reports of current research, the humble, fresh fruit of the soursop has risen to a new level of importance; it has anti-cancer benefits!

In a South Korean study, Graviola was shown to be up to 10,000 times more effective than chemotherapy at stopping the spread of cancerous cells. Another study, published in the Journal of Medicinal Chemistry, found that soursop can even be effective against tumors that are resistant to chemotherapy or other drug combinations.

It is also known as custard apple, guyabano, or paw paw and has tons of vitamin C. It is high in antioxidants, B vitamins, calcium, and phosphorous. Soursop is antimicrobial and anti-inflammatory, which is invaluable to the body’s healing processes. Additionally, it demonstrates anti-cancer properties. In a 2015 study published in Universa Medicina, the leaves, fruit, and seeds of this plant were shown to inhibit the proliferation of breast cancer cells.

A 2010 study found that extracts from the fruit demonstrate antiangiogenic properties. Antiogenisis is the process of developing new blood vessels, which cancerous tumors use to grow.
Scientists with the Tepic Institute of Technology (Instituto Tecnológico de Tepic – ITT) in Mexico discovered acetogenins, a compound in the fruit with amazing chemotherapeutic properties.

The researchers with ITT are studying soursop in an effort to find more anti-cancer foods that are readily available in Mexico due to the steadily rising cases of cancer among their population.
Team leader, Montalvo González, explained: “The research seeks to add value to the fruit so the least of it is wasted. We focus on acetogenins compounds because in Mexico, cancer is a disease that is increasing among the population and scientific research shows that the compounds found in this fruit can encapsulate tumors, but this depends on the how much is consumed.”

In other words, they are searching for foods that prevent cancer and taste good so more people will eat them. Unprocessed soursop pulp can be frozen up to a year without deterioration in the acetogenin content.

Ice cream produced from the pulp showed the same high concentrations of acetogenins, but ITT researchers need to determine at what point anti-cancer properties are compromised during the manufacturing process of mass food products and the addition of sugar.

They hope to stimulate the production of juice, ice cream, yogurt, and other foods that the local people will enjoy while they (perhaps unknowingly) prevent or fight the growth of cancer cells. 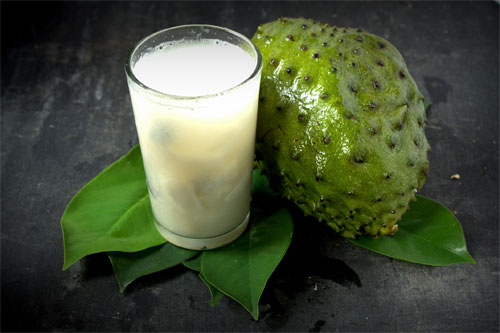 Using soursop to prevent cancer by including it in staple foods is both innovative and beneficial to the health of the people and the economy of Mexico.

This fruit is not new. In fact, a 1997 study published in the Journal of Medicinal Chemistry found that soursop was more than 200 times as effective as chemotherapy when tested on breast cancer cells!

Most of the recipes that include soursop are in the form of teas and soups. Here is a traditional Caribbean preparation of soursop.

Serves two, chilled with or without ice. The result is delicious, healthy, and refreshing.

Why Haven’t You Heard of Soursop to Prevent Cancer?

As always seems to be the case, cancer organizations briefly discuss natural remedies and then dismiss the evidence as “inconclusive,” or state that the study was “too small.”

When amazing discoveries are made about natural remedies, it is a bit strange that multiple universities and cancer research centers do not immediately launch larger studies.

Patients suffering with end-stage cancer would likely appreciate the opportunity to be included in a trial to fight their cancer naturally if their toxic chemical treatment has failed. Getting the information to the world about natural cancer therapy alternatives is important!

Clearly, pharmaceutical companies, food manufacturers and cancer organizations aren’t going to step up and tell you what scientists all over the world are finding in foods provided by nature.