Dream telepathy suggests that human beings have the ability to communicate telepathically with another person while they are dreaming. And this isn’t a new concept, as scientific interest in telepathy dates back to the fathers of the psychoanalytic movement. Freud, for example, looked at the implications of telepathy on psychoanalytic thought. He also considered dream telepathy, or the telepathic influence of thought on dreaming, on multiple occasions. Carl Jung believed in the telepathic hypothesis without question, and even developed a theoretical system to explain “paranormal” events of this nature. 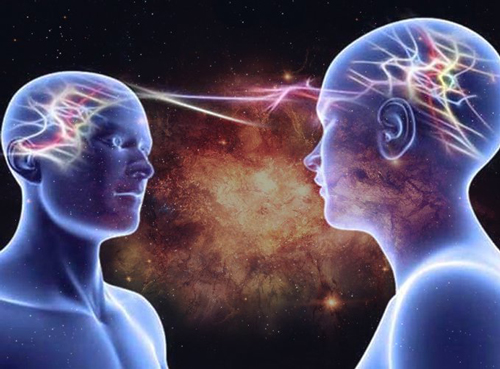 It seems that all great minds encourage the study of various types of non-physical phenomena.

Russel Targ, a physicist and author, a pioneer in the development of the laser and laser applications, and a cofounder of the Stanford Research Institute (SRI) investigation of psychic abilities in the 1970s and 1980s recently gave a lecture that was cancelled by TED. You can watch that lecture here.

According to Dr. Stanley Krippner, professor of psychology at Saybrook University in California:
„A wealth of anecdotal and clinical material exist which supports the possibility of telepathic effects occurring in dreams (Krippner, 1974). However, an experimental approach to the topic did not become possible until psycho physiological laboratory technology became available. It was discovered that sleeping research participants awakened from periods of rapid eye movement (REM) activity were frequently able to recall dream episodes. As a result, it was possible to request a ‘telepathic receiver’ to attempt dreaming about a target stimulus that was being focused on in a distant location from a ‘telepathic sender’.”

In the mid 1960s, Montague Ullman, MD, began a number of experiments at Maimonides Medical Center in Brooklyn, New York, to test the hypothesis that people could be primed to dream about randomly selected material. In other words, they could choose what they wanted to dream about before going to sleep, and this could include anything, from artwork to movies to photographs and more. Shortly after these experiments began, Ullman was joined by Stanley Krippner (quoted above), a scientist with an impressive background in psychology, parapsychology, and dreams.

The experiments they conducted lasted a span of more than 10 years, and “yielded statistically significant results.”

During the experiments, there was usually a “telepathic sender” and a “telepathic receiver.” They met in the laboratory for a short period of time before being placed in completely separate rooms just prior to sleep. The telepathic sender had an envelope waiting for them in the room in which they’d sleep. It would contain something like a picture or a drawing. The receivers were then purposely awakened shortly after Rapid Eye Movement sleep (REM) began so the researchers could take a dream report. 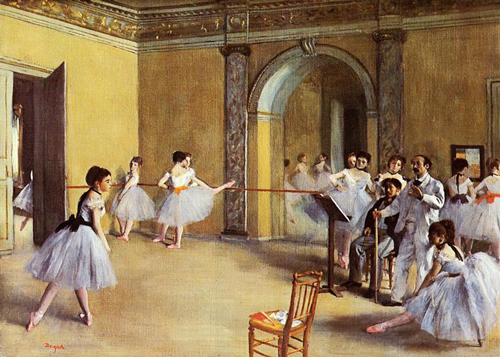 One very memorable and significant session of dream telepathy experimentation took place where the selected art print was “School of Dance” by Edgar Degas, which depicts several young women in a dance class. According to Krippner, the receivers’ dream reports included such phrases as “I was in a class made up of maybe half a dozen people, it felt like a school,” and “There was one little girl that was trying to dance with me.”

These results are fascinating, and the idea that one can influence another’s dreams opens up a lot of doors. Although we might not understand the process behind the transfer of information, and we can’t see this transfer take place from mind to mind, we have proof of it occurring. This is quite common when we examine scientific studies that have evaluated parapsychological phenomena — we know what is happening, but not how.

Another significant session conducted by Krippner and Ullman took place on March 15th, 1970. In this session, a large group of people at a Holy Modal Rounders rock concert was selected to send something telepathically. A local media artist by the name of Jean Millay was in charge of readying the telepathic senders for “target preparation.” She did this with help from the Lidd Light Company, a group of artists responsible for the light show at the concert. Millay gave the audience a brief verbal set of directions before the image was flashed on the large screen that the telepathic senders were looking at. Six slide projectors were used to project a colour film about eagles and their nesting habits, as well as information about various birds from around the world (including birds from mythology, like the phoenix). This all happened at the same time Holy Modal Rounders were playing their song “If you want to be a bird.”

There were five volunteer telepathic receivers for this experiment, and they were all located within a 100-mile radius from the telepathic senders. All of the receivers were aware of the concert location and were told to record their images at midnight, because that was when the material would be sent to them.

According to Krippner:
“One ‘telepathic receiver,’ Helen Andrews, had the impression of ‘something mythological, like a griffin or a phoenix.’ The second, third, and fourth research participants reported images of ‘a snake’, ‘grapes’, and ‘an embryo in flames’.
The fifth participant was Richie Havens, the celebrated American singer and recording artist, who reported closing his eyes at midnight and visualizing ‘a number of sea gulls flying over water’. Both Mr. Havens’ and Ms. Andrews’ reports represented direct correspondences with the target material.”

More remarkable results were seen when the rock group Grateful Dead also volunteered to participate in a dream telepathy session over a span of six nights. You can read more about that (and other results) here. These results were actually published by the American Psychological Association.

These are usually the instructions given to subjects who participate in these experiments:

1. You are about to participate in an ESP experiment.
2. In a few seconds you will see a picture.
3. Try using your ESP to “send” this picture to the receiver.
4. The receiver will try to dream about this picture. Try to “send” it to them.
5. Then, receivers will be made aware of the sender’s location.

Below is a great interview with Dr. Krippner and Jeffrey Mishlove, PhD, is author of The Roots of Consciousness, Psi Development Systems, and The PK Man. Between 1986 and 2002 he hosted and co-produced the original Thinking Allowed public television series.

Here he describes a series of experiments that ran for ten years during his tenure as director of the Maimonides Medical Center Dream Research Laboratory in Brooklyn, New York.

Quantum physics has shed light on the vast interconnectedness of everything in the universe. One possible explanation is quantum entanglement. For example, consider two electrons that are created together. If you send one to the other side of the universe, the other will respond instantly, regardless of their distance from each other. This is one way of interpreting how everything is really connected in some way. Einstein called it “spooky actions at a distance.”

The truth of the matter is that we have no way to explain how this works. The researchers involved were only able to observe and record what was taking place, which, again, is very common for parapsychological phenomenon.

At the same time, these experiments involve dreams, a completely different and altered state of “reality” that we really don’t know much about. It’s a world separate (or at least we think is separate) from the world in which we are “awake.” (Although, of course, the world we perceive when we are awake could very well be just a dream. But that is a subject for another article.)

Parapsychological Phenomena Have Been Proven and Documented All Over the World

Parapsychological (PSI) phenomena have been studied, documented, observed, and proven (over and over again) by a number of renowned scientists in laboratories all over the world. The Department of Defense has had a huge interest in this subject (and has studied it) for a number of years, yet the scientific study of it is concealed from the public and left out of universities and mainstream science, which is not fair, and not right. It isn’t as though this information is inaccessible to us; some of this documentation and these publications are available in the public domain. CE has covered these in depth, and the link below will take you to a detailed and well-sourced article on the subject.