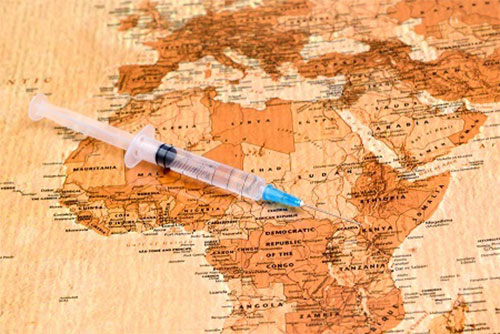 Anti-vaccinations activists have been asking the Centers for Disease Control to do a vaccinated versus unvaccinated study in the U.S. for many years. That study would answer the question: whether vaccines are safe or not. If unvaccinated children are as sick as vaccinated children it would rule out vaccines as causing the epidemic of illnesses our children are suffering including asthma, cancer, autoimmune diseases and autism. But the CDC refuses to do a study like this.

Why would the CDC refuse to do a vaccinated versus unvaccinated study? After seeing what happened to the poor children in Africa, the CDC, which owns vaccine patents and receives hundreds of millions of dollars in vaccine sales, can’t risk a negative outcome study.

President Trump campaigned on draining the swamp. The stench from the CDC is right there for all to smell. The CDC epitomizes the swamp that President Trump spoke about.

Where is the outrage amongst the Powers-That-Be about this study? Where are the calls to investigate this matter further? Why do American children, who are the most vaccinated on the face of the Earth, suffer more death, chronic illnesses, and autoimmune disorders when compared to any other Western children?

This is exactly why President Trump should appoint Robert F. Kennedy, Jr. to chair the Vaccine Safety Commission. The debates for this to happen are still going on, almost one year after Trump took his office, without any clear result. Anti-vaccination activists in America are making online campaigns to encourage each and every US citizen to send a message to President Trump, urging him to move forward on this issue.

Economist: The New World Order Begins with Single Currency in 2018. NWO prediction for one World Bank next year