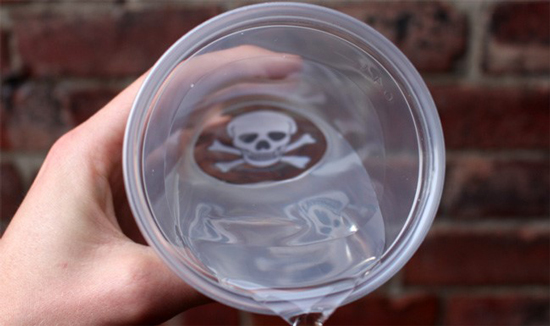 Another study has found that prenatal exposure to fluoride may contribute to lower IQ in children, the latest in a number of studies indicating health and cognitive issues as a result of fluoride exposure.

On September 19, 2017, the journal Environmental Health Perspectives published the study Prenatal Fluoride Exposure and Cognitive Outcomes in Children at 4 and 6–12 Years of Age in Mexico, examining the results of prenatal exposure to fluoride and the potential health concerns.

The researchers called the study “one of the first and largest longitudinal epidemiological studies to exist that either address the association of early life exposure to fluoride to childhood intelligence or study the association of fluoride and cognition using individual biomarker of fluoride exposure.” The study was funded in part by the U.S. National Institutes of Health.

The research team studied participants from Mexico’s Early Life Exposures in Mexico to Environmental Toxicants (ELEMENT) project by measuring the amount of fluoride present in the mothers’ urine during pregnancy and again when their children were 6 to 12 years old.

The researchers found that higher prenatal fluoride exposure was associated with lower scores on tests for cognitive function at age four and between ages six and twelve. The researchers acknowledge that their results are “somewhat consistent” with past ecological studies which indicate children living in areas of high fluoride exposure have lower IQ scores than those in low-exposure areas.

“Our findings, combined with evidence from existing animal and human studies, reinforce the need for additional research on potential adverse effects of fluoride, particularly in pregnant women and children, and to ensure that the benefits of population-level fluoride supplementation outweigh any potential risks,” the researchers write.

The Fluoride Action Network, an advocacy group focused on promoting an end to fluoridation, noted that the researchers made efforts to control for a range of variables that could skew the results, including socioeconomic status, smoking, alcohol use, and health problems during pregnancy.

However, despite the new study and its provocative conclusions, the American Dental Association continues to ignore a growing body of evidence indicating the health dangers of fluoride. After looking at the study, the ADA “concludes the findings are not applicable to the U.S. The ADA continues to endorse fluoridation of public water as the most effective public health measure to prevent tooth decay.” Consumers should note that exposure to fluoride via dental cleaning is vastly different from exposure via water fluoridation. 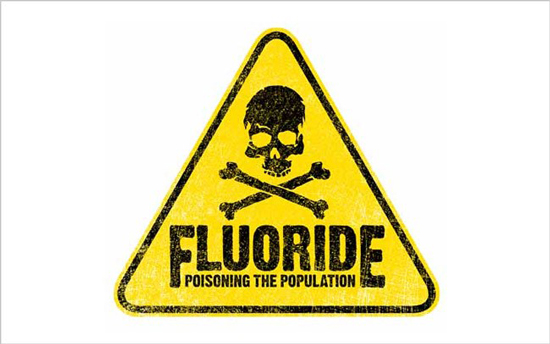 The substances added to municipal water supplies known by the name fluoride are actually a combination of unpurified byproducts of phosphate mining, namely hydrofluorosilicic acid, sodium fluorosilicate, and sodium fluoride. In the United States thousands of tons of fluorosilicic acid is recovered from phosphoric acid plants and then used for water fluoridation. During this process the fluoride ion is created.

This process of taking waste from the phosphate industry and putting it into drinking water has long been criticized for its effects on human health and the environment. It is well known that water fluoridation has led to dental fluorosis for millions of children. This discoloring of the teeth was called “cosmetically objectionable” by the Centers for Disease Control.

Beyond the cosmetic effect there have been several studies indicating overwhelming health issues related to fluoride, especially for children. Another study found a connection between exposure to water fluoridated at relatively low concentrations and a reduced IQ among children.

Another study, published in the journal General Dentistry, warns that infants are at risk of dental fluorosis due to overexposure from fluoride in commercially available infant foods. The researchers analyzed 360 different samples of 20 different foods ranging from fruits and vegetables, chicken, turkey, beef, and vegetarian dinners.

Chicken products had the highest concentrations of fluoride, followed by turkey. The New York State Coalition Opposed to Fluoridation (NYSCOF) reports that the fluoride levels were due to pesticides, fertilizers, soil, groundwater, and/or fluoridated water. The high levels found in the chicken and turkey can be attributed to “fluoride-saturated bone dust” involved in the process of mechanically separating the meat.

Another study published in Environmental Health found a potential connection between fluoride exposure and the prevalence of adult attention-deficit/hyperactivity disorder (ADHD) in children.
The researchers studied data on ADHD among children age four to seventeen collected in 2003, 2007 and 2011 as part of the National Survey of Children’s Health, as well as state water fluoridation data from the Centers for Disease Control and Prevention (CDC) collected between 1992 and 2008.

Previous studies have shown rats exposed to fluoride chemicals also exhibit ADHD-like symptoms. In addition to these studies related to fluoride and children, dozens of other studies have indicated a variety of health problems. A study published in the Journal of Analytical Chemistry indicates that fluoride ions found in fluoridated water and toothpaste may lead to an increase in Urinary Stone Disease (USD).

The study was conducted by chemists from Russia and Australia, led by Pavel Nesterenko at the University of Tasmania. The team studied 20 urinary stones from patients at a Russian hospital and discovered fluoride ions in 80% of the stones. This could be due to high levels of fluoride in patients’ urine, possibly from drinking water containing fluorides and ingesting fluoride toothpaste.

A study published in the BMJ’s Journal of Epidemiology and Community Health confirmed fluoride’s negative effect on the thyroid gland and a possible connection to depression, weight gain, and other negative health effects. Researchers with the University of Kent in England examined thyroid activity for those in areas with fluoridated water and those without.

The team examined 95 percent of the English population in 2012 and 2013 and found that high rates of underactive thyroid were 30% more likely in areas with high fluoride concentration. An underactive thyroid can lead to depression, weight gain, fatigue and aching muscles.

On top of that, a 2016 study from Ohio’s Case Western Reserve University School of Medicine also found a connection between water fluoridation and type 2 diabetes.

The reasons for opposing water fluoridation include: fear of a variety of health concerns; the belief that it is force to medicate the population without their approval; financial waste; and environmental concerns related to phosphate mines where the chemical is found.

Whatever reason you choose for standing against fluoride, it is abundantly clear that fluoride is an outdated, dangerous process that should cease immediately.

“When you have power you don’t have to tell the truth. That’s a rule that’s been working in this world for generations. And there are a great many people who don’t tell the truth when they are in power in administrative positions.” – Dr. Dean Burk, former head of National Cancer Institute Research.