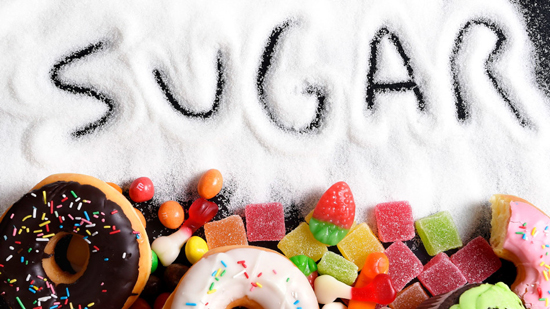 While people in the US still have a long way to go, the 2015-2020 Dietary Guidelines for Americans include the recommendation to limit sugar to 10 percent of total daily calories. For a 2,000 calorie diet this amounts to 10 to 12 teaspoons, or just over the amount found in one 12-ounce can of regular Coke. Based on the evidence from some studies, even this amount can trigger health problems, but it’s certainly better than no limit at all.

Other health organizations have gone even further. The National Institutes of Health now recommends kids between the ages of 4 and 8 limit their added sugar to a maximum of 3 teaspoons a day (12 grams). Children aged 9 and older should stay below 8 teaspoons.

Twenty-five grams of sugar per day is another recommended limit for men and women alike, with the added caveat that if you have insulin or leptin resistance (overweight, diabetic, high blood pressure or taking a statin drug), you’d be wise to restrict your total fructose consumption to as little as 15 grams per day until you’ve normalized your insulin and leptin levels.

Not surprisingly, the sugar industry’s answer to all of these sugar limits was to create yet another study to refute the validity of the recommendations and keep the uncertainty going. As reported by CBS, “The study from McMaster University claims that the evidence for prior knowledge in how sugar intake is proportionate with weight gain, across nine public health guidelines, is ‘low quality’.”

The review was funded by the North American branch of the International Life Sciences Institute (ILSI), a trade group representing the Coca-Cola Co., Dr Pepper Snapple Group, the Hershey Company, Mars, Nestlé, PepsiCo and many others. In conclusion, these industry-funded science reviewers found that:
“Guidelines on dietary sugar do not meet criteria for trustworthy recommendations and are based on low-quality evidence. Public health officials (when promulgating these recommendations) and their public audience (when considering dietary behavior) should be aware of these limitations …
At present, there seems to be no reliable evidence indicating that any of the recommended daily caloric thresholds for sugar intake are strongly associated with negative health effects. The results from this review should be used to promote improvement in the development of trustworthy guidelines on sugar intake.”

Ironically, the only “limitation” listed for this study was that “The authors conducted the study independent of the funding source, which is primarily supported by the food and agriculture industry.” Essentially, what they were saying is that “Yes, the study was funded by the food industry, but trust us, we were completely impartial”.

A corrected version of the disclosure statement revealed ILSI actually both reviewed and approved the scope of the protocol for the study. AP News also discovered that one of the authors, Joanne Slavin, a professor at University of Minnesota, failed to disclose funding in the amount of $25,000 from Coca-Cola in 2014.
Slavin also did not disclose a grant received from Quaker Oats, owned by PepsiCo, nor did she include her work on a 2012 ILSI-funded paper on sugar guidelines. Meanwhile, she did disclose a grant from the Mushroom Council.

If you’re at all inclined to take Slavin and her coauthors on their word, consider the following study published in November 2016: The paper, Do Sugar-Sweetened Beverages Cause Obesity and Diabetes? Industry and the Manufacture of Scientific Controversy reviewed 60 studies published between 2001 and 2016 to examine the links between funding and study outcomes.
“We comprehensively surveyed the literature to determine whether experimental studies that found no association between sugar-sweetened beverages and obesity- and diabetes-related outcomes (negative studies) are more likely than positive studies to have received financial support from this industry,” they write. 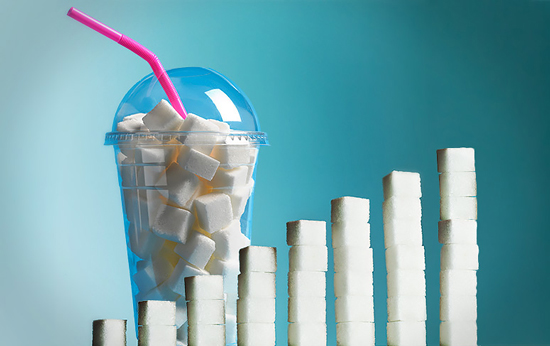 The results? Of the 60 studies, the 26 that found no link between sugary drinks and obesity or diabetes were all funded by the beverage industry; of the 34 that did find a relationship, only one had received industry funding. In conclusion, they noted that: “This industry seems to be manipulating contemporary scientific processes to create controversy and advance their business interests at the expense of the public’s health.”

Some of the studies giving sugar a free pass have industry fingerprints clearly visible all over them. For example, one paper came to the highly unlikely conclusion that eating candy may help prevent weight gain. The source of the funding reveals the basis for such a bizarre conclusion: The National Confectioners Association, which represents candy makers like Butterfingers, Hershey and Skittles.
Coca-Cola and Pepsi-backed research has also come to the highly improbable and irresponsible conclusion that drinking diet soda is more helpful for weight loss than pure water.

When you consider that following the proposed sugar guidelines (restricting sugar to 5 or 10 percent of daily calories) would cut junk food companies’ profits by half, it’s easy to see why they’re willing to go to such obnoxious lengths to try to mislead you about the science. Greed is no excuse, however, and it’s high time everyone stopped buying into the sugar industry’s carefully plotted misdirection campaigns.

Sugar causes very real damage to your body and cells, and the addiction to the substance is also very real. There are several strategies you can use to reduce or eliminate your intake of added sugars, while still enjoying your meals and feeling satisfied after eating.

1. Educate yourself on the health impacts of sugar

Making permanent changes to your lifestyle and nutritional choices is easier when you know the why behind the change. You can see a quick list of the 76 different ways sugar negatively impacts your health in an online article titled The Truth About Sugar Addiction.

If a food is boxed, canned or bottled, it’s likely also been processed and may include added sugar. Whole, organic, non-GMO foods provide your body with the nutrition you need to function optimally and natural sugars bound to fiber that reduces your net carbs.

On processed foods you do purchase, scour the label for ingredients that represent sugar to evaluate the total amount. The less sugar you eat, the less you’ll crave.

Not all sugar substitutes are created equally. Avoid using artificial sweeteners such as aspartame. Safer alternatives include Stevia, Lo Han Guo (also spelled Luo Han Kuo), and pure glucose (dextrose). Contrary to fructose, glucose can be used directly by every cell in your body and as such is a far safer sugar alternative. It will, however, raise your net carb intake.

6. Reduce the sugar you add gradually

If quitting sugar hasn’t worked for you in the past, try slowly reducing the amount you add to your drinks. This helps give your taste buds time to adjust to drinking your favorite tea or coffee without the added sweetener.

Emotional and stress eating is not uncommon. Using Emotional Freedom Techniques (EFT), you can address your stress levels and the discomfort you may feel from giving up junk foods in your diet. Turbo tapping is a form of EFT designed specifically for sugar addiction and is well worth a try if you’re struggling to give up soda and other sweets.