We may never find them – but they might already be watching us. Aliens may be keeping us in a “galactic quarantine” and are watching us like zoo-keepers, top space experts have claimed. 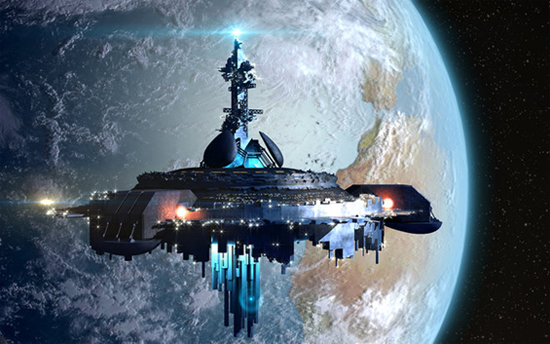 Genius astronomers from around the world have descended on Paris in March (2019) for a bi-annual gathering to discuss the ongoing search for alien life – and some think aliens simply don’t want to be found.

Some professional stargazers attending the event admitted that they think aliens see meeting up with humanity is simply too risky.

“Past experience shows that any meeting of two civilisations is dangerous for both,” said Danielle Briot, an astrophysicist at the Observatoire de Paris.

“Knowing that, civilised extraterrestrials will not try to communicate with us.”

Of course, that suggests that aliens do actually exist – and spotted us from far across space.

Scientists – and sci-fi writers – have been suggesting for decades that ultra-intelligent aliens are watching over us from above.

“Perhaps extraterrestrials are watching humans on Earth, much like we watch animals in a zoo,” said Douglas Vakoch, the president of METI, a non-profit that aims to message extraterrestrials.

How can we get the galactic zookeepers to reveal themselves?

Douglas thinks it’s possible for us to signal our intelligence to an alien species.

This could provoke them into making contact with us, which would be far easier than travelling across space in search of alien life ourselves.

“If we went to a zoo and suddenly a zebra turned toward us, looked us in the eye, and started pounding out a series of prime numbers with its hoof, that would establish a radically different relationship between us and the zebra,” the space boff explained.

“And we would feel compelled to respond. We can do the same with extraterrestrials by transmitting powerful, intentional, information-rich radio signals to nearby stars.”

Of course, this isn’t a new idea: scientists have been sending off signals into space for decades.

And yet we’ve had no response from a universe so vast that it seems impossible for alien life not to exist.

This is known as the Fermi Paradox: the universe is huge enough for life to likely exist but – bizarrely – no such life has been found.

One expert believes the “likely” explanation is that alien life is hiding itself from us.

“It seems likely that extraterrestrials are imposing a ‘galactic quarantine’ because they realise it would be culturally disruptive for us to learn about them,” said Jean-Pierre Rospars, the honorary research director at the Institute National de la Recherche Agronomique, who also co-chaired the METI Paris workshop.

“Cognitive evolution on Earth shows random features while also following predictable paths. By considering the regular and random components together, we can expect the repeated, independent emergence of intelligent species in the universe.

And we should expect to see more or less similar forms of intelligence everywhere, under favourable conditions. There’s no reason to think that humans have reached the highest cognitive level possible. Higher levels might evolve on Earth in the future and already be reached elsewhere.”

It’s also possible that alien life may look very different from humankind – which may hamper our discovery process. That’s because species can evolve in so many different ways even on Earth, never mind on a strange and distant planet.

“The environment on an exoplanet will impose its own rules,” said Jean-Sébastian Steyer, a palaeontologist from the Muséum National d’Histoire Naturelle.

“There is no trend in biological evolution. The huge range of various morphologies observed on Earth renders any exobiological speculation improbable, at least for macroscopic ‘complex’ life.”