A constellation of historical and contemporary cases of systematic cover-ups illustrates the prevalence of pedophilia and the concerted efforts by very powerful and clandestine groups who wish to evade prosecution. 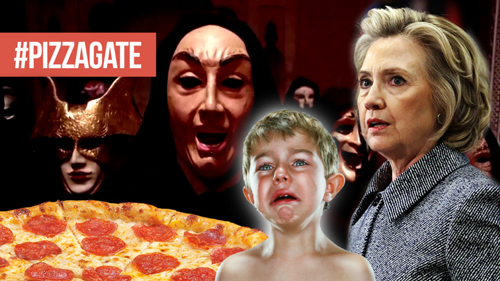 This is a problem not limited to “lone-wolf” pedophiles operating individually and sporadically; rather, there is a much larger industry of organized crime that serves the global pedophile network with efficiency, scale, and pervasiveness. According to my research, the “lone wolf” pedophiles represent far less than one percent of the total perpetrators.

In this presentation, we will again make the case that the vast majority of pedophiles do not operate in isolation. Rather, they operate in interconnected networks that facilitate access to children, traffic victims across borders, and help to cover for each other’s crimes when they are in jeopardy of exposure or prosecution.

In the first two parts of our investigation – accessible here and here – we meticulously exposed how many of the instrumental players in politics, law enforcement, the entertainment industry, public schools, the mainstream media, adoption agencies, international aid organizations, and organized religion are complicit in perpetuating child trafficking, Satanic Ritual Abuse, human sacrifice, and even cannibalism.

This subject matter is, of course, a thorny subject that requires a grounded and erudite delivery to do the information justice. White forensic gloves and academic research are required to parse this out in such a way that the audience can easily and calmly understand the methods, motives, and perpetrators of this horrendous black market.

Human trafficking constitutes one of the four majorly trafficked commodities in the black market. The other three major sectors are guns, drugs, and bodily organs. The human trafficking industry relies heavily on third world kidnapping as well as underground breeding to supply its demand for new victims.

Beginning in January of 2013 and continuing through to the present, the United States’ FBI has begun publishing annual reports on human trafficking as part of the Uniform Crime Reporting Program. This initiative was authorized by the William Wilberforce Trafficking Victims Protection Reauthorization Act of 2008. The act requires the FBI to collect human trafficking offense data and to make distinctions between prostitution, assisting or promoting prostitution, and purchasing prostitution.

This official report merely scratches the surface of the organized pedophile networks that we have demonstrated exist on a vast scale. However, it still clearly demonstrates a pervasive problem using only the official statistics of reported crimes, focusing on pedophilia by state, race, ethnicity, and age of the offenders. Unfortunately, the reports are very incomplete because not every state has submitted data.

According to the 2017 State Department Trafficking in Persons report: “While only 19% of victims are trafficked for sex, sexual exploitation earns 66% of the global profits of human trafficking. The average annual profits generated by each woman in forced sexual servitude ($100,000) is estimated to be six times more than the average profits generated by each trafficking victim worldwide ($21,800), according to the Organization for Security and Co-operation in Europe (OSCE).”

Unfortunately, groups that are pushing for laxer laws or lighter sentences on pedophilia convictions do not understand that the recidivism rates are extremely high. According to a letter published by Harvard Medical School in July of 2010 entitled Pessimism about Pedophilia,
“Estimates of recidivism vary because studies define this term in different ways. One review found recidivism rates of 10% to 50% among pedophiles previously convicted of sexual abuse, although this could include anything from an arrest for any offense to reconviction on a crime against a child. One long-term study of previously convicted pedophiles (with an average follow-up of 25 years) found that one-fourth of heterosexual pedophiles and one-half of homosexual or bisexual pedophiles went on to commit another sexual offense against children.” 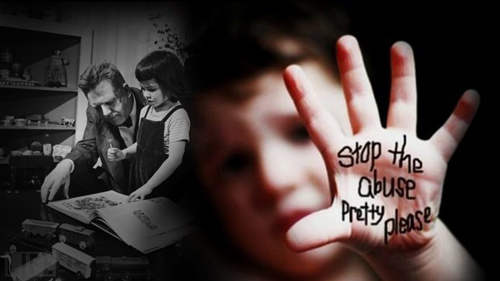 In previous presentations, we have used circumstantial evidence to build a compelling case that pedophilia is occurring globally in an industrial fashion by large, wealthy, and covert, networks that operate efficiently to cover their tracks and peddle propaganda to normalize their crimes.

In this article we will continue our investigation by examining new data on various topics ranging from the entertainment industry, to organized religion, law enforcement, the mass arrests we are currently witnessing, and the normalization trend that is gaining momentum.

The material I am sharing in this presentation as well as the two previous presentations I have shared on this subject are being compiled into a book. In the interest safety, I have been sharing the book publicly online every time I finish a few chapters. I have done this intentionally to decentralize my research and distribute it free of charge. I encourage my listeners to copy and share my research so that the genie cannot reenter the bottle.

As an insurance policy, it is important that I state publicly that I am of sane and sound mind and have no intentions of harming myself or anyone else. I am not suicidal nor have I ever been suicidal. My mission is to spread the truth about this dangerous topic.

In Aldous Huxley’s dystopian novel Brave New World, children were encouraged to begin exploring sexuality at a young age with the intention of cheapening sex and love to ensure that citizens pledge allegiance to the state instead of to their families. Moreover, the architects of the new world sought to curtail the world population to two billion people by creating children in “hatcheries and conditioning centers” instead of through natural reproduction. In the novel, all aspects of life were controlled by the state.

Upon reflection in an essay entitled Brave New World Revisited, Huxley later wrote: “The society described in Brave New World is a world-state, in which war has been eliminated and where the first aim of the rulers is at all costs to keep their subjects from making trouble… This they achieve by (among other methods) legalizing a degree of sexual freedom (made possible by the abolition of the family) that practically guarantees the Brave New Worlders against any form of destructive (or creative) emotional tension.”

As with our first two presentations on the matter, we will begin with an evaluation of the pernicious movement to normalize pedophilia and make it more acceptable in the mainstream. This social engineering is occurring through the implementation of several reprobate tactics.

The Process of Normalizing Pedophilia

2. Draw a distinction between pedophilia, hebephilia, and ephebophilia (DSM5)

3. Insist that hebephilia is normal for adult males

4. Draw a distinction between offenders and non-offenders (Virtuous Pedophiles)

5. Perpetually sexualize children in the media

6. Indoctrinate children into the trans and drag communities

7. Introduce new language to refer to pedophiles, such as Minor Attracted Persons (MAPs)

8. Associate Minor Attracted Persons with other sexual orientations in the LGBTQ acronym

9. Pass legislation protecting pedophiles from hate speech as a minority group and from discrimination in the workplace

11. Give pedophiles a large public platform

There is a fantastic video, which is available below, that articulates this pedophilia agenda and the perfidious ways it is currently being orchestrated.

In this presentation, we will examine several examples that clearly demonstrate these objectives.

As we discussed in Parts One and Two of this series, the very few laws currently in place protecting minors from abuse are being loosened and repealed as time goes by.

In the summer of 2016, the Turkish newspaper Hurriyet reported that the national age of consent was lowered to 12. According to the paper, “The Constitutional Court has ruled to annul a provision that punishes all sexual acts against children under the age of 15 as ‘sexual abuse,’ stirring outrage from academics and women’s rights activists who warn that the decision will lead to cases of child abuse going unpunished.

The Constitutional Court discussed the issue upon an application from a district court, which complained that the current law does not discriminate between age groups in cases of child sexual abuse and treats a 14-year-old as equal to a four-year-old.

The local court said the law does not provide legal consequences for the ‘consent’ of victims in cases where the child victim is from 12 to 15 years of age and able to understand the meaning of the sexual act. ‘This creates an imbalance between legal benefits and sanctions that should be preserved in crime and punishment,’ the application stated.

With seven votes against six, the Constitutional Court agreed with the local court and decided to annul the provision. The decision will come into effect on Jan. 13, 2017.”

As Breitbart News summarized, “Kronen Zeitung reported that the district court claimed a 15-year old’s consent was scarcely different to that of a 12 to 14-year-old’s. They argued that the mental capacity of a 12-year-old was not hugely different from a 15-year-old.”

It is worth noting that Turkey has a high rate of unauthorized child marriages, with 15 per cent of girls married under the age of 18.

On January 2, 2018, Paul Joseph Watson of Infowars reported on a new Islamic fatwa on marriage in Turkey that announced nine year old girls can legally get married and become pregnant.

According to the Infowars article, “The Diyanet, otherwise known as the Directorate of Religious Affairs, is an official state institution whose role is ‘to execute the works concerning the beliefs, worship, and ethics of Islam, enlighten the public about their religion, and administer the sacred worshiping places.’

The Diyanet said that those who entered the age of adulthood could also marry.

The Diyanet stated that the lower limit of age for girls was 9 for girls and 12 for boys. Diyanet said that girls could become pregnant at the age of 9, and that men could become fathers when they entered the age of 12, states the fatwa.”

Watson also astutely pointed out, “In proclaiming 9-years-old to be the age at which girls can become pregnant, the Diyanet is following the example set by the Prophet Muhammad, who consummated his marriage with Aisha when she was also aged 9.”