Telepathy and Channeling – Do You Know The Difference? (1) 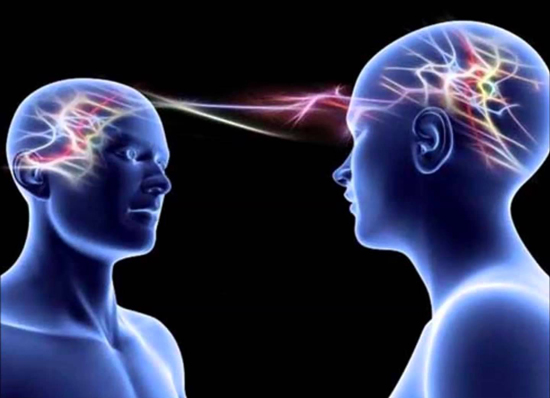 “Now he has departed from this strange world a little ahead of me. That means nothing. People like us, who believe in physics, know that the distinction between past, present and future is only a stubbornly persistent illusion.” – Albert Einstein

Communication is often seen as a deliberate process where even avoiding or refusing to communicate conveys a message. Consciously or subconsciously, we are constantly sending and receiving some form of verbal and non-verbal signals. The intimidating part of this process is its irreversibility – you cannot take back something once it has been communicated.

When we consider our daily verbal and written exchanges, we are not just exchanging words but rather symbols that stand for ideas; however, no two individuals assign the same meaning to the same word or a symbol.
As was said in the movie The Matrix Revolutions, “Love is not a human emotion. It is a word. What matters is the connection that word implies.”

As a non-native English speaker, I do not have an emotional connection to words in the English language the same way a native English speaker does. Communication with the Inner Earth (IE) or Extraterrestrial (ET) beings is inevitable once we enter each other’s awareness. It is not difficult to extrapolate that communicating with IE or ET beings may present similar challenges to those we experience in our daily lives.

This means that we cannot re-capture or recover the exact same situation, frame of mind, or relationship dynamics that defined our communication at a specific moment in time. Whether we communicate with IE or ET beings as individual citizens or via local or global representatives, the potential for miscommunication by using our current mode of communication is just as inevitable as the communication itself.

Once our society became aware of the ET presence, examining telepathy and channeling as a new way of communication was likely the result of ETs’ preference for communication. From the Nazi SS, Vril and Thule Societies, to the U.S. government and the Soviet Union, these psychic phenomena have been viewed as potential methods to gain power over the competition. Thus, it is not surprising that, in the interest of national security, they would be practiced, studied, and advanced in secret.

Despite mainstream science’s inability to prove, with any reliable measure of success, the existence of psychic phenomena such as telepathy and channeling, these phenomena have continued to be self-utilized and self-acknowledged by individuals across the globe.

Until the scientific community realizes its limitations in the experimental approach to studying these phenomena, telepathy and channeling will stay in the realm of pseudoscience. In addition, until the secret and unacknowledged government groups release their data and confirm the use and funding of these phenomena, mainstream public will be divided on their existence. 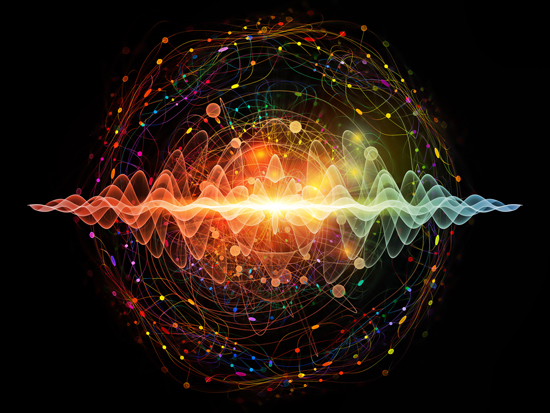 I find it beneficial to explain telepathy and channeling by first establishing whether they are possible from the scientific perspective. What I am about to convey is my personal view.

All matter, including the human body, is composed of vibrating energy in the form of moving atoms. Our physical and non-physical worlds are nothing more than a collection of quarks and photons constantly exchanging energy with subatomic matter in the zero-point energy field (ZPEF) where particles cannot be separated from the surrounding empty space.
When you take into consideration that all matter in the Universe is connected through the ZPEF, it becomes easier to grasp the concept of Oneness – the state of interconnected beings.

The scientific framework which studies the behavior of subatomic particles belongs to the branch of theoretical physics known as the Quantum Field Theory. This theory describes the individual behavior of particles (quantum mechanics) as well as their interaction in space and time (quantum electrodynamics).
While formulating his theory of special relativity that would conform to the principle of locality (an object is only directly influenced by its immediate surroundings), Einstein found that space and time were interwoven into a single continuum known as space-time. Events that occur at the same time for one observer could occur at different times for another. The totality of all events is absolute in space-time, but space and time are not. Everything is observer dependent.

At the same time, Einstein realized the ability of particles to instantaneously know about each other’s states, even when separated by large distances. While he called this “spooky actions at a distance”, modern day physicists refer to this as non-locality.
Bell demonstrated that the results predicted by quantum mechanics could not be explained by any theory, which preserved locality – including Einstein’s special relativity. By 1972 Clauser and Freedman experimentally showed that the effects of non-locality are real. Non-locality occurs because of entanglement where interacting particles become permanently dependent on each other’s properties and start acting as a single entity.

In 2013, Arkani-Hamed and Trnka created a geometric structure called amplituhedron, which to date is the most efficient mathematical tool used to describe particle behavior. This structure does not exist in space-time. Although particle collisions described by the amplituhedron still occur in space-time, the structure itself is outside of space-time. This nulls the idea that space-time locality and unitarity (the sum of probabilities of all possible outcomes of any event always equals one) are the necessary components of particle interactions.

In simple terms, what is already known by non-locality and entanglement as well as the limitations of the special relativity theory as it pertains to space-time, is confirmed by the amplituhedron calculations. As previously suspected by theoretical physicists, space and time may not exist. If they do not exist and non-locality and entanglement are our reality, then the interaction between the physical and non-physical is a certainty.

Since energy cannot be created or destroyed, but rather transforms from one form to another, life as we know it continues its existence after physical death in a non-physical form. Understanding the magnitude of the physics behind these observations makes communication between the non-physical and physical a foregone conclusion.

Understanding Your Senses and Perception

A sense is a physiological capacity of organisms to recognize a physical stimulus, which is often referred to as sensory information. Beside the five traditional senses of vision, hearing, taste, smell, and touch, humans have additional senses for temperature, kinesthetic sense, pain, balance, vibration, and various internal physiological stimuli.

Perception is the ability of organisms to recognize and process sensory information in order to interact with the environment. Although we easily perceive our physical environment with our five senses, these senses fail us when it comes to perceiving interactions with our environment on a quantum level.

Individuals missing one sense do not just learn to use other senses more efficiently. Alternatively, their brains undergo neural reorganization and rewiring to augment those other senses. For example, studies have shown that blind people compensate for their lack of sight with enhanced hearing or other abilities. Some even develop the ability to echolocate, a biosonar ability used by dolphins, whales, and bats.

Electromagnetic radiation refers to the waves or the quanta propagating (radiating) through space in the form of frequencies and their corresponding wavelengths, which form an EM energy spectrum. This spectrum includes known (radio waves, microwaves, infrared, visible light, ultraviolet light, and X- and gamma radiation) and uncharacterized frequencies and wavelengths of energy.

Unlike humans, many animals can sense minor changes in their electrical environment. Some animals (sharks and birds) and insects (bees and cockroaches) can sense electrical and magnetic fields. For example, birds can see electrical energy fields and migrate by sensing the Earth’s magnetic field. Currently, scientists like Kirschvink, a geophysicist at the California Institute of Technology are trying to discover if humans could have this ability. Electroreception is the biological ability to perceive natural electrical stimuli and is used in electrolocation and electrocommunication.

Buddhist philosophy Ayatana or “sense-base” includes the mind as one of the senses. The mind can sense a spectrum of phenomena that we are not able to perceive with our physical senses. Combining what we know from theoretical physics data involving ZPEF and quantum entanglement as well as meditation studies performed on Buddhist monks, we can arrive at the conclusion that our brains, like other sense organs, may have evolved to extract and interpret information consciously or simply become aware of the information from the ZPEF without conscious processing.

As our mind fields are willing co-habitants of the ZPEF, their communication with each other may be taking place in a reality not bound by space, time, or language as we know it. The mind-to-mind “spooky interaction at a distance” could explain the science behind the claims of telepathy and channeling, which according to mainstream science do not exist.