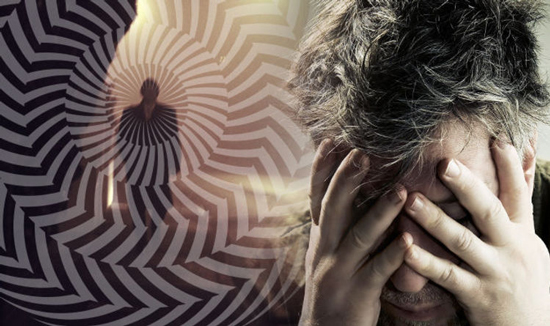 Exactly how long has the CIA been using psychic technology to interfere with geopolitics? Considering that most military industrial secrets are only revealed years, sometimes decades after they’ve been put into use, the unveiling of documents in a CIA database in 2017, suggested some intriguing additions to their arsenal of mind-weapons.

By looking through files known as the CIA Records Search Tool, or CREST we learned that in 1979 dozens of American diplomats taken hostage by revolutionary students who seized the U.S. Embassy in Iran might have had some covert company during their 15-month captivity.

Code named “Grill Flame”, half a dozen psychics worked with the CIA in a nondescript building in Fort Meade, Maryland to try to remote view hostages using their abilities in order to see where they might be held hostage, and to assess their health.

The secret Army and DIA project was conducted for three years to “investigate in detail certain paranormal phenomenon, such as remote viewing and psychokinesis that might have military applications.” The project was conducted with the assistance of the Stanford Research Institute International.

In fact, the CIA has been researching these areas of psychic phenomenon for over two decades minimally. Other programs under the same umbrella were code named Center Lane, Sunstreak and Star Gate.

Psychoenergetics: A mental process by which an individual perceives, communicates with or perturbs characteristics of a designated target, person, or event in space remote in space or time to that individual.

Remote Viewing: The acquisition and description by mental means of information blocked from ordinary perception by distance, shield, or time.

This means that US government agencies have been participating in Twilight Zone research, as defined by Jack Anderson, have been taken seriously by the highest levels of academia and government.

Why then have psychics, and people with telekensis, ESP, remote viewing skills, and other abilities been made to feel crazy?

As Weiler PSI stated: “Every psychic person that I’ve known has experienced some difficulty in dealing with life; and most have experienced a lot.”

It also makes one wonder why empaths are marginalized, as their psychic abilities begin to be revealed both to themselves and to others. Sharon Heller, Ph.D. said that many psychics endure all sorts of symptoms, including anxiety, that “may not just be in your head.”

Our anxieties are said to be psychogenic in origin, a result of stress, sensitivity, low self-esteem, a learned fear, poor coping, dependency, or negative thinking. But that’s clearly not the case.

How are these psychic tools used militarily? We already know we are subjected to mass Mind-Kontrol (MK-Ultra) experiments. What more is controlling our thoughts, and feelings?

We are also aware that the CIA and other alphabet agencies conducted top secret experiments that were successful in creating Manchurian Candidates or super spies programmed to carry out assassination, terrorist acts, sexual favors, and more without conscious knowledge of what they were doing. The army of Manchurian Candidates created may have played a key, hidden role in world politics.

The CIA has some more explaining to do about its covert projects. And in the least, we need to start honoring psychic abilities as true and real rather than labeling people with “psychiatric” or “medical” ailments.