The Compelling Link between Food and Mood: Eating Real Food Plays a Significant Role in How Mentally Healthy You Are 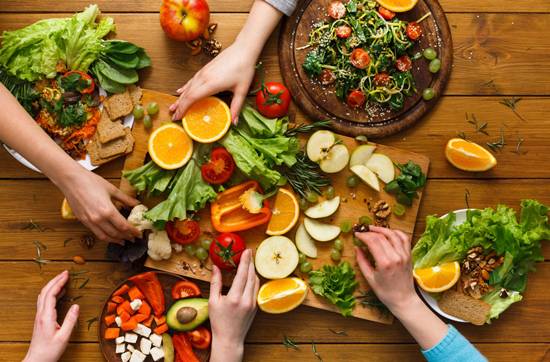 Across all the literature and studies on the potential link between mental health and one’s diet, experts agree that cutting down on inflammatory foods is a sure-fire way to feel better. The effects can be likened to the domino effect; with healthier food improving physical function, which in turn boosts mental health. Unsurprisingly, this strengthened mental capacity encourages people to be more physically fit, thus completing the cycle for better overall health.

Time and again real science has shown the compelling link between eating organic food and improved mental health. Scientists and nutritionists alike have highlighted and underscored it (twice) that the best way to beat depression (and similar mental illnesses) is to first look at the food one is eating.

The real killer here is a high-sugar diet that encourages the growth of free radicals that do a number on your body. This is not only limited to munching on a chocolate bar every now and then but in the consumption of sugary beverages such as fruit juices, sports drinks, and even flavored water.

None of these “healthy” water alternatives are doing your mental health any favors.
Several studies have proven that sugar triggers depression and other mental health problems by influencing several key processes in the body. One of the most worrisome is its role in suppressing the activity of a growth hormone in the brain called brain-derived neurotrophic factor (BDNF). Those with low BDNF levels are at an increased risk in developing both depression and schizophrenia.

Sugar also contributes to insulin and leptin resistance, which also plays a significant role in mental health. This is over and on top of the fact that an excess of sugar creates excessive reactive oxygen species (ROS) and free radicals that damage DNA.

Why you need real food

Consider these dietary suggestions to transition from processed fare to real food:
• Try intermittent fasting – This activates the body’s fat-burning mode which reduces inflammation. To gain the maximum benefits of this, consume high-quality unprocessed food. Since people will be eating less, it is better to load up on healthy fats. This will also prevent feeling sluggish and tired during the process.
• Start a ketogenic diet – Reducing the number of carbohydrates (especially highly-processed one) has significant implications on mental clarity. Nutritionists have found that nutritional ketosis brings about a sense of calm that cannot be obtained by eating sugar.
• Always exercise – This does not have to be excessive; the point is to prevent sedentary behavior that increases any form of inflammation in the body. Exercise may be the most effective antidepressant strategy out there, with medical professionals and natural healers continuously recommending it as a safe and effective intervention for depression.

Lastly, it is important to remember that most processed foods are also significant sources of genetically engineered ingredients and toxic chemicals. These are probably carcinogenic and have been proven to wreak havoc to our gut microbiome.
If we, as a society, use these toxins to kill insects efficiently, why is it suddenly all right for us to eat them?