The girl who can SMELL colours 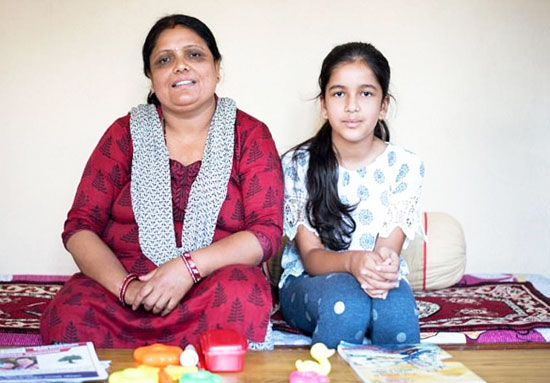 This incredible 11-year-old possesses the power to smell colours – even identifying them while blindfolded.

Deepti Regmi, from Nepal, believes that her strange talent comes from God.

Although no official diagnosis has been made, her bizarre ability appears similar to that of the sensory disorder synaesthesia.

The disorder, which can be brought on spontaneously, causes people’s senses to become “cross-wired” – making some smell, hear or even taste colours.

New footage taken of the youngster shows her identifying several different colours by raising them to her nose and sniffing them.

The clip, which is four minutes long, even shows her deciphering what colours are used on a newspaper page.

Local reports state she developed her bizarre ability in 2016, and since then has been training her brain to sharpen her sense of smell.