The impact of Wikileaks on UFOs 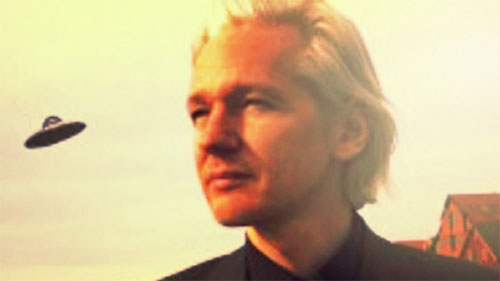 UFO discourse is shrouded in mystery, intrigue, and a large dose of eccentricity.

Mainstream media typically refuses to engage with the UFO topic, so UFO researchers and enthusiasts are generally left to congregate in the dark corners of the internet looking for scraps of reliable information to add to their repertoire.

It should come as no surprise that when a massive collection of UFO related information emerges from Wikileaks, the UFO crowd begins to frenzy. While Wikileaks is not constrained by the forces that restrict mainstream media, is the Wikileaks effect good for the study of the UFO question?

Rob Waugh of The Metro published a story in regards to a ‘Wikileaked’ diplomatic cable from 1978 in which Sir Eric Gairy, the former Prime Minister of Granada, approached the United Nations with a request for a formal investigation into UFOs.

Part of the cable states, [Gairy] had come to New York to present the item because of his “deep personal convictionˮ that the subject of UFOs was one of “world-wide importance and significanceˮ and indeed, one which warranted very serious consideration by the United Nations.

The story did get good circulation through UFO communities, but it raised an important question; is this cable Ufologically valuable, and transitively, does the massive collection of Wikileaks UFO data, from cables to emails, actually help in solving the UFO riddle? Answering this question requires a quick look back into the historical relationship between Wikileaks itself and UFOs.

Wikileaks exploded into cultural and social consciousness over six years ago when it posted hundreds of thousands of raw secret US government documents concerning the conflicts in Iraq and Afghanistan.

What soon followed were a quarter of a million classified diplomatic cables, many of which were quite damaging, and the general understanding that no one, no matter how high up they were in government, was safe from having their dirty laundry aired.

As time went on, and Wikileaks continued to release documents, UFO researchers began to search the Wikileaks archive for any mention of UFOs. From curious cables and messages regarding the planet Nibiru, to UFO cult recruiting practices, to even a city mayor referring to “life on other planetsˮ – the content on Wikileaks created significant buzz in the UFO world.

However, the biggest surge of UFO data came in 2016. Leaked emails from Hillary Clinton’s campaign manager and known UFO enthusiast John Podesta, infamously known as The Podesta E-mails, took center stage as the Presidential elections were in full swing.

While the bulk of the content was not UFO related, it did not take long for UFO researchers to begin digging into the collection to find as much UFO content as possible.

Why did the Oscars 2017 fiasco really occur?

3 Foods That Are Making You Mad