The inconvenient truth about cancer and mobile phones

By Mark Hertsgaard and Mark Dowie
The Guardian 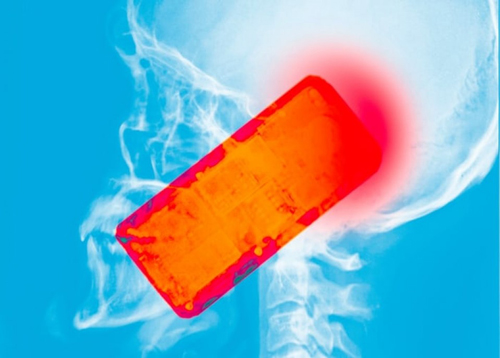 We dismiss claims about mobiles being bad for our health – but is that because studies showing a link to cancer have been cast into doubt by the industry?

On March 28 this year (2018), the scientific peer review of a landmark United States government study concluded that there is “clear evidence” that radiation from mobile phones causes cancer, specifically, a heart tissue cancer in rats that is too rare to be explained as random occurrence.

Eleven independent scientists spent three days at Research Triangle Park, North Carolina, discussing the study, which was done by the National Toxicology Program (NTP) of the US Department of Health and Human Services and ranks among the largest conducted of the health effects of mobile phone radiation. NTP scientists had exposed thousands of rats and mice (whose biological similarities to humans make them useful indicators of human health risks) to doses of radiation equivalent to an average mobile user’s lifetime exposure.

The peer review scientists repeatedly upgraded the confidence levels the NTP’s scientists and staff had attached to the study, fuelling critics’ suspicions that the NTP’s leadership had tried to downplay the findings. Thus the peer review also found “some evidence” – one step below “clear evidence” – of cancer in the brain and adrenal glands.

Not one major news organization in the US or Europe reported this scientific news. But then, news coverage of mobile phone safety has long reflected the outlook of the wireless industry. For a quarter of a century now, the industry has been orchestrating a global PR campaign aimed at misleading not only journalists, but also consumers and policymakers about the actual science concerning mobile phone radiation. Indeed, big wireless has borrowed the very same strategy and tactics big tobacco and big oil pioneered to deceive the public about the risks of smoking and climate change, respectively. And like their tobacco and oil counterparts, wireless industry CEOs lied to the public even after their own scientists privately warned that their products could be dangerous, especially to children.

Outsiders suspected from the start that George Carlo was a front man for an industry whitewash. Tom Wheeler, the president of the Cellular Telecommunications and Internet Association (CTIA), handpicked Carlo to defuse a public relations crisis that threatened to strangle his infant industry in its crib. This was back in 1993, when there were only six mobile subscriptions for every 100 adults in the United States, but industry executives foresaw a booming future.

Remarkably, mobile phones had been allowed on to the US market a decade earlier without any government safety testing. Now, some customers and industry workers were being diagnosed with cancer. In January 1993, David Reynard sued the NEC America company, claiming that his wife’s NEC phone caused her lethal brain tumor. After Reynard appeared on national television, the story gained ground. A congressional subcommittee announced an investigation; investors began dumping mobile phone stocks and Wheeler and the CTIA swung into action. 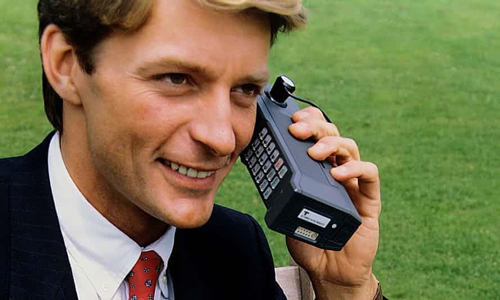 A week later, Wheeler announced that his industry would pay for a comprehensive research program. Mobile phones were already safe, Wheeler told reporters; the new research would simply “revalidate the findings of the existing studies”.
Carlo seemed like a good bet to fulfil Wheeler’s mission. An epidemiologist with a law degree, he had conducted studies for other controversial industries. After a study funded by Dow Corning, Carlo had declared that breast implants posed only minimal health risks. With chemical industry funding, he had concluded that low levels of dioxin, the chemical behind the Agent Orange scandal, were not dangerous. In 1995, Carlo began directing the industry-financed Wireless Technology Research project (WTR), whose eventual budget of $28.5m made it the best-funded investigation of mobile safety to date.

However, Carlo and Wheeler eventually clashed bitterly over WTR’s findings, which Carlo presented to industry leaders on 9 February 1999. By that date, the WTR had commissioned more than 50 original studies and reviewed many more. Those studies raised “serious questions” about phone safety, Carlo told a closed-door meeting of the CTIA’s board of directors, whose members included the CEOs or top officials of the industry’s 32 leading companies, including Apple, AT&T and Motorola.

Carlo urged the CEOs to do the right thing: give consumers “the information they need to make an informed judgment about how much of this unknown risk they wish to assume”, especially since some in the industry had “repeatedly and falsely claimed that wireless phones are safe for all consumers including children”.

The very next day, a livid Wheeler began publicly trashing Carlo to the media. In a letter he shared with the CEOs, Wheeler told Carlo that the CTIA was “certain that you have never provided CTIA with the studies you mention”, an apparent effort to shield the industry from liability in the lawsuits that had led to Carlo being hired in the first place. Wheeler charged further that the studies had not been published in peer-reviewed journals, casting doubt on their validity. His tactics doused the controversy, even though Carlo had in fact repeatedly briefed Wheeler and other senior industry officials on the studies, which had indeed undergone peer review and would soon be published.

In the years to come, the WTR’s findings would be replicated by numerous other scientists in the US and around the world. The World Health Organization in 2011 would classify mobile phone radiation as a “possible” human carcinogen and the governments of the United Kingdom, France and Israel issued warnings against mobile phone use by children. Nevertheless, the industry’s propaganda campaign would defuse concern sufficiently that today three out of four adults worldwide have mobile phones, making the wireless industry among the biggest on Earth.

The key strategic insight animating corporate propaganda campaigns is that a given industry doesn’t have to win the scientific argument about safety to prevail – it only has to keep the argument going. Keeping the argument going amounts to a win for industry, because the apparent lack of certainty helps to reassure customers, fend off government regulations and deter lawsuits that might pinch profits.

Central to keeping the scientific argument going is making it appear that not all scientists agree. Towards that end, and again like the tobacco and fossil-fuel industries, the wireless industry has “war-gamed” science, as a Motorola internal memo in 1994 phrased it. War-gaming science involves playing offence as well as defense – funding studies friendly to the industry while attacking studies that raise questions; placing industry-friendly experts on advisory bodies such as the World Health Organization and seeking to discredit scientists whose views differ from the industry’s.

Funding friendly research has perhaps been the most important tactic, because it conveys the impression that the scientific community truly is divided. Thus, when studies have linked wireless radiation to cancer or genetic damage – as Carlo’s WTR did in 1999; as the WHO’s Interphone study did in 2010; and as the US government’s NTP did earlier this year – the industry can point out, accurately, that other studies disagree.

A closer look reveals the industry’s sleight of hand. When Henry Lai, a professor of bioengineering at the University of Washington, analyzed 326 safety-related studies completed between 1990 and 2006, he discovered that 44% of them found no biological effect from mobile phone radiation and 56% did; scientists apparently were split. But when Lai recategorized the studies according to their funding sources, a different picture emerged: 67% of the independently funded studies found a biological effect, while a mere 28% of the industry-funded studies did. Lai’s findings were replicated by a 2007 analysis in Environmental Health Perspectives, which concluded that industry-funded studies were two and a half times less likely than independent studies to find health effects.

One key player has not been swayed by all this wireless-friendly research: the insurance industry. In our reporting for this story, we found not a single insurance company that would sell a product-liability policy that covered mobile phone radiation. “Why would we want to do that?” one executive asked with a chuckle before pointing to more than two dozen lawsuits outstanding against wireless companies, demanding a total of $1.9bn in damages.

The industry’s neutralization of the safety issue has opened the door to the biggest prize of all: the proposed transformation of society dubbed the Internet of Things. Lauded as a gigantic engine of economic growth, the Internet of Things will not only connect people through their smartphones and computers but will also connect those devices to a customer’s vehicles and appliances, even their baby’s nappies – all at speeds much faster than can currently be achieved. 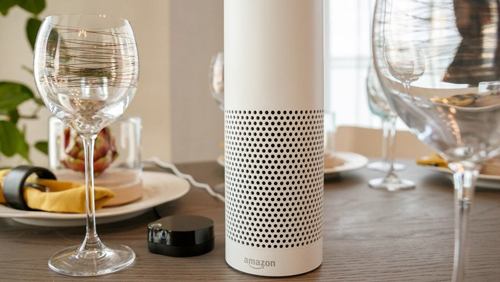 There is a catch, though: the Internet of Things will require augmenting today’s 4G technology with 5G technology, thus “massively increasing” the general population’s exposure to radiation, according to a petition signed by 236 scientists worldwide who have published more than 2,000 peer-reviewed studies and represent “a significant portion of the credentialed scientists in the radiation research field”, according to Joel Moskowitz, the director of the Center for Family and Community Health at the University of California, Berkeley, who helped circulate the petition. Nevertheless, like mobiles, 5G technology is on the verge of being introduced without pre-market safety testing.

Lack of definitive proof that a technology is harmful does not mean the technology is safe, yet the wireless industry has succeeded in selling this logical fallacy to the world. The upshot is that over the past 30 years, billions of people around the world have been subjected to a public-health experiment: use a mobile phone today, find out later if it causes genetic damage or cancer. Meanwhile, the industry has obstructed a full understanding of the science and news organizations have failed to inform the public about what scientists really think. In other words, this public health experiment has been conducted without the informed consent of its subjects, even as the industry keeps its thumb on the scale.

The Inexhaustible Power of Water