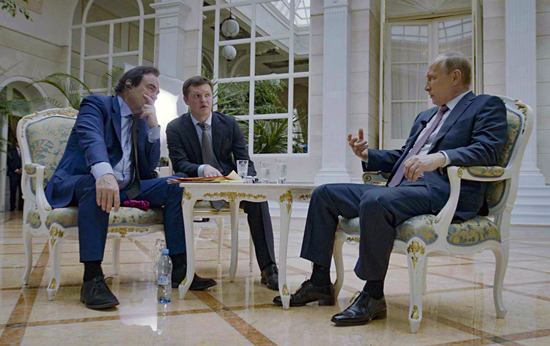 Oliver Stone, interpreter Sergei Chudinov and Russian President Vladimir Putin in a scene from the documentary

Legendary filmmaker Oliver Stone joined on 30 of June, the Liberty Report from his hotel room in Paris to discuss the controversy around his latest film, The Putin Interviews, a four hour look into what makes Russian president Vladimir Putin tick.

What’s behind the Russia hysteria in the US and what are its dangers? Also, Stone discussed with his host, Ron Paul how he has shaped the thinking of millions through the years with his immense story-telling abilities.

The Skype connection in this interview is not perfect, but the content more than makes up for it.