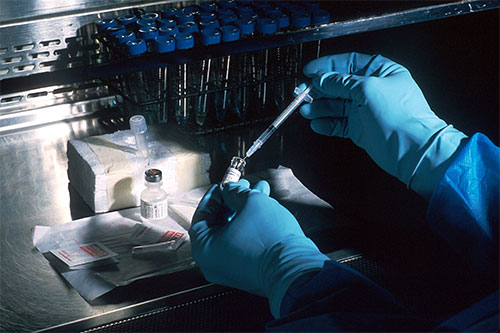 In 1989, 1,500 inner city minority children in Los Angeles County were given an experimental measles vaccine. The parents did not know it was not an approved vaccine, and that it was experimental. While this scandal was eventually exposed, are these types of covert vaccine trials still being conducted on an unsuspecting public? Who are the targeted participants for US clinical trials of vaccines? Why does the American government test vaccines that are 10 to 500 times the potency of licensed vaccines on US citizens? Why does the government conduct clandestine trials on unsuspecting participants regarding vaccine trials?

This spring will mark the 29th anniversary of one of the cruellest and most deceptive acts the Centers for Disease Control (CDC) has ever conducted.
In partnership with Kaiser Permanente Health System and Los Angeles County Public Health Service, an experimental measles vaccine was given to approximately 1,500 inner city minority children in Los Angeles County. Most of these children were six months of age.

The planning for this inoculation program started in 1989 with the vaccination campaign commencing in June 1990. This program came to a halt in October 1991.

The measles vaccine, Edmonston-Zagreb (E-Z) high-titers, was administered mainly to African-American children in an attempt to curb the measles outbreak in LA County.

The parents were not told that the measles vaccine was experimental, and it was not approved for use in the US.

These children from LA County were the guinea pigs, the living test tubes of the research world. Yet the CDC and World Health Organization (WHO) were telling the parents the vaccine was being used in other countries. What was not explained was the fact that the vaccine used in Los Angeles was not the lower titers used in other countries but rather a super charged high-titers E-Z vaccine. And it was experimental.

The E-Z measles vaccine was first used by UNICEF and other health organizations beginning in the late 1980’s, despite warnings of mortality increases in developing countries.

Consent Form Did Not Reveal Vaccine Was Unapproved and Experimental

The consent forms given to the parents to sign did NOT disclose that the vaccine was experimental. The brochure that was included with the consent form stated “this vaccine has been shown to be effective in younger children”.

The CDC director, Dr. David Satcher, stated in a LA Times interview, regarding not informing the parents of the experimental status, that: “A mistake had been made. Things sometimes fall through the cracks.”

And the parents will be unable to receive monetary compensation. More on this later.
CDC officials acknowledged that the omission was serious and attributed it to researchers’ knowledge that the lesser doses of the unlicensed E-Z vaccine had been used safely for decades outside the United States and that it had been recommended by the WHO.
“Our doctors just didn’t think of it as being ‘experimental’,” said Barbara Reynolds, an agency spokeswoman.

According to Dr. Satcher, after contacting the families and reviewing post surveillance reports, in that same interview, “none of the Los Angeles children, most of them five years old when the interview was conducted in 1996, were injured by the unlicensed vaccine”. But how long did the CDC conduct surveillance on the 1,500 children? Most reports are stating less than 6 months.
In that very same LA Times article, a review by the Office for Protection from Research Risks, within the Department of Health & Human Services (HHS), concluded that the study in LA County was scientifically justified but that the CDC, Kaiser Permanente, and LA County had erred in not informing parents that one of the vaccines was experimental.

The issue of non-disclosure of the vaccine came to light when Dr. Joanne Hatim, a doctor who was part of the public-interest vaccine safety group, started to ask questions.

Experimental Use around the World Caused Deaths

The E-Z measles vaccine used in other parts of the world caused great harm, with deaths and severe injuries, mainly to girls.
Because of reports from Haiti, Senegal, and Guinea-Bissau, the CDC cancelled the E-Z program in October 1991. Reports from several countries showed that the higher dosage vaccine caused long term immunosuppression and infants became more vulnerable to other diseases from six months to three years later.

Neil Miller wrote nearly three years ago in his article titled Minority Report: A Covert CDC Program Inoculated Black Babies with Deadly, Experimental Measles Vaccines about what happened in the nation of Senegal. Children who received the E-Z high-titers strain vaccine had a mortality rate 80% higher than children who received a standard vaccine. There were 75 excess deaths for every 1,000 babies vaccinated. Basically, one of every six babies vaccinated with the E-Z high-titers died within three years.

An analysis of the deaths showed the children were not dying of the measles. Most of the deaths were from other common childhood diseases. Apparently, the high-titer measles lowered overall immunity making the children fatally susceptibility to diarrhea, dysentery, malaria, malnutrition, acute respiratory ailments, and other infectious diseases.

Within the nation of Haiti, the E-Z measles inoculation program targeted the capital city of Port-au-Prince, specifically the Cite’ Soleil community. This area is one of the most impoverished areas of Haiti.

A Washington D.C.-based organization, Office on Haiti, in July 1996, released the following statement regarding the E-Z high-titers vaccination program in their country by Worth Cooley-Prost, a researcher and past president of the organization:
“Haiti has been an offshore laboratory for drug research for decades. What is really frightening about this experiment is that the WHO was ready to buy 250 million doses for Third World babies. Millions would have died but nobody would have realized the vaccine was to blame because six months to three years passed before babies died. The investigator who found the mortality problem had a very hard time convincing the other researchers to take it seriously. And the vaccine was slated for use in the inner-city infants in the U.S.”

What Was the Real Purpose of This Experimental Vaccine? 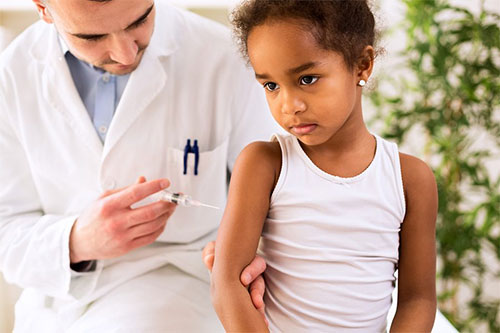 Simultaneously, the National Institutes of Health financed human trials in Haiti with an experimental HIV vaccine.

Disturbing is the fact that some of the babies enrolled in the HIV trial were enrolled in the E-Z measles trial as well. According to a study from Haiti published in 1993, infants who died in E-Z vaccine trials were not noted as to their HIV antibody status. Thus this critical detail was deliberately excluded from mortality figures.

According to Cooley-Post, “It is unknown exactly how many of the babies died.”
The purpose of the E-Z measles study in LA County was to compare against the Moraten measles vaccine, the standard vaccine used in the US at the time. We can safely assume that the CDC and WHO knew of the high mortality rates in Africa and other nations, and they refused to suspend or cancel the pending LA County inoculation program.

But why did the CDC and WHO want to use a high dose version of E-Z?
The answer starts with the mother. The mother will pass on her measles antibodies if she was exposed to wild measles earlier in life. At the time of the study, the current vaccines for measles were not effective for new-borns and children up to the age of 12 months.

What makes this whole experimental effort a sick and perverse one could be summarized by a statement in the January 1996 issue of Pediatrics. In the journal article, authored by the CDC, Johns Hopkins, and Kaiser Permanente officials, the issue of combating maternal antibodies “will not be a problem in the future because by then, all mothers will have been vaccinated and won’t have maternal antibodies to give to their infants, and so all babies will be candidates for measles vaccination after birth.”

Below is the title of a research study published in Vaccine in 2013 and its conclusion of ridding maternal antibodies:

“Measles antibody levels after vaccination with Edmonston-Zagreb and Schwarz measles vaccine at 9 months or at 9 and 18 months of age: A serological study within a randomised trial of different measles vaccines.”

“Maternal antibody levels have declined significantly in recent years and 99% had protective levels of measles antibody following primary measles vaccine at 9 months of age. It is unlikely that measles prevention and child health will be improved by increasing the age of measles vaccine as currently recommended.”

Conclusions: Was this all Planned to Replace Natural Immunity with Vaccines?

Is this an admission of a planned and orchestrated effort to remove all natural antibodies from the human race and replace them with artificial immunity from vaccination?

The Horror Of The Deep State’s Plan Exposed (4)