Editorial staff note: Please use your discernment while reading this article. Although some aspects presented here may be pure fantasies, this text also contains certain pieces of interesting information, therefore we decided to present it to you.


The Nature of Time and Consciousness

Because of the simultaneity of all realities, what is experienced in the future and the past is not linearly organized in the overall sense but only to the biological consciousness experiencing that perspective. 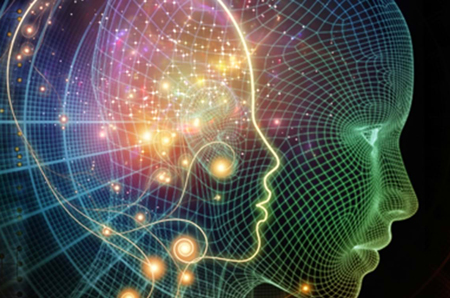 In this way, the physical life experience is akin to a ‘pre-programmed’ reality where one can access different future and past trajectories depending on their activation of that ‘beyond the physical’ level of free-will from the soul-awareness.
Then, motion in life is not linearly through the temporal trajectory as one ages, but through a perpendicular motion across a multitude of interactive parallel realities that are accessed or repelled depending on one’s internal configuration of free-will, intention, and focus correlating the self with one or another ‘character role’ of a particular reality.

All Possibilities Are Present

Then, the goal is not necessarily to travel from parallel to parallel and seek to experience every little detail or change, but to finalize one’s experience by attaining just what is necessary to move into completion and accept the true nature of the cosmic self and to foresee the possibilities in any moment of what could be or has been and to choose to align with what is the most harmonized with the ALL that is.

This way reality isn’t an endless stream bouncing around from possibilities to possibility based on a shifting array of variety, but a careful and organized reflection of the whole centered through harmony and self-awareness which is found through a balance of intentions, free-will and focused or unfocused creativity. When one steps into that character role, then they are aligning their ‘script’ with that of the cosmic creator, rather than just a small portion of the dream. Then the dream, the parallel, the limited, preprogrammed stream, begins to align with, contain and become harmonized with the entire show instead of remaining as just a side-script or preview.

This can only occur through free-will and intent and takes place when one stops spending time in the side-realities, and skipping the level of possibilities from parallel to parallel based on whatever fleeting desire, intention, image, or projection is passing through one’s awareness. When that process is controlled through compassion, harmony and free-will, then one’s reality is literally akin to the sculpture shaped by the artist.

The Cycle of Time

That is the cycle of time and consciousness. One goes far enough in the past or future and they return to the present, like a wheel. The ideal question then is how does one find liberation from that wheel? 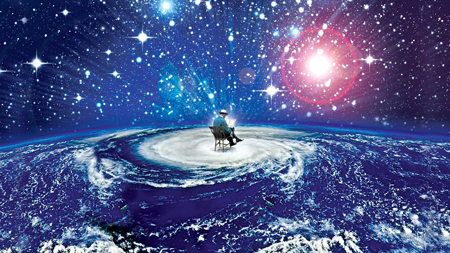 This is through becoming the programmer of the possibilities. It would seem, since reality is only temporally linear from the perspective found through biological consciousness that all the possibilities are simultaneously present and instead of being generated ‘real-time’ are scripted together as a stream of probable outcomes which are then called up and activated through the experience that one calls life. In this there is a sliding scale of free-will dependent on how much one believes that the linear trajectory is all that is, or whether they discover that linearity is an illusion and one is not limited to just forward and backwards but is actually within a sea of parallel probable realities depending on that internal configuration of the ‘script’ they interact with reality through.

So then, if this reality is a kind of scripted event with an adjustable scale of free-will and in this particular ‘spiral’ of trending preferences this civilization is interdimensionally manipulated by the few to recreate the same cycles over and over where they are on top or sustaining themselves from the energy of the continually restricted awareness of the people, then how would one achieve liberation from such a reality?
Would the answer by in going further up or down the script that has been edited and ‘rigged’ to our disadvantage so that the same ‘roles’ are applied over and over?

No, that would merely require the same parameters that have already been scripted and rigged in order to bring about any change to experience. One would have to begin to move in the dimension of parallels in order to apply a new ‘character role’ to their self-initiated interactions and their intentions, free-will, focus and creativity would be paramount to this process. Thus, instead of interacting on the level of the script where people are trapped, people begin to interact with a new script where the same reactions and character roles do not apply and that reality then begins to replace this one in the same way that the original reality was modified and slowly replaced to generate the oppressive system that is present now.

Thus, by becoming aware of the higher-dimensional nature of reality which supersedes the illusory linearity of time and biological consciousness, humanity can begin to assume the role of the ‘programmer’ or ‘script writer’ and begin to alter that pre-determined ‘wheel of time’ that has been repeating over and over again.

Eventually, if we are to be adept at this process, the ‘wheel’ aspect of the repeating variables could be overcome altogether and the ‘projected linearity’ could become an actual real-time experience which transcends the limitations of the third dimensional and fourth dimensional environment (and the traps and illusions) altogether.
Thus, people could literally program the changes they want to experience into reality, and then go forth and experience them, rather than relying on ‘middle-men’ and incorrect assumptions that result in the loss of self-control over one’s experience which has plagued this society for many cycles.

This is literally how this civilization begins to wake up from the pre-programmed tricks that have been used to enslave society repeatedly which is literally no different than a sitcom or a game show where the protagonist or winner is always in favor of constraining humanity’s development through trickery and deception that is always presented right out in front, right out in the open per the game-rules.
Thus, it’s all about a choice and a willingness to overcome, even in the face of many people who seem to not have a desire to choose or care at all about the outcome of the game overall.

By waking up to the trickery and the nature of consciousness and time in the sense of how the linear illusion must be programmed based upon the nature of all possibilities already existing, that nothing is generated from within, we can then understand how all these deceptions have been achieved by operating from outside the perspective of the physical plane and that in these in-between layers of the universe are the fourth dimensional traps and loops which have acted to autonomously reset or repel one’s awareness from reaching total self-awareness, true self-control and activation of the multidimensional nature of DNA and genetic memory. 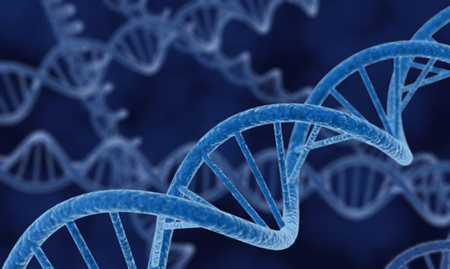 Genetic memory and DNA itself is literally extra-dimensional. How does memory extend, whether through programming, love or trauma, from one generation to the next, through genes? The information is within the cells? The information of the one simultaneously occurring time is present and constantly connected to and interacting with the information of another simultaneously occurring time and they are connected through a space that transcends the linearity of third or fourth dimensional time and exists in a higher dimensions.

The DNA literally engages in a manner so that a series of unique harmonies are created that are only present in that one place in the universe and no other. Thus, the forwards and backwards temporal streams of time are connected together in the same universe.
Then when enough of the light transference capacity is activated, the information of the proximal parallels is also entangled and interacted with through that uniquely present series of harmonies that are generated through the complex array of light entangled through the DNA.

This is why there is such a push to destroy the genetic purity of original races, because the power in pure DNA is the power that is achieved through the combination of not only all ancestors of the single time and universe, but ALL other proximal universes where that same harmonious pattern is generated.

Thus, the DNA is a marker of the genetic ‘space-suit’ regarding where the individual soul has traveled and how their journey has been made. If there is less harmony and more distortion then the power level will be only relative to the physical body in physical universe and even then separated from away from the ancestors and thus the higher-dimensional, non-linear immaterial connection to all that is.

If there is more harmony and less distortion then that individual will be connected to their ancestors across the 4th dimensional barrier into the 5th dimension and they will be potentially connected through the 6th and higher dimensional bridges to alternate or parallel realities where that same pure, undistorted DNA is held and constantly emitting and transfering light information to all other ‘selves’ in the cosmos.

Thus, the DNA is a multi-dimensional cosmic communication and ID system whereby one’s connection to their personal source and the collective source of all when there is clarity and purity in the DNA which is found through a harmonious application of free-will, compassion, and creativity to unveil and express the true knowledge of the soul-level of awareness which is literally that higher-dimensional link beyond the physical boundaries of the universe. When the feelings, actions and bio-emissions and thoughts are generated in according, in respect, in reflection, in alignment with the true overall higher-self which is beyond the distortions, beyond the programming of another, beyond the biological consciousness or animalistic behavior patterns, then that DNA link beyond time begins to activate and act as a transceiver giving one access to not only all the memories of all (because all already exist, one merely has to focus on a possibility) but to the ability to create the future and assume that character role of the cosmic script-writer.

Since love connects the family that bond (not money or material, or desire) then this is the medium through which DNA is activated and connected.

You create those higher beings. If you believe you are here for love, as a result of love and sustained through love, then a loving extra-dimensional reflection extends towards you from the cosmos and participates in the correspondence of that role.
Those who do what they do out of fear, disharmony, lust, greed, hate, etc. etc. etc. create that kind of oppressive entity for themselves. Those who are the entities of the fourth dimensional astral trap and they are generated by and only applicable to those who are generating and resonating with them.

There are many plans to push these resonations of fear, distortion, toxins, etc. etc. etc. through the environment, the food supply, the media, however if you know of this whole process, all the beauty, the power, the illusion, the truth, then you can choose to remain harmonious and what will happen will extend from that choice.