The Centers for Disease Control (CDC) report minor side effects from the MMR-V and MMR vaccines to include low-grade fever, injection site redness or rash, pain at the injection site, and facial swelling. Moderate side effects include a full body rash, temporary low platelet count, temporary stiffness and pain the joints and seizures, and seizures. MMR-V, however, has been noted to have a higher risk of seizures than separate administrations of MMR and varicella vaccines, especially when given as the first dose of the series. 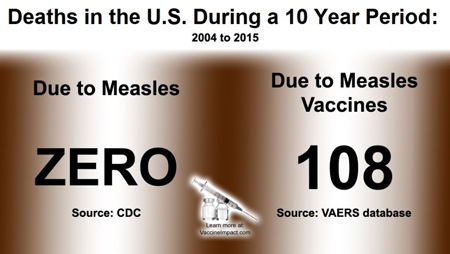 MMR-V vaccine contains albumin, a human blood derivative, and as a result, a theoretical risk of contamination with Creutzfeldt-Jakob disease (CJD) exists.
Merck states that no cases of transmission of CJD or other viral diseases have been identified and virus pools, cells, bovine serum, and human albumin used in vaccine manufacturing are all tested to assure the final product is free of potentially harmful agents. 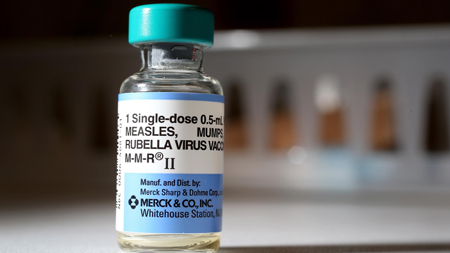 In 23 of the 30 measles, mumps, and rubella (MMR) vaccine-related adverse events evaluated, the IOM committee concluded that there was inadequate evidence to support or reject a causal relationship between the MMR vaccine and the reported adverse event, primarily because there was either an absence of methodologically sound published studies or too few quality studies to make a determination.

In 2012, the Cochrane Collaborative examined 57 studies and clinical trials involving approximately 14.7 million children who had received the MMR vaccine.
While the study authors stated that they were not able to detect a “significant” association between MMR vaccine and autism, asthma, leukemia, hay fever, type I diabetes, gait disturbance, Crohn’s disease, demyelinating diseases or bacterial or viral infections, they reported that “The design and reporting of safety outcomes in MMR vaccine studies, both pre- and post-marketing, are largely inadequate.”

Over 50% of those adverse events occurred in children three years old and under. However, the numbers of vaccine-related injuries and deaths reported to VAERS may not reflect the true number of serious health problems that occur develop after MMR vaccination.

Even though the National Childhood Vaccine Injury Act of 1986 legally required pediatricians and other vaccine providers to report serious health problems following vaccination to federal health agencies (VAERS), many doctors and other medical workers giving vaccines to children and adults fail to report vaccine-related health problem to VAERS.

There is evidence that only between one and 10 percent of serious health problems that occur after use of prescription drugs or vaccines in the U.S. are ever reported to federal health officials, who are responsible for regulating the safety of drugs and vaccines and issue national vaccine policy recommendations.

As of January, 2019, until March, 2019, there have been 1,258 claims filed in the federal Vaccine Injury Compensation Program (VICP) for 82 deaths and 1,176 injuries that occurred after measles vaccination.
Of that number, the U.S. Court of Claims administering the VICP has compensated 483 children and adults, who have filed claims for measles vaccine injury.

Read the second part of this articlehere